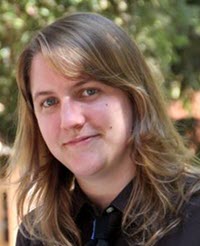 In 1993, renowned legal scholar and Critical Race theorist Cheryl Harris's Whiteness as Property examined how property rights interact with and reinforce race. Harris documents how the American property regime developed in tandem with conceptions of race to inhere the white identity with protected legal value, shaping historical patterns of domination and continuing to “reproduce subordination in the present.” This paper attempts to build on this canon by considering the role of the corporation--and, particularly, the expansion of corporate privilege--in reinforcing these same property interests. I explore how legal conceptions of the corporation developed alongside whiteness as property, evolving and expanding with modern “colorblind” jurisprudence to reify white domination through an ostensibly race-neutral mechanism.

Part II begins with a discussion of Harris's Whiteness as Property, which lays the intellectual foundation for my analysis. I next consider how whiteness as property has persisted despite the gains of the civil rights movement and related remedial efforts, suggesting that the expansion of corporate privilege has played a major role in enabling ongoing inequities in access to opportunity and resources.

Part IV offers a detailed history of the expansion of corporate privilege and its interplay with race, tracing this evolution from Reconstruction and the Lochner era to the retrenchment of corporate interests following advances in civil rights, and finally to the recent controversies surrounding the global financial crisis and groundbreaking Citizens United decision.

Finally, I conclude in Part VI by echoing Harris's call to de-legitimate the property interests in whiteness and urging that, to fully achieve racial justice, we must de-legitimate corporate privilege as well.

Twenty years ago, Cheryl Harris characterized the property interests in whiteness as “resilient and adaptive to new conditions.” She noted that “[o]ver time it has changed in form, but it has retained its essential exclusionary character and continued to distort outcomes of legal disputes by favoring and protecting settled expectations of white privilege.” Ongoing power and resource disparities support Harris's contention that Brown did not eradicate white dominance. Instead, the mechanisms that enforce these interests appear to have gone undercover. As this paper has suggested, this latest iteration of whiteness as property has taken the form of expansive corporate privilege. Corporate privilege plays the dual role of reinforcing white racial dominance and creating a new privileged identity of its own: the corporate ruling elite. The corporate form offers an ostensibly race-neutral mechanism to maintain historical subordination--making corporate privilege the ideal tool to reify whiteness as property in the “colorblind” age that has followed Brown.

Fortunately, the corporate form has one major weakness: it is, at its heart, an “unadorned legal construction.” Just as Brooks suggested that “[i]t is much harder to maintain that blacks are naturally inferior to whites, and therefore subject to white control, if blacks are [only] made so by law,” it is difficult to reinforce corporate supremacy when corporations are merely artificial legal entities. Ellis asks “whether Citizens United marks the beginning of an era where this country makes plain the existence of tiered political personhood, where the individual citizens' interests are sublimated to the interests of corporate artificial persons.” The sustained outrage over Citizens United's endorsement of corporations as people suggests that it may indeed be. Unlike the deep entrenchment of racial divisions in this country, there seems to be much broader agreement that corporations have been empowered by law, and thus may be disempowered by law.

Harris argues that to begin to approach racial justice in the American context, we must de-legitimate the property interests in whiteness. Race conscious remediation and properly constructed affirmative action programs are essential to this process; but to fully de-legitimate whiteness as property, we must also de-legitimate corporate privilege. Against the backdrop of the global financial crisis and broad outcry over Citizens United, there may be no better time than the present to dismantle corporate privilege--and destabilize whiteness as property at the same time.

Graduate of UCLA School of Law, as part of the David J. Epstein Program in Public Interest Law and Policy and the Critical Race Studies specialization.