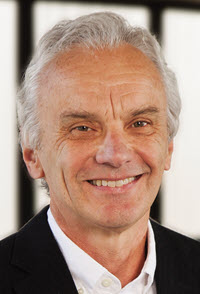 Race is not a natural, self-evident, or timeless idea. It exists as a social construction. Its primary work is to express two parallel and intertwined conceptions--the inferiority of the non-White and the always corresponding superiority of the White race. If Blacks are lazy, Whites are implicitly industrious. If Blacks are prone to criminality, Whites are law-abiding. If Blacks are not patriotic, Whites are, and so on. When Whites who hold these racist ideas exercise discretion and power--as judges, police officers, employers, and so on--the Whites in their world receive an illicit boost, a presumption of worthiness and belonging. While many White Americans reject this terrible, unwanted boost, many other Americans, consciously or unconsciously, presume that racial differences are real and that being White makes them inherently superior to those deemed not White. This is why, notwithstanding all their pleas for a “color-blind” society, many Whites would seek to sustain a color-conscious world.

Yet the cultural significance of race has seemingly eroded in the last half century. Through the mid-twentieth century, White Americans could find the very message of their racial superiority in the formal legal structures of apartheid. Fifty years ago, White Americans could look across the cultural spectrum of politics, business, the professions, academics, and even sports and see a nearly unbroken reflection of their own White faces. In political and social discourse, professions of White supremacy remained acceptable, even common in some settings.

Today, things are different. While race remains etched into the face of poverty, prison populations, and mass-media cultural stereotyping, White America has to confront a new world where state laws no longer convey the reassurance of racial supremacy, where the places of privilege and power are more colorful, and where talk of racial supremacy must be done more carefully and quietly by those in the public eye. While being White is still a source of enormous privilege and advantage, it may seem, from the White perspective, not what it once was.

As White Americans contemplate the erosion of the cultural markers of White supremacy, they must also confront another unsettling prospect--the contemporary demographic trends that show the end of White numerical dominance looming. The White majority in this country on a national level has gone from nearly 90% in 1940 to approximately 77% in 2000 and continues to drop. In particular regions and states, the effects are more dramatic. For example, California has gone from a 92% White majority in 1960 to 63.4% White majority in 2000. Demographic studies project that the state will become a White minority state by the middle part of this century.

Yet, even these demographic numbers suggest that White Americans outside several specific states and regions have little reason to contemplate a racial minority status anytime soon. And, after all, these are mere population statistics. The more important numbers are those that reflect wealth, status, and real political power and, one would expect, these numbers would reflect a continuing White dominance.

Still, the very idea of a state or a region where Whites are a racial minority has great symbolic and political resonance within the White community. This is especially true in the context of the rising Latino population in the Southwest. Consider the recent attempted takeover of the Sierra Club by a group that campaigned on the idea that immigration, legal and illegal, was the most important environmental issue of our time. And whatever the actual demographics, studies show that Whites tend to overestimate the “Browning” of this country. Looking at the landscape of California politics over the past several years, for example, it is clear that “White minority politics” is a powerful force.

Thus, we live in a time when many White Americans perceive themselves to be living in an increasingly “Brown” America in which they will soon be outnumbered and in which “being White” is given less overt cultural significance. For these White Americans, it is a time of racial anxiety.

In the midst of all this, all of America experienced the events of September 11, 2001. “9/11” changed everything, we are told. Undoubtedly, the wake of that fateful day has washed over this country, as well as the rest of the world. Much is different today. We have become almost used to the intrusive security measures at our airports and the concrete barricades surrounding our public buildings, while the most violent and radical transformations post-9/11 have occurred outside our borders as two nations, so far, have experienced the “shock and awe” of our military assault. The Bush administration, in the name of national security, continues to assault our civil liberties. We have shredded the Geneva Convention and, after Guantanamo Bay and Abu Graib, any serious notion of rules for the treatment of the captured enemy seems lost, perhaps for all time and for all future conflicts. The horrific events of 9/11 triggered these and many more changes, here and abroad. And the ripples and reverberations still spread. Thus, it is surely sensible to speak of a “post 9/11 world.”

In this essay, I explore a particular set of ripples outward from 9/11, namely, the effects on the racial identity we call “being White.” I want to show that these contemporary ripples are part of a historical narrative about national identity that runs like a thread through our nation's history. This narrative about “America” expresses the notion of White supremacy through an amalgam of civic and racial nationalism and thus serves to assuage the racial anxiety of White Americans at a time when that reassurance is perhaps most needed.

This will be tricky business. Tracing threads from one historical event to another and then from those events to a cultural conception like “being White” is always a reductive and speculative enterprise. That is, the myriad variables always shroud both the past and the present and make our causal claims suspect. Nonetheless, as we struggle to better understand our contemporary circumstances, what better tools do we possess than to look back as best we can?

Looking back at various historical moments, the idea of America as a White, Christian nation with a special destiny has taken center stage. We seem to live today in such a moment. In this essay, I seek to support that hypothesis and discuss its unsettling implications.

The exceptional resonance of the very idea of “9/11” is perhaps the most significant part of the unique context for our contemporary national identity. This idea has become a lever of political manipulation of a magnitude not known since the fall of communism. As 9/11 lead inexorably to the “War on Terror,” and as the War on Terror drives a pre-emptive unleashing of American military force abroad and an assault on civil liberties at home, the parallel development of a new form of civic, racial, and religious national identity is easily overlooked.

As we witness the construction of our national identity, we ought to remember the lessons of the last century. As Eric Weitz has demonstrated, a strong civic and racial nationalism has been the precursor of the darkest moments of the unhappy century we have just left behind. This is not to suggest that we stand today at the threshold of an American-driven genocidal program. What is missing from the historical formula is any “vast utopian ambition.” As the great twentieth-century thinker, Isaiah Berlin, so clearly reminded us, when you think you know how to take your people to the Promised Land, you do not mind letting blood along the way. So far at least, America's serious contemporary political leaders lack the messianic vision that might complete the formula.

At the same time, we must wonder how all this looks from other perspectives. The calm assurances that America is nowhere near a genocidal program may seem less obviously true from the perspective of a village in Afghanistan or Iraq or a cell in Guantanamo Bay or Abu Ghraib prison. Still, the motivations for our use of violence abroad today seem more driven by miscalculation and corruption than by true utopian vision. The Promised Land of today's crusade may likely be the oil fields of Iraq.

In trying to imagine what national agenda may emerge from a new conception of “America,” the most relevant historical analogy may come from the late nineteenth and early twentieth century, from the ideas of Harlan and Teddy Roosevelt and the America that they helped to create. Harlan, like so many White men of his time, embraced a genteel and “scientifically grounded” form of racism. Thus, Harlan was able to enact the role of the great dissenter in Plessy while only several years later dismissing the pleas of the Black families whose children were denied the high school education afforded to White children. The system of apartheid that followed Plessy resonated perfectly with the civic and racial nationalism expressed in Harlan's opinions.

At the same time, the political ascendancy of Theodore Roosevelt was driven in part by his vision of America--a great melting pot out of which emerged a people of destiny. Yet, the pot had no room for Blacks or Asians, although they had to be accommodated as a practical matter. Apartheid was thus the perfect solution for an inferior Black race that could not be sent back “home,” while restrictions on immigration were the answer to the Asian “problem.” Meanwhile, the southern and eastern Europeans thrown into the melting pot would become Americans in the fullest sense, that is, White Americans.

The greatest challenge for our nation, and perhaps any nation, is the maintenance of a coherent sense of national identity that might hold the nation together against the centrifugal forces of difference and dissent, while avoiding the nativistic and racist sense of national identity that can lead to slavery, apartheid, other forms of subordination, and, in the worst instance, domestic genocide. America, post-9/11, is balanced on the tightrope of that very tension. We may witness some new form of nationalism that fuels what may be the last gasps of a White race that feels it is quintessentially American. Such a form of nationalism may in turn drive and legitimate domestic initiatives that seek to thwart what the demographers suggest to be the inescapable twilight of White supremacy.

These initiatives might come in various forms in different contexts. We may expect the deployment of military force to be shaped in part by the racial tones of our new nationalism and our War on Terror. At home, domestic policy may turn increasingly away from the problems of the marginalized and towards the needs and desires of White Americans. Immigration policies and border security may reflect the “menace” beyond our southern borders. It is, perhaps happily, an unknowable future.

The White man at the dawn of the twentieth century faced a frightening set of racial circumstances--the former Black slaves in his midst as free men and American citizens. His ideology included a nationalism that was both civic and racial in its central principles. His program was subordination through apartheid.

The White man at the dawn of the twenty-first century faces all the commonly shared perils of his fellow citizens, the lingering horror of 9/11, the uncertain contours of the War on Terror, but also and uniquely, he faces the knowledge that an America that he has always thought of as essentially his seems to be slipping away in an increasingly multi-racial America. If his ideology becomes an invigorated, twenty-first-century form of the racially infected nationalism of Harlan and Roosevelt, what rough beast might emerge in the twilight of a White America?