VAWA Reauthorization of 2013 and the Continued Legacy of Violence Against Indigenous Women: A Critical Outsider Jurisprudence Perspective 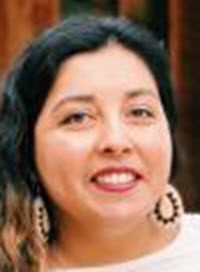 I begin this article situated in story as a form of survivance. Malea Powell describes the concept of survivance as the ways in which our own stories help carry us through the generations. This is done in resistance to the dominant narratives of who we are. In this context, it is a way to survive the retelling of law and policy while resisting a dominant system that tells us we are protected by these same laws and policies. Keeping in mind that the legal system does not typically incorporate the power of story into the conversation, it is important to find ways for us to keep our voices heard in ways that not only help describe the impacts of law and policy, but also to recognize the ways in which these stories can help us reimagine further reforms. Richard Delgado describes legal stories as ways to give voice to and perspective of oppressed groups. Their experiences are brought into the reality of the dominant groups as, “Stories, parables, chronicles, and narratives are powerful means for destroying mindset--the bundle of presuppositions, received wisdoms, and shared understandings against a background of which legal and political discourse takes place.” This article is part of a larger story about legal loopholes related to the legacy of murdered and missing Indigenous women, situated primarily in the context of the United States. It is my hope that by being in community through this story we can envision ways in which we create healing that may be missed by the current legal system.

Understanding the complexity of Indian Law in this country and the ensuing effects on Indigenous women, particularly in regard to missing and murdered Indigenous women, must always begin with a conversation about land. Our lands and bodies have been exploited, commodified, and violated in very connected and systematic ways. Federal law and policy build a foundation that not only normalize this violence, they validate it. The laws create structural issues that are based on race, gender, and social locations. This article will discuss loopholes that exist within the current legal system with emphasis on the Violence Against Women Act Reauthorization of 2013. It is those outside of Indigenous communities that create and regulate the laws that make this violence as prevalent as it is, which will also be discussed. This is important to note as, “... how race is used is always a question of power. The techniques for wielding that power may be more or less sophisticated. Power involves not just power over the objects of regulation, but those objects become instruments for apportioning power among the powerful.” Additionally, using a critical outsider jurisprudence lens to approach violence against Indigenous women is a necessary piece in using our own voices to address the systemic flaws in existing laws that fail us as Indigenous women.

Indigenous women. Sacred, worthy of life, resilient. Indigenous women. Who will hear our cries carried by the wind, down the courtroom halls, silenced by the gavel of the law? Indigenous women. Can the laws ever really protect us? This is not a question that has an easy answer. Thus far, the legal recourse to prosecute non-Indians under VAWA has been minimal, despite being reauthorized nearly five years ago. Clearly the violence has continued. What about those women who are not covered under the act? Who will speak for them? How can we prevent reservations from being considered hunting grounds by those who continue to inflict this generational violence? What will it take to stop them? So many unanswered questions and so much work to do. One thing that is evident is that we must continue to use a critical outsider jurisprudence view when it comes to the laws that are enacted to protect us. Otherwise, our voices will not be heard, and we will continue to suffer as a result. Our stories can counter the dominant narrative and, “... open new windows into reality...” for others to see. For, if we do not look out for each other, who will? Without the voices of Indigenous women, and our stories, laws like VAWA will continue to fail us. It is crucial that we are part of the conversations. Our lives depend on it.

I use the words “Indigenous, Native, American Indian, Native American, and Indian” interchangeably throughout this article in reference to the Indigenous people of North America.