Whiteness and Women, In Practice and Theory: A Response to Catharine Mackinnon 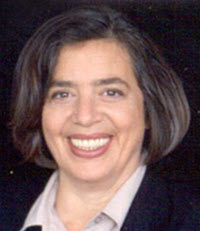 As a white woman, I want to respond to Catharine MacKinnon's recent essay subtitled “What is a White Woman Anyway?” I am troubled both by the essay's defensive tone and by its substantive arguments. MacKinnon's contribution to feminism has emphasized the ways in which gender is constructed through male domination and sexual exploitation, and the profound structuring effect of male power on women's lives. This emphasis on what is done to women creates conceptual problems in understanding race and particularly in understanding whiteness. Defining gender by what is done to women makes it hard to see the many ways in which women act in our own lives and in the world. Dominance and privilege tend to seem normal and neutral to the privileged. To overcome this tendency, white people need to see aspects of our actions in the world that are particularly difficult for us to see. The difficulty in seeing women as social actors interacts with the difficulty that white people have in seeing whiteness and its privileges.

Other feminists have criticized MacKinnon's work for the extent to which her emphasis on sexual oppression displaces attention to racism, and for treating race as additive or incremental to the “essential” oppression of women. Her emphasis on the ways in which women are constructed as the objects of male power has been criticized for its tendency to overlook resistance to power or to treat as inauthentic interests women perceive as our own. My essay focuses on the interaction of these issues and their consequences in MacKinnon's feminist theory. Understanding the social construction of race requires a vision of women as differentiated social actors.

White women urgently need ways of understanding and working on race and racism that are not liberal-neither based on liberal guilt, nor liberal as the term is used in critical theory (as in liberal legalism, with its emphasis on individualism and intent). Like MacKinnon and many other feminists, I believe feminist theory must be built from the diverse practice of many women. I emphasize in this practice women's creativity and struggles to survive under oppression as well as our experience of oppression. I also suggest that a sharp split between theory and practice hides the ways in which race as an ideology affects the development of pluralist feminist theory.

In her recent response to critiques of essentialism, MacKinnon states that the method of building feminist theory out of the necessarily diverse practice of women inherently includes the particularity and diversity of women's experience. The problem, she argues, is that academic women start with theory, not practice. The practice of women is the experience of oppression. Discrimination based on sex is the legal theory that embodies the practice of experience as a woman. She cites landmark women's equal-rights cases on sexual harassment and pregnancy leave in which the plaintiffs were African-American women to show that these plaintiffs, Mechelle Vinson and Lillian Garland, were oppressed “as women.”

MacKinnon believes that much of the discussion of the privilege of white women is based on denying the existence of oppression as women. Critiques of white feminists reflect a reluctance to identify with white women, a reluctance based on seeking identification with men, a greater source of social power. “White woman” is a term in which the modifier “white” discounts the oppression embodied in the category “woman.” MacKinnon resists this discounting: if “white” means “not oppressed,” she answers that women are oppressed. The way that white women are constructed and treated is “a particularly sensitive indicator of the degree to which women, as such, are despised.” What is done to white women is a “floor” for what is done to all women. What is done to women of color is more, added, and worse.

Finally, the structure of MacKinnon's argument tracks her substantive emphasis on the objectification of women. She analyzes the ways in which women of various races appear in pornography a framework of inauthenticity in which women are actresses playing roles created by men, and not social actors in our own lives and in the world. In an extended, ironic, rhetorical passage, MacKinnon examines the “problem” of the white woman as objectified through what she calls a “white man's image” and a “Black man's image.”

MacKinnon is a complex writer, hard to critique without caricature. She not only describes women as objects of a process of social construction, but also sometimes refers to women as authentic actors or acknowledges women's “visions,” “history,” “culture,” and “resistance.” Her relentless insistence on seeing the harm to women is often a response to pervasive social and legal ideology that pretends away oppression. Both parts of MacKinnon's concept of feminism, however-defining gender by what is done to women, and centering the definition of what is done to us around sexual exploitation-tend to ignore creativity and struggle in women's experience that have been particularly emphasized as important to women of color. MacKinnon makes the implicit assertion that, to work together as women, what we really need to learn is our shared sexual exploitation as women.

All women struggle to understand the world and to construct lives under conditions of male domination. But race is also a social construction, one in which the participation of white people is often peculiarly invisible to ourselves. A crucial part of the privilege of a dominant group is the ability to see itself as normal and neutral. This quality of being “normal” makes whiteness and the racial specificity of our own lives invisible as air to white people, while it is visible or offensively obvious to people defined outside the circle of whiteness. Part of the construction of race is the way that, when used by whites, the word “race” comes to mean otherness-often, in this society, blackness--while whiteness become transparent and neutral. Inescapably, race is not merely “another” form of oppression that happens to women of color, but a part of the experience of all women.

We cannot understand race without seeing women as subjects and recognizing women as differentiated actors. If race is not simply to mean “otherness” or “blackness”-if all people have a “race” that is part of the social construction of race-then we must critically examine the participation of white women as actors in society. This inquiry involves looking both at women and how we understand ourselves, and at whiteness and how white people understand (or fail to understand) ourselves.

This essay first argues that, because MacKinnon defines gender as constructed of domination, she has difficulty grappling with the complex experience of women as oppressed actors. I then discuss race as a social construction, drawing upon recent insights in anthropology and critical race theory. To look at the particular experiences of white women as differentiated actors in the world, I shift the analytical framework away from pornography to other areas in which women historically have been oppressed: housework, access to money and credit, and the experience of single motherhood.

The final section of my essay discusses the tensions between the way MacKinnon seeks to show the oppression of women “as such” by pointing to the example of privileged white women, and her goal of building theory that reflects the diversity of women's experience. Despite the goal of building theory from diversity, this reductionist approach to proving oppression tends to reproduce a white norm. Also, the dichotomy between theory and practice fails to reckon with the ways in which some aspects of the practice of white feminists are invisible to ourselves. The liberatory project therefore demands a willingness to hear things, including things about ourselves, that we do not ordinarily see for ourselves. It also demands that we change what we do and find ways to work with what we learn, treating identity as something developed and experienced in working toward transformation as well as in the experience of oppression.

Women can “coalesce across differences” to work on issues of concern to women. Martha Fineman has recently suggested that motherhood is such an area of shared concern and potentially of shared work to transform women's “gendered lives.” Recognizing the racially differentiated work of social reproduction and the differentiated images of single mothers should not preclude the development of shared work for mothers. Moving beyond shared sexual exploitation into other areas of life and struggle can help illuminate the potential for shared struggle. Recognizing shared interests in women that cross social and cultural boundaries is not the same as declaring women's shared sexual exploitation to be of primary significance in our struggles. Also, making difference visible and making white privilege non-neutral do not mean we need to declare against common ground for women.

As I reread MacKinnon's work while writing this essay, I found my respect for many of her insights reinforced and even increasing. My argument is not with the breadth or depth of her critique of oppression, nor with her relentless opposition to the pain, degradation, and suffering of women. However, her emphasis on the construction of gender through male power, and the centrality of sexual exploitation to her vision, tend to obscure the importance to white women of the social construction of race.

My first impulse was to articulate in this essay an alternative account of the construction of gender. But this quickly reminded me how many questions seemed truly important. These questions about what is happening and what to do about it are “theoretical” in ways that cannot be dismissed as academic and cannot be resolved without working to incorporate the diverse practice of women. These include questions about the construction of race, including whiteness as a racial construct and the interactive constructions of race and gender; understanding the relationship between theory and practice, and the ways in which culture and ideology mediate this relationship; recognizing both accommodation and resistance to oppression without falling into the dual traps of finding resistance in any act or of sentimentalizing accommodation; evaluating whether objective truths (which I might fear less than others, were I only certain of them) are necessary to liberatory vision; and exploring questions about valuing women's work without perpetuating enforced motherhood or other roles that have been forced upon us.

Solving these questions is a collective intellectual and political undertaking for our time. Transformative work depends on working toward understanding these questions. The quality of the understanding we achieve, and our ability to transform our lives and society depend on and are inevitably affected by the inclusive or exclusive nature of this work for change.