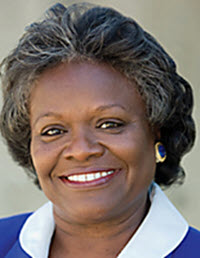 For the past few years, feminists, lawyers, law professors, clinicians and battered women's advocates have been debating whether the battered woman syndrome is helpful in explaining why women in abusive situations remain with their abusers and why some women kill their intimate partners. Legislators have amended the evidence codes to allow expert testimony on the battered woman syndrome at trials where women have claimed self-defense or insanity. Congress, in the Violence Against Women Act, codified as part of the Violent Crime Control Act, directed the Attorney General and the Secretary of Health and Human Services to provide various legislative committees with a report on the medical and psychological basis of battered woman syndrome, as well as evidence of how this type of testimony has been used in criminal trials. One state has considered codifying a separate battered woman's defense. Governors have been lobbied to use their clemency power to free battered women who are serving prison sentences.

The common law accepts the admissibility of expert testimony on the battered woman syndrome. However, some commentators question the effectiveness of such testimony in gaining acquittals for defendants. These scholars raise issues concerning stereotyping (i.e., creating a classic battered woman image) and stigma (i.e., battered women who kill are crazy). This article will discuss whether race based stigma preclude black women from being considered vulnerable to battering because the stereotypes of black women are in contradiction to those associated with a "classic" battered woman. The question may seem odd, but when one considers the historically negative perceptions of African-American women and the current mythology of who is a "real" battered woman, the issues become clearer.

Facts from a recent case help to illustrate how the conduct of a battered black woman is contrasted with the perception of how a battered white woman responds. A twenty-nine year-old black woman, Pamela Hill, lived with her abusive boyfriend, Roy Chaney. At trial, the evidence revealed that police had been called to Hill's residence on five separate occasions to protect her. According to the police report, on the night in question, Chaney had been drinking and began slapping Hill. Hill got a knife and the two began struggling over it. Hill got control of the knife and suffered several cuts before fatally wounding Chaney. Hill told the police that she had been trying to kick Chaney out of her public housing apartment, "(b)ut she couldn't just throw him out into the cold." At trial, the prosecutor provided evidence that Hill had stabbed Chaney the year before, and therefore in his opinion, the relationship was "mutually combative." In his closing argument, the prosecutor made this statement: "(A) lot of people would have you believe Pamela Hill is carrying the banner of Nicole Simpson." The contrasts between the two cases could not be more stark.

The imagery and stereotypes that were raised by the prosecutor's comparison of Pamela Hill and Nicole Simpson cannot be missed. Nicole Simpson was white, beautiful, rich, portrayed as a good mother, and brutalized. Pamela Hill is black, poor, an unwed mother, and considered violent. Hill was convicted and received a sentence of five to twenty-five years. The prosecutor, in making the statement about Pamela Hill "carrying the banner of Nicole Simpson," wanted to make sure that the jurors had a picture in their minds of a real battered woman. However, without discounting the seriousness of the domestic violence conviction of O.J. Simpson, in comparing the situations of Nicole Brown Simpson and Pamela Hill, Hill's situation appears to be more desperate because of her lack of resources and options.

Part I of this article reviews psychological theories concerning responses to trauma and battered woman syndrome.

Part II provides a socio-historical discussion of the African-American woman that explains how her race, sex and class have distinguished her from white American females counterparts.

Part III analyzes stereotypes and the role they play in perceptions of African-American women.

Part IV examines these stereotypes as an extra legal factor that can influence jury deliberations.

Finally, Part VI provides suggestions for legislatures that may be contemplating changes to their state's self-defense and/or evidence statutes to incorporate battered woman syndrome testimony.

This author concludes that when there is evidence that a woman charged with killing her spouse or lover may have been victimized by an abuser, she should be afforded the opportunity to introduce that evidence at trial to explain her actions. However, a defendant's race and the stereotypes that accompany it must be taken into consideration when selecting a jury and before making the decision to use an expert at trial. The expert's testimony must be framed in a way that addresses the racial stereotypes that would otherwise obfuscate the psychological impact of the abusive situation. Those stereotypes include that a black woman is either very strong or somehow inherently bad, but never weak or passive. Further, a black female defendant may need additional expert testimony to explain why certain characterizations and/or cultural behavior which may be inconsistent with the notion of dependency do not negate the fact that an African-American woman can be trapped in a violent relationship.

Domestic violence has existed for millennia. This universal phenomenon is becoming taboo in some cultures. Social science and the law, among other institutions, are grappling with why women are beaten, how to stop the brutality, and the extent to which women will be allowed to protect themselves from their intimate partners.

The battered woman syndrome, which in most American jurisdictions passes the scientifically valid legal standard of admissibility, is not the definitive explanation in every situation where a woman kills her abuser or commits a crime that can be connected to abuse by a partner. The potential for stigma is acknowledged and problematic. However, it seems premature and cavalier to jettison a trauma theory which is akin to other valid explanations of how humans respond to violence, just because it might not apply to all battered women. Until domestic violence ceases to be a social problem or until battered women are given adequate protection and support, courts and legislatures, who make and interpret the laws about what is relevant testimony, must expand their knowledge and acceptance of the type of information needed to ensure that when a battered woman is charged with a crime, the decision about her guilt or innocence is not based on either myth or partial information concerning her circumstances.

A battered African-American female defendant is entitled to no less than her white female counterpart. In fact, because of who she is, in addition to what she may have done, both judges and juries may need even more insight in order to understand her actions. To suggest that there is something innate that immunizes her from the impact of violence is to summon up the mythology that was used to justify slavery. African- American women are often forced to cope with violence in different ways. However, African-American women who are beaten suffer physical, psychological, and sexual injury, just like other human beings. This reality must be acknowledged not only in society, but in our criminal justice system as well.