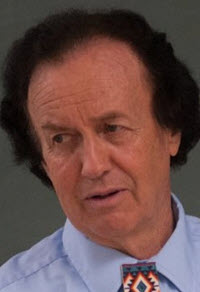 When the first Europeans entered the land that would one day be called Texas, they found a place that contained more Indian tribes than any other would-be American state at the time. At the turn of the twentieth century, the federal government documented that American Indians in Texas were nearly extinct, decreasing in number from 708 people in 1890 to 470 in 1900. A century later, the U.S. census recorded an explosion in the American Indian population living in Texas at 215,599 people. By 2010, that population jumped to 315,264 people.

Part One of this Article chronicles the forces contributing to the demise, survival, and renaissance of the American Indian in Texas.

Part Two focuses on a recent federal case, McAllen Grace Brethren Church v. Salazar. This case grew out of a 2006 incident involving the seizure of eagle feathers by a federal agent at a powwow in McAllen, Texas. It represents a high-water mark in the Texas Indians' struggle to retain their identity, culture, and religious practices.

The author served as counsel for the Indians for nearly eleven years of litigation before the feathers were returned and the Indians' rights to celebrate their culture and to practice their American Indian religion were confirmed and validated by the United States District Court for the Southern District of Texas, McAllen Division and the United States Court of Appeals for the Fifth Circuit.

Since 1884, when the government banned American Indian religions, Indian people have struggled to save their culture and religious practices. Today, many of our Indian elders remember a time when we held our powwows and other religious ceremonies in secret, all the while fearing the wrath of the federal government. We also recall that weekend in 1989, when Pastor Soto announced, "We are not holding our powwows and ceremonies in secret anymore. We are celebrating our culture out in the open." Everyone knew that it was just a matter of time before the fist of the federal government came down hard on our Indian community.

Fortunately, we had a few years to watch, wait, and gird ourselves for the coming battle. There would be a number of government raids, searches, and seizures of eagle feathers before the first Indian not enrolled in a federally recognized tribe won a fight in court for his seized powwow feathers. That Indian would be Joseluis Saenz, descended from the Chiricahua band of Apache Indians.

In June 1996, federal agents entered the home of Mr. Saenz in New Mexico, seizing his eagle feathers. In July and August, Mr. Saenz wrote letters to the government requesting the return of the feathers. The government denied his request because: (1) he did not have a permit from the Department of Interior for the feathers, and (2) he could not receive such a permit because he was not enrolled in a federally recognized tribe. In March 1997, the government filed criminal charges against Saenz for violating the BGEPA.

In 2000, both the U.S. District Court in New Mexico and the Tenth Circuit Court of Appeals broke new ground when they held for the first time in the history of the federal courts that an American Indian, Joseluis Saenz--who did not meet the requirements for enrollment in a federally recognized tribe--should be permitted to possess and use eagle feathers in American Indian religious ceremonies, including powwows.

In 2010, in the case of A.A. ex rel. Betenbaugh v. Needville Independent School District, the Fifth Circuit agreed with the District Court for the Southern District of Texas and held that a local government regulation that "offends a sincere religious belief" of an American Indian boy who wishes to wear his hear long was invalid under Texas law. Under the Religious Freedom Restoration Act (RFRA), laws evolved in states, like Texas, where the majority of American Indians not enrolled in federally recognized tribes had the same right to practice their American Indian religion as those enrolled in federally recognized tribes.

Today, these rights not only belong to all Indian boys wishing to wear their hair long at school, but also to members of the Native American Church who ingest sacramental peyote, which is essential and central to their religious observances and ceremonies.

Today, Indians throughout Texas pray that the courts will continue to render decisions, keeping in mind that recent cases and law have begun to open the door for our Indian people to be Indian again and to practice their religion