Queer Margins, Queer Ethics: A Call to Account for Race and Ethnicity in the Law, Theory, and Politics of “Sexual Orientation” 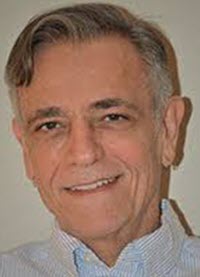 This quest is vibrant and viable, as the scholarship produced between the first symposium and this one can attest. The prolific discourse that has emerged since the 1979 symposium is described below, perhaps somewhat simplistically, as the "first stage" of sexual orientation scholarship to denote the evolutionary nature of critical knowledge and scholarly consciousness. The issues engaged—or deferred—during this first stage in turn pose and frame the challenges that await the "second stage" of sexual orientation scholarship. Today, with this Symposium, we stand at the cusp of this second stage. This moment provides an opportune occasion to reflect both on the accomplishments registered by our first-stage efforts and on the challenges that await our second-stage efforts.

First-stage accomplishments of course include the very inception, at the 1979 symposium, and then the subsequent establishment, of a strong legal discourse that never before existed in this country. That discourse minted knowledge that exposed some of the injustices inherent in heterosexist prejudice. That knowledge problematized heterosexist hegemony and nurtured legal and social objection to its continuation. Perhaps first-stage efforts even emboldened ongoing activist struggles against sexual tyranny.

Among the challenges awaiting a second stage of sexual orientation theorizing—sometimes described in this Essay as "Queer" legal theory a similarly powerful and empowering engagement of race and ethnicity, or, more precisely, an engagement of the interplay of racism and ethnocentrism in the formation of "sexual orientation" identity, community, and subordination—a critical investigation of the ways in which white and straight supremacy interlock to create social and legal conditions that permit or encourage the practice of permutated bigotries against the multiply diverse sexual minorities of the United States. This pending engagement calls for, and entails, a collective and mutual move by the community of sexual orientation scholars that has formed since 1979.

It bears emphasis at the outset that this Essay's focus on these two constructs is not intended—though it may nonetheless seem—to privilege race and ethnicity in second-stage scholarship over other constructs that social and legal experience suggest cross-intersect with sexual orientation and with each other to structure and sustain the oppression of diverse sexual minorities. This focus additionally may tend to reify constructs, phenomena, or classifications in limited or underinclusive ways. Thus, at the outset, I encourage all rejoinders to this Essay's focus on color as part of a developing body of anti-subordination scholarship; hopefully, this Essay will prove to be but a prelude to further dialogue on the complexities that cause and texture the subordination of lesbians, gay men, bisexuals, transsexuals, and the trans/bi-gendered of all colors, classes, creeds, sexes, genders, locations, and abilities. This Essay therefore invites and celebrates further, widescale scholarly engagement of various sources and permutations of "sexual orientation" oppression.

In brief, I argue here that it is urgent, and both substantively and strategically imperative, for critical legal scholars who choose to write from a lesbian, gay, or bisexual subject position to interrogate the racialized and ethnicized dynamics of sexual orientation identities and issues as part of an evolving anti-subordination discourse. I argue that this collective engagement is not only warranted but necessary because it is the "right" move substantively and strategically due to known facts regarding the diversity of sexual minority communities as well as to learned lessons taught by outsider jurisprudence in recent years. Otherwise, as the emergent racial critique of extant sexual orientation legal discourse suggests, the forms and functions of our scholarship will suffer an increasing irrelevance to "our" communities—an irrelevance resulting from neglect of the legal experience and social conditions that oppress racially and ethnically diverse sexual minorities. Such neglect incrementally but steadily may diminish the substantive insight and efficacy of our theorizing; such neglect over time may undermine the transformative potential of our work.

This engagement, I thus argue, is mandated both by the accrual of substantive and strategic benefits as well as by the avoidance of substantive and strategic costs at a key juncture in the development of sexual orientation legal scholarship. My hope is that this Symposium, like the first one, effectively will mark the opening of a new era in the continuing enrichment and development of sexual orientation theorizing, especially regarding race and ethnicity. Advancing this hope is the main aim of this Essay.

In so doing, I seek also to advance a longstanding aim: to nudge greater mutual interaction between and among existing legal discourses of outsider and progressive critical scholars on mutually-reinforcing sources or structures of privilege and subordination. Although each of the several genres of contemporary outsider jurisprudence has proven powerful and enriching in its own right, they sometimes tend to limit their analytical and transformative potential by a common disinclination to carry their examination of subordination beyond their primary self-ascribed domains. Yet the work of outsider scholars has made it increasingly plain that all forms of social and legal oppression are multifaceted, because all forms of identity and identification are multiplicitious and multidimensional; this point, in fact, is the thrust of the emergent internal critique. The intersectionalities created by the multiplicity of all human identities thus challenge critical legal analysts of all stripes to produce increasingly nuanced works that unpack the consequences of diversity and difference within and across social or legal hierarchies. Accordingly, this Essay urges the importance of intersectional expansion within Queer legal theory as part of a larger move toward connection between and among legal anti-subordination discourses.

But the importance of this move to connect is not limited to the critical insights that mutual exchange can accrue. Intersectional analyses and projects are valuable to sexual minorities, racial and ethnic minorities, and other subordinated groups because they can enhance our joint capacity to understand the interconnectedness of multifaceted power systems that stand on intersected axes of privilege. And a better understanding of interlocked subordination systems can produce a greater joint capacity to unpack and dismantle them. As a practical matter, the interconnection of power and privilege across multiple sources and categories makes it incumbent on outsider legal scholars interested in material transformation to learn about, and respond critically to, those interconnections.

In fact, the development of common understandings and parallel movements to connect otherwise disparate anti-subordination struggles can be a key contribution specifically of outsider legal scholars toward the design and creation of an egalitarian post-subordination order through critical legal theory. But to do so we must learn about various critical perspectives, jurisprudential movements and historical experiences. We must involve ourselves with—and nurture the involvement of others in—communities or discourses that otherwise might be seen attenuated from or unconnected to each other. The point is to learn continually and critically from each "other" to better understand and resist the systems of supremacy that combine to produce the relative social and legal positions of all humans.

Part I opens with a general overview of the sexual orientation scholarly status quo, both in legal doctrine and theory, as it has developed in the years since the 1979 symposium.

Part II considers some pending issues raised for Queer legal theory by the first-stage record and by the emerging internal critique of it, stemming chiefly from the inattention of legal discourse to the interaction of race, ethnicity, and sexual orientation. This discussion urges not only collective engagement but also adoption and promotion of an ethic of caring, mutual recognition within and through Queer theorizing.

Part III concludes the Essay with a comparison of intersectionality's triumphs and failures in various contexts to note its likely failure in cases involving race, ethnicity, and sexual orientation. This closing section urges the cultivation of intersectionality in Queer legal theory to uncover the social interaction of race and ethnicity in sexual orientation oppression while qualifying the prospects of its legal application under existing doctrinal conditions. These three parts jointly strive to help orient the further development of Queer legal theory during the second stage of sexual orientation legal scholarship—a stage effectively signaled by this Symposium.

This first-ever Symposium creates an opportune occasion to reflect both on the emergence and progress of sexual minority scholarship since the first sexual orientation symposium in 1979 and on the future depth and direction of Queer legal theory. The first-stage accomplishments include the assertion of a resolute and powerful critique of heterosexist and androsexist supremacy in all walks of life, but first-stage accomplishments also entailed the postponement of issues that matter greatly to the diverse sexual minority communities that help to form this scholarship's constituency. This Symposium therefore can help to draw attention to pending issues, and to herald a more expansive and inclusive agenda for a second stage of sexual orientation theorizing that is consistent with the advent of Queer sensibilities, values and ethics in sexual minority communities and discourses.

Among the pending issues is a thoroughgoing interrogation of race and ethnicity in the law, theory, and politics of sexual orientation community and subordination. Because lesbians, gay men, bisexuals, and the trans/bi-gendered segments of sexual minority communities are populated by both white and nonwhite persons, this interrogation is indispensable to a complete critique of the permutated practices through which sexual orientation discrimination is practiced socially and legally. And though the developmental circumstances of the first stage may help explain a postponement of this interrogation, those circumstances no longer can be invoked to continue a second-stage disengagement of the racial and ethnic dimensions of sexual orientation communities and concerns.

Thus, a continuing disengagement will be construed, and correctly so, as a willful refusal to include in the sexual orientation equality agenda the issues that complexify the lives of racial or ethnic minorities within sexual minority communities—and beyond. That refusal would be unfortunate and self-defeating for several reasons: it ignores the actual diversities of sexual minority lives and interests, it limits the scope, depth, and nuance of second-stage anti-subordination critiques, it replicates historic patterns of injustice, it fosters division and contention within and across various sectors of sexual minority communities, and it squanders the opportunity to articulate and practice a progressive and empowering ethic of caring recognition as we enter a second stage of sexual orientation scholarship. For these substantive and strategic reasons, second-stage scholars, theorists and activists mutually, collectively, and proactively must engage the anti-subordination struggle against white supremacy with a vigor and dedication equal to that shown during the first stage against heterosexist supremacy.