When the Spirit Says Dance: A Queer of Color Critique of Black Justice Discourse in Anti-transgender Policy Rhetoric 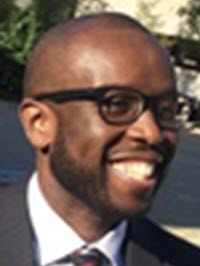 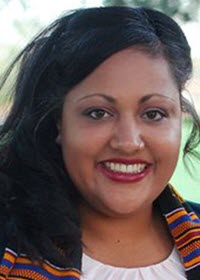 In a closed-door forum on July 11, 2017, United States Attorney General Jeff Sessions invoked Martin Luther King, Jr. in a speech given to and in support of the Alliance Defending Freedom (ADF), an anti-LGBT religious freedom group responsible for crafting many early anti-transgender bathroom bills. Employing King, Sessions parallels the racial civil rights struggle of the past to the current “important work” of the ADF--by representing a divine moral right that he suggests be protected by the state. Besides the personal criticism of Sessions' civil rights record by Coretta Scott King when he was nominated for federal judgeship in 1986, Sessions' deployment of King seems paradoxical on many levels. However, of particular interest to this study, is how Sessions' rhetorical use of King forms a racialized fate-linking discursive logic. A logic predicated on religion that aligns the state and the Civil Rights Movement in a commemorative fashion to demonstrate a popular will for anti-LGBT policies and practices.

This racial framing raises questions about what Judith Butler describes as democratic expressions of popular will--“[W]ho really are 'the people’? And what operation of discursive power circumscribes 'the people’ at any given moment, and for what purpose?” Never an all-inclusive or a given material reality of a population, Butler contends claims at “the people” are “a bid for hegemony” rooted in a performative field of power that always demarcates who are not “the people.” In this case, Sessions' use of a racial justice discourse to frame the work of the ADF consigns queer people, specifically trans people, as those outside the boundaries of state recognition.

In the past two years, there has been proliferation of anti-transgender “bathroom bills” in the United States that discriminate against trans people, including students, by barring access to the use of appropriate facilities. In 2016, at least nineteen states considered anti-transgender bathroom bills, and in 2017, at least sixteen states considered similar bills with at least twelve states proposing bills that specifically address accommodations in public schools. To date, North Carolina is the only state to have enacted this type of legislation, and as of March 2017, the public restroom accommodation portion of the bill has been repealed. However, with the Trump administration rescinding Obama-era policy, which protected trans students and allowed them to use bathrooms corresponding with their gender identity, it can be expected that the propagation of these anti-transgender bills will continue in the foreseeable future.

Moreover, the use of racial justice framing, specifically invoking King, has become a popular discursive strategy by state actors and conservative evangelicals in attempting to garner multiracial support for bathroom bills. As such, we will analyze two case studies in which abstract memorializing rhetoric of Martin Luther King, Jr. and the Civil Rights Movement is employed in the framing of anti-transgender bathroom legislation. Butler suggests for a more radical form of democracy, equality cannot be solely based on extension of recognition (which inevitably leaves a group out), perhaps instead, a change in the social relations between the recognizable and unrecognizable would ultimately change how we conceive “the people.”

In order to uncover these relations of power and challenge the configurations between the recognizable and unrecognizable, we examine a performance-in-resistance by black transwoman activist Micky Bradford in a public protest in opposition to anti-transgender legislation in North Carolina. This black queer embodied disposition constitutes a queer of color critique which centers the queer of color subject, revealing the often-obscured interconnected logics of race, gender, sexuality and class in cultural formations to map and remap the contours of power propagated by state forces. Through the spectacle of Bradford's performance, we, as black queer scholars, conceptualize a queer womanist reading of King that undermines and reconstitutes the state's logic of popular will.

Although King has been distorted and rendered into extra-historical intelligibility to make it appear that both sides of the debate are suffering a civil rights injustice; it can easily be made obvious who really suffers from anti-transgender policy formation and conservative discourses that create profane others/monsters out of trans persons. Micky Bradford stated, “the biggest hurdle to being a fully integrated member of society for trans folks is simply just to not die young. I'm 26 and I fight everyday to one day live to see 35 which is the average age for a black transwoman in the south.” During the writing of the conclusion of this article, 3 black trans women were brutally killed in Shreveport, Chicago and Philadelphia; that means, for 2018, as of now, there have been 19 trans lives forcefully ended; 13 of which have been black trans people.

Continued acts of resistance are necessary even after anti-transgender bathroom bills fail. The bills themselves are dangerous, but even when they are not passed or sustained, ideological damage is done. This impacts policy as these harmful ideological forms construct and define the conceptual category of gender, as well as maintain false dichotomies between what is considered just or unjust politically; as well as what is moral or immoral ideologically; and profane or sacred theologically. The racial and religious framing of cissexist policies pit oppressions against one another, erasing the queer people of color central to liberation work before, during, and long after the civil rights movement.

Understanding Micky Bradford's performance-in-resistance as not only a political act, but a theological act is a hermeneutical-counter to the discursive maneuvers of conservative multi-racial coalitions that erase black trans persons from black theological memory. This rereading allows for the body of black transwomen to be seen as possessing spiritual agency, demarcating them from the illegitimate monster or profane other and claiming them as part of the sacred legitimate. The discourse surrounding these bills inform our collective memory of the theological and political past; how we remember what we remember informs policy as it substantiates the way we frame political aims and agendas. Micky's quare performance, thus, gives new meaning to Sessions' closing remarks to the ADF and his claims at “the people,” truly “every American has a right to believe, worship, and exercise their faith in the public square.” Black trans people, as part of “every American,” have always had political and theological agency; the problem with the distorting nature of anti-trans rhetoric is not a problem with the trans being, it is a problem of sight and perception. A black transwoman dancing is a black transwoman alive to dance, to be seen in motion, to move, or perhaps to be moved, by, of, or in the spirit.

Antron D. Mahoney is a PhD candidate in the Department of Pan-African Studies and the Graduate Certificate Program in Women's and Gender Studies at the University of Louisville in Louisville, Kentucky.

Heather Brydie Harris is a fellow at the University of Louisville completing a doctoral degree in Pan-African Studies.