Of Bias and Exclusion: An Empirical Study of Diversity Jurisdiction, its Amount-in-controversy Requirement, and Black Alienation from U.S. Civil Courts 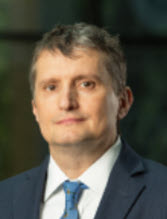 As this article was being written, people across the world were protesting the deaths of George Floyd, Breonna Taylor, Philando Castille, Eric Garner, Michael Brown, Tamir Rice, and many other victims of racist police brutality, and institutional racism in the U.S. criminal justice system. That Black people are treated far worse than White people in the United States criminal justice system is empirically well-established. Black people are more likely to be subjects of pretextual stops, searches, tickets, and police force. Following these encounters with law enforcement, Black people are more likely to be charged for low-level offenses, denied bail, required to pay more when bail is granted, given a longer sentence if convicted, wrongly convicted, incarcerated, sentenced to death, and denied parole. In addition, Black people are less likely to “receive a reduction in their principal initial charge” as part of the plea-bargaining process. Clearance rates for serious crimes against Black victims are also significantly lower than for crimes with White victims.

The primary difficulty with conducting empirical research on the civil justice system is the limited availability of data. Exacerbating this problem is that data in the civil justice system does not include information identifying the race of the key players--the litigants, attorneys, and judges. In response, I have developed a method of linking demographic data from the U.S. Census Bureau and the National Center for Health Statistics with federal filings data aggregated at the county-level making it possible to study group-level effects of changes to substantive law and procedural rules. Using this methodology, I was able to produce a dataset with 27,233 records corresponding to 254,643 cases brought in federal courts based on diversity jurisdiction (“diversity cases”), with relevant demographic data included in each record.

I analyze this dataset (the “Analysis”) using a series of before-after models with state-level and year-level dummy variables and targeted analysis of specific suspected covariates. The Analysis first establishes that raising the amount-in-controversy requirement decreases the federal filing rate in general. As a result, Congress creates a systemic barrier to filing in the federal courts by pricing potential litigants out of court. Next, the Analysis shows that Black claimants are under-represented in cases filed in the federal courts under diversity jurisdiction and that White claimants are over-represented. This under-representation is consistent with empirical studies showing that Black Americans are alienated from the justice system due to systematic racism that engenders distrust in the system. Thus, Black claimants struggle with a double-barrier: Black alienation from the U.S. civil justice system and continually having to meet a constantly rising amount-in-controversy requirement. Given the already-existing alienation of Black claimants from the civil justice system, preventing Black claimants who are willing to seek relief through the federal courts from using the federal system based on their inability to meet the amount-in-controversy requirement further alienates Black Americans from the U.S. justice system.

When engaged in statistical analysis of pre-existing panel data it is possible to find a correlation between two variables where that correlation is actually caused by an unknown or unstudied third variable. Such unknown or unexamined causal factors in a population are called “covariates”. Unknown covariates create a problem for statistical analysis and inference because the model of the phenomena is incomplete, since it misses some of the true factors, and misleading, since the magnitude of the correlation found may be numerically incorrect. The Analysis first addresses this problem by using dummy variables that stand-in for unknowable state-level and year-level covariates. In addition, the Analysis addresses this problem by affirmatively identifying covariates, like poverty-rate, geographic bias, and population density, and including them in the model. Each of these covariates are correlated with the filing rate. For example, federal court filings increase as poverty-rates rise, when the percentage of out-of-state plaintiffs in the county increases, and when the county is rural. By including both the dummy variables and the listed covariates, we achieve a more accurate and complete model of filing rates.

In order to understand these results, this Article begins, in Part II, with an overview of the history of diversity jurisdiction and the amount-in-controversy requirement. Part III expands on this history by reviewing the results of empirical studies of diversity jurisdiction and the amount-in-controversy requirement. The methodology for building the dataset and for the statistical analysis are explained in Part IV, while Part V provides the results of that analysis. Part VI concludes by arguing that the results of the Analysis support prior studies demonstrating that Black Americans are alienated from the U.S. civil justice system. Moreover, because raising the amount-in-controversy requirement further decreases filing rates among Black Americans, raising the requirement reinforces, entrenches, and expands Black alienation from the U.S. justice system by making it harder for those Black claimants willing to trust the system to file in the federal courts.

The answer is straight-forward and well-supported in the empirical record. Black claimants are absent from the civil justice system because, through hard experience, they have learned to distrust the system and, as a result, are alienated from it. For example, a 1999 national survey of 1,826 Americans found that “[t]wo-thirds of [Black people surveyed] feel that 'people like them’ are treated somewhat or far worse than other people” by the courts. The survey also found that 16.3% of Blacks, compared with 6.8% of Whites and 12.2% of Hispanics, strongly disagreed with the statement that “[j]udges are generally honest and fair in deciding cases.”

More recently, Greene, utilizing in-depth interviews, found that “[B]lack respondents were more likely to distrust legal institutions than were white respondents.” She further concluded that the cause of this distrust arose along three axes. First, respondents believed seeking help from the civil justice system would be pointless based on their experience with an unjust criminal justice system. Second, respondents had negative experiences with public institutions that made them feel “disrespected,” ““pathetic,” “shameful”, and “lost.” Finally, due to their experiences with public institutions, including the criminal justice system, respondents created a personal narrative that they were “self-sufficient citizens who take care of their own problems and stay 'out of trouble.”’

While not the central point of this Article, the Analysis has also shown that raising the amount-in-controversy requirement creates a barrier for other vulnerable groups who seek to file in federal court. The positive correlation between filing rates and county poverty-rates, the urban-rural distinction, and defendant's out-of-state status, shows that these litigants are concerned that their interests are not well-served by state court. By raising the amount-in-controversy requirement for diversity jurisdiction, the legislature forces those who do not meet the jurisdictional amount to either litigate in what they believe to be biased state courts or to not seek a remedy through the formal civil justice system. Neither result is likely to build trust in the civil justice system.

What is most troubling about these findings is that no effort seems to have been made to determine whether raising the amount-in-controversy requirement would harm any of these vulnerable communities. The economic goal of keeping costs down appears to be the sole driving motivation. Nonetheless, the hope is that, by empirically demonstrating the harmful effects of facially-neutral changes to substantive law and procedural rules on communities of color and other vulnerable groups, Congress and the courts will have the information necessary to correct injustice and promote fairness in the civil justice system.