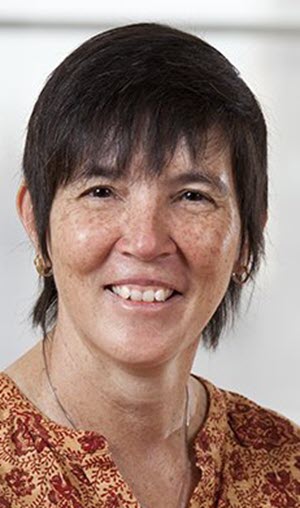 America was founded on institutionally recognized and supported oppression, namely, slavery and conquest. So, the fact that the inequality spawned by this oppression continues to exist today should surprise absolutely no one. That said, the extent of the racialized social and economic inequality that pervades American society today is being exposed in horrifying and glaring detail, as a result of the COVID-19 pandemic.

The economic devastation wrought by the pandemic is also being felt disproportionately by people of color. According to the Pew Research Center, 61% of Hispanic Americans and 44% of Black Americans suffered job or wage losses in April 2020 due to the pandemic, compared to 38% of white adults. As of October 2021, the Center for Budget and Policy Priorities reported that "renters of color were more likely to report that their household [s] [were] not caught up on rent: 28 percent of Black renters, 18 percent of Latino renters, and 20 percent of Asian renters said they were not caught up on rent, compared to 12% of white renters." Black and Hispanic adults were also more likely than their white counterparts to be unable to pay some or all of their bills. Not surprisingly, given the job and wage data, more than twice as many Black (37.4%) and Hispanic adults (39.3%) were food insecure as compared to white adults (17.6%).

In contrast, Wall Street and American billionaires were doing phenomenally well during the COVID-19 pandemic. The United States apparently minted 56 new billionaires between mid-March and December 22, 2020, bringing the total number of American billionaires to a whopping 659. The wealth of American billionaires actually increased by more than $1 trillion since the pandemic began. On November 27, 2020, a headline by the Associated Press read, "Stocks rise on Wall Street as S&P 500 hits record high." But an October 16, 2020, New Yorker story by John Cassidy captured the chasm that exists in American society best. Cassidy wrote that, between June and September 2020, "the number of Americans living in poverty [rose] by about six million," with the largest increase affecting African Americans--18.2% in June to 22.8% in September. In comparison, during the three month period from July to September, Morgan Stanley posted $2.7 billion in profits, "a rise of twenty-five per cent compared to a year ago." Goldman Sachs did even better--"it announced quarterly profits of $3.62 billion, virtually double what the firm earned in the same quarter in 2019."

The punch line to all of this is one that we have seen and heard before-- even in times of national and global crisis, the Haves come out ahead. But two important details are obscured and therefore overlooked in this widely accepted observation: the role that contracts and contract law play in facilitating this reality and the profound and often devastating social consequences that contracts and contract law help produce in this process.

Clearly, there are other explanations for the extent and intransigence of racial inequality in the United States. That said, we ignore contracts and contract law at our peril, because they both play an integral part in how inequality is perpetuated in American society.

Inequality is an intractable and complex problem that has plagued this country for well over two centuries now. Given our history, there is no denying that inequality is racialized. But there is a particular urgency to discussions about inequality right now because the COVID-19 pandemic has exposed in appalling detail the extent of racial and economic inequality in American society. And, as with the Great Recession, contracts are at the heart of many of the problems confronting individuals currently dealing with the havoc wrought by COVID-19. From housing and food, to health insurance and employment, contracts are literally everywhere. So, unless we decide to do things differently, including but certainly not limited to acknowledging that the day-to-day practice of contracts and contract law create and perpetuate inequality in American society, it seems very likely that we will be doomed to repeat the trauma of the Great Recession. The Haves will be bailed out. But the Have Nots will end up being evicted from their homes, and they will remain on the hook to their landlords for the back-rent.