Do Black Lives Matter? Race as a Measure of Injury in Tort Law 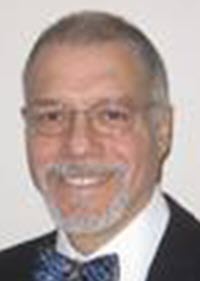 Discussions of race-related issues are a constant in American society. Within the last year alone, there have been several high profile events that have prompted important debates about race. Most of the events attracting nationwide attention involved the conduct of law enforcement agents, including incidents in which unarmed black men died at the hands of police officers, peaceful protests that turned violent following the failure to indict the police officers involved in those cases and the use of excessive force on black teenagers attending social events and while at school. Other events included the racial identity controversy regarding a member of the National Association for the Advancement of Colored People (N.A.A.C.P.), as well as the release of the movies Selma and Black or White. Events like these, and other events not as widely reported in the news, continue to fuel a growing discussion about race and identity that serves as a constant reminder of the racial divide that is still very much alive in the heart of American society.

Much of the current debate revolves around police brutality and legal injustice. However, prior to the incidents that prompted these debates, the nation's media was captivated briefly by another legal question related to race which originated in a complaint in a case called Cramblett v. Midwest Sperm Bank: whether the race of a child can be used to measure the harm done to the child's parents as part of a torts claim based on the “wrongful birth” of the child. Nevertheless, once the media's attention turned to the events that resulted in racial unease in places like Ferguson, Missouri, the discussion about whether someone's racial identity could be used as a measure of injury, unfortunately, faded from the national spotlight.

Yet, the issues raised by Cramblett are too important and interesting to be dismissed in the continuing debate on racial issues. The case not only offers the opportunity to discuss the issue of using race as an element in a tort law claim, but also poses interesting questions about the extent to which modern reproductive technologies change the way we think about injuries for purposes of tort law. There have been many wrongful birth, wrongful life and wrongful pregnancy cases in the past, but Cramblett is different. Unlike in those other cases, in Cramblett, the plaintiff's claim was based on the argument that the child's race should be considered to be the equivalent of a disability or birth defect because the child's existence was claimed to be an injury to the mother. Thus, because the law already recognizes a claim in cases where the child is born with a condition that could have been avoided had the defendant not been negligent, the question that arises from this case is whether that type of claim should be extended to include a situation where a child turns out to have different physical traits than planned or expected.

This article will address these issues by analyzing the wrongful birth cause of action asserted by the plaintiff in Cramblett. First, the article will describe the facts that resulted in the claim in Cramblett.

Part III considers an alternative possible claim that could be applied to the facts asserted by the plaintiff in Cramblett.

Part IV examines whether the claims raised by the complaint in Cramblett have a basis in law.

Finally, Part V discusses whether the approach to the issue raised by the complaint in Cramblett should be affected by the fact that the facts of the case involved the use of modern reproductive technologies.

The claim filed by the white mother for the alleged wrongful birth of a biracial daughter in Cramblett v. Midwest Sperm Bank provides a great opportunity to discuss the question of whether race should be used as a measure of value regarding damages in tort law. In short, the answer to that question is, or should be, that recognizing race as a disability for which the law provides a remedy, is wrong as a matter of public policy. Even if there is a strong argument that the defendant sperm bank in Cramblett was negligent and that Ms. Cramblett was, in fact, wronged in that she was provided a product that was different than the one the defendant had agreed to provide, there are good reasons to deny her claim for a remedy in tort law.

If it is true that having a child with a disability has an adverse effect on the parents in terms of emotional pain, time, effort, or money, it would be consistent with tort law principles to allow the parents to recover for these effects when they could have been avoided but for the negligence of the defendant. This is precisely the principle behind wrongful birth claims. However, the argument is less persuasive when the claimed adverse effect on the parents is weaker. When the child's “disability” is mild or treatable, or, more importantly, when it is not related to the child's health, the argument is much more difficult to justify. Such is the case when a parent argues that he or she has suffered an injury because of the child's race.

Ms. Cramblett has stated publicly that she wants to make sure that what happened to her does not happen to anyone else. This is an understandable concern, but the proper remedy for it would be either a cause of action for breach of the terms of her contract with the sperm bank, or a call for better regulation of sperm banks and the imposition of sanctions based on the violation of that regulation.

What message would it send to hold that it is better to not have had a child than to have a child of mixed races? Acknowledging this type of claim would require the court to place a value on children's lives based on the color of their skin. Because black lives do matter, this should not be the case.