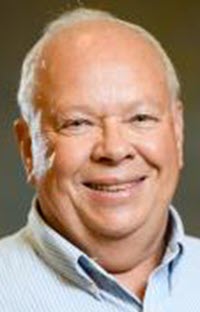 How, and why, did the Fourteenth Amendment become this extraordinarily wide-ranging in its application and its influence in the United States, when the drafters created the Fourteenth Amendment to protect the rights of the newly freed enslaved people in the South and to provide them citizenship rights? This Article investigates the beginning of the story in the second half of the 19th century, when the Fourteenth Amendment revolutionized the lives and possibilities of African-Americans. It goes on to discuss how the Supreme Court undid most of those gains toward equality and equal rights for black citizens. Revolutions do go backward, and this story stands as a warning for modern times and court interpretations.

This year, 2018, is the sesquicentennial of the Fourteenth Amendment. Congress created, and the states ratified, the Fourteenth Amendment during Reconstruction to protect a group of formerly enslaved people. Although courts interpret laws through cases about particular individuals and not groups of people, the consequences of those individual rulings have major reprecussions for groups of people, especially African-Americans.

What accounted for the Supreme Court's behavior in this period? Commentators do not really know, but there are several possible factors that contributed.

Some justices, according to a widely held view, simply followed the national mood of white people that were tired of Reconstruction. Some justices were inherently racist. Some adhered to an arid logic, commonly called formalism, that could express shining principles--like the right to fairly selected juries--while easily accepting procedures that destroyed the right.

More fundamentally, many of the justices were unwilling to accept a Constitution that had been turned inside out. Having spent their lifetime under a state-oriented Constitution that reflected a fear of national power, they were unprepared to see the Fourteenth Amendment as a source of vast power for the national government. Justice Miller wrote in the Slaughter-House Cases that interpreting the wartime amendments too broadly "radically change [d] the whole theory of the relations of the State and Federal governments to each other and of both these governments to the people."

In fact, it is possible that asking why the Court did what it did in the late 1870s and 1880s is the wrong question to ask. These decades were business as usual for the Court. It was the burst of egalitarian activity in the decade following the Civil War that was truly exceptional. The Court merely returned to the norm that had prevailed since before the American Revolution.

Perhaps the post-War goals were unrealistic. The task was unprecedented in world history: to go from a bloody war that stripped nine million masters of their dominion over four million slaves to a society in which the two stood on equal footing. Too many misunderstood the problem, thinking it was to make good citizens out of the freed African-Americans. The problem was actually to make law-abiding citizens out of the Confederate rebels.

Citizens United v. Federal Election Commission led to large political donations by groups supporting legislation that injured the rights of black citizens. In Graham v. Connor, originating from Charlotte, North Carolina, the Supreme Court ruled in a manner that has been used recently to protect law enforcement officers when they injure or even kill African-Americans during arrests. In a 1996 Texas redistricting case, Bush v. Vera, the Fourteenth Amendment was used to challenge and discourage the creation of black majority districts that allowed African-Americans to have the opportunity to elect candidates of their choice. Even today, affirmative action is being challenged on the basis of the Fourteenth Amendment.

The history of the Fourteenth Amendment echoes Dr. Martin Luther King, Jr.'s challenge: "I refuse to accept the idea that the isness' of man's present nature makes him morally incapable of reaching up for the eternal oughtness' that forever confronts him."