Unlawful Status as a “Constitutional Irrelevancy”?: The Equal Protection Rights of Illegal Immigrants 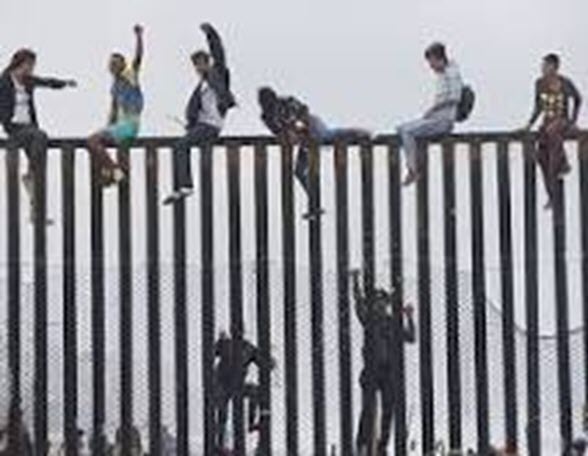 In recent times, arguably no community living within the United States has been as politically unpopular as the nation's swelling population of undocumented immigrants. These immigrants have been accused of sapping government resources, engaging in criminal behavior, overcrowding school classrooms, and disrupting the labor market by contributing to the lowering of wages as well as by occupying jobs that would have otherwise gone to citizens or legal immigrants. The number of illegal immigrants in the United States has skyrocketed over the last two decades, reaching an estimated 12 million by 2005. According to some reports, this population grows by as many as 500,000 people each year.

Within the American undocumented community, the vast majority hail from Mexico, with a sizeable population coming from other Latin American countries, Cuba, China, and India. It is important to keep in mind, however, that undocumented immigrants come, in relatively large numbers, from all over the world, including developed nations such as the United Kingdom and Germany. Once in the United States, illegal immigrants tend to settle in California, Texas, and Florida, with large numbers also in New York, Arizona, and Illinois.

In reaction to the growing size of the illegal immigrant population and to common perceptions about this population's negative effects on American society, the 1980s and 90s witnessed a surge in anti-illegal-immigrant hostility. It was during this period that Congress passed the Immigration Reform and Control Act of 1986, which, among other things, penalizes employers for knowingly hiring unauthorized aliens. It was also during this period, in 1996, that Congress enacted the Personal Responsibility and Work Opportunity Reconciliation Act and the Illegal Immigration Reform and Immigrant Responsibility Act, a set of laws that cut millions of legal and illegal immigrants off from federal benefits programs.

At the state level, legislators and voters have been equally as active, enacting laws designed to strip undocumented immigrants of valuable social and economic rights. In 1994, the California electorate passed Proposition 187, which prohibited undocumented immigrants from receiving public social services, publicly funded health care, public elementary and secondary education, and public post-secondary education within the state. Although the various provisions of the initiative never became effective law and were ultimately found unconstitutional under the preemption doctrine, the fact that they were passed by a significant majority of California voters serves as a powerful example of the strong anti-illegal immigrant sentiment that thrived in the mid-1990s. This animus is still alive today; Texas state legislators recently considered a bill that would not only deny public services to illegal immigrants but also deprive their American-born children of birthright citizenship.

Finally, over the last several years a number of city and county governments have begun to consider restrictive ordinances as well. On October 18, 2006, the City of Escondido, California, located in northern San Diego County, adopted a law that penalizes “any person or business that owns a dwelling unit” that “'let[s], lease[s] or rent[s] a dwelling unit to an illegal alien.” In this way, it attempted to exclude illegal immigrants from access to a major source of housing and shelter. Earlier in 2006, the city council of Hazleton, Pennsylvania, passed a set of laws that sought to “deny licenses to businesses that employ illegal immigrants, fine landlords $1,000 for each illegal immigrant discovered renting their properties, and require city documents to be in English only.”

What legal recourse do illegal immigrants have to fight against this wave of discriminatory legislation against them? What strategies can they pursue to insure their access to basic economic and social services such as housing, public education, and medical services?

With respect to federal classifications of immigrants (both legal and illegal immigrants), the Supreme Court has traditionally deferred to the judgments of Congress, citing Congress's constitutional grant of“plenary power” over issues of immigration. Consequently, federal action that discriminates against noncitizens almost always survives judicial scrutiny. The merits of this plenary-power doctrine adopted by the Court can be questioned and has been thoughtfully criticized by a number of scholars. This article, however, will not address the plenary-power doctrine or its limitations.

Instead, this article focuses on state discrimination against illegal immigrants and the use of equal-protection doctrine to protect these immigrants' rights to enjoy the array of benefits and services offered by state governments. There are two main reasons why this article will focus on the Equal Protection Clause rather than on federal preemption doctrine, which is the other major tool that illegal immigrants can use to attack discriminatory state classifications. First, the equal-protection doctrine highlights the dignity and membership of an individual in American society in a way that the more structural preemption analysis does not. Second, preemption has become the more common, and successful, tactic over the last twenty years, leaving the equal-protection approach under-explored and undeveloped since the early 1980s. It is time to revive the analysis of illegal immigrants' right to strong equal protection of the laws, both to highlight their equal moral membership in America and because the preemption approach does not always prevail.

This article is organized in the following manner.

Part I breaks down the U.S. Supreme Court's holding in Plyler v. Doe, the first and only case in which it addressed the equal-protection status of illegal immigrants. In doing so, the article distills the justifications that the Court provides for declaring the constitutional relevance of unlawful status, which will then serve as the topics of discussion for the rest of the article's critiques.

Finally, Part III argues that illegal immigrants are morally entitled to the same benefits and services provided by states to legal immigrants as well as most of the benefits reserved for citizens. This is accomplished through the articulation and application of a participation model of rights that stresses the moral significance of an individual's membership within a society rather than his or her status as a citizen or legal immigrant.

With an estimated population of twelve million in 2006, the “shadow population” that the Plyler Court was so concerned about in 1982 has grown dramatically in size. This has made it imperative to reexamine the declaration in Plyer that unlawful status is a constitutionally relevant consideration, which has led to the commonly accepted conclusion that state illegal-immigrant classifications are to be subjected to only rational-basis review. Since Plyler was decided, the United States has witnessed a steady increase in anti-illegal-immigrant sentiment as well as a proliferation of state and local laws denying basic economic and social benefits to illegal immigrants. This sentiment and these laws seek to deprive the undocumented population of some of the most basic elements of survival such as housing and health services. In this way, they also seek to deprive undocumented individuals of their humanity as well as the dignity of full membership in the communities in which they live, work, and interact every day.

Under a rational-basis regime, illegal immigrants may soon be converted into an outlaw class within American society. This result is unacceptable under the anti-caste principles animating the Equal Protection Clause of the Fourteenth Amendment. It is also morally unacceptable when considering the fact that, aside from their unlawful presence in the United States, illegal immigrants are virtually indistinguishable in their activities from most citizens and legal immigrants.

The Equal Protection Clause extends its protection to all persons within the United States jurisdiction. The broad sweep of this language is something for Americans to be proud of, as it underscores this nation's universalist commitment to the preservation of human dignity. The Supreme Court in Plyler v. Doe, however, incorrectly rendered a judgment that would allow illegal immigrants to be treated as nonpersons. Accordingly, the Court should reconsider its holding in that case and recognize the constitutional irrelevancy of unlawful status. State classifications of illegal immigrants could then take their rightful place in the modern line of alienage cases declaring that state discrimination based on noncitizen status must be subjected to strict-scrutiny review.