The Second Amendment: Toward an Afro-Americanist Reconsideration 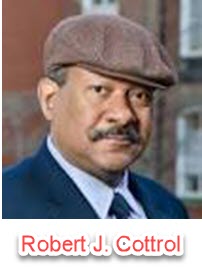 The often strident debate over the Second Amendment is like few others in American constitutional discourse and historiography. It is a constitutional debate that has taken place largely in the absence of Supreme Court opinion. It is a historical controversy where the framers' intentions have best been gleaned from indirect rather than direct evidence. It is a scholarly debate that members of the academy have been until recently somewhat reluctant to join, leaving the field to independent scholars primarily concerned with the modern gun control controversy. In short, the Second Amendment is an arena of constitutional jurisprudence that still awaits its philosopher.

The debate over the Second Amendment is ultimately part of the larger debate over gun control, a debate about the extent to which the Amendment was either meant to be or should be interpreted as limiting the ability of government to prohibit or limit private ownership of firearms. Waged in the popular press, in the halls of Congress, and increasingly in historical and legal journals, two dominant interpretations have emerged. Advocates of stricter gun controls have tended to stress the Amendment's Militia Clause, arguing that the purpose of the Amendment was to ensure that state militias would be maintained against potential federal encroachment. This argument, embodying the collective rights theory, sees the framers' primary, indeed sole, concern as one with the concentration of military power in the hands of the federal government, and the corresponding need to ensure a decentralized military establishment largely under state control. 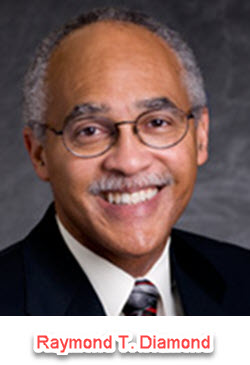 Opponents of stricter gun controls have tended to stress the Amendment's second clause, arguing that the framers intended a militia of the whole—or at least the entire able-bodied white male—population, expected to perform its duties with privately owned weapons. Advocates of this view also frequently urge that the Militia Clause should be read as an amplifying, rather than a qualifying, clause. They argue that, while maintaining a “well-regulated militia” was the predominate reason for including the Second Amendment in the Bill of Rights, it should not be viewed as the sole or limiting reason. They argue that the framers also contemplated a right to individual and community protection. This view embodies the individual rights theory.

This debate has raised often profound questions, but questions generally treated hastily, if at all, by the community of constitutional scholars. For example, if one accepts the collective rights view of the Amendment, serious questions arise concerning whether the federal government's integration of the National Guard into the Army and, later, the Air Force have not in all but name destroyed the very institutional independence of the militia that is at the heart of what the collective rights theorists see as the framers' intentions. Even the gun control debate is not completely resolved by an acceptance of the collective rights theory. if the Second Amendment was designed to ensure the existence of somewhat independent state militias immune from federal encroachment, then the question arises to what extent states are free to define militia membership. Could a state include as members of its militia all adult citizens, thus permitting them an exemption from federal firearms restrictions? If, instead, the federal government has plenary power to define militia membership and chooses to confine such membership to the federally controlled National Guard, does the Second Amendment become a dead letter under the collective rights theory?

If the collective rights theory raises difficult questions, the individual rights theory raises perhaps even more difficult, and perhaps more interesting ones. Some of these questions are obvious and frequently asked, such as where to draw the line between an individual's right to possess arms and the corollary right to self-defense on the one hand, and the community's interest in public safety and crime control on the other. Other questions are more elusive, more difficult to pose as well as to answer. At the heart of the individual rights view is the contention that the framers of the Second Amendment intended to protect the right to bear arms for two related purposes. The first of these was to ensure popular participation in the security of the community, an outgrowth of the English and early American reliance on posses and militias made up of the general citizenry to provide police and military forces. The second purpose was to ensure an armed citizenry in order to prevent potential tyranny by a government empowered and perhaps emboldened by a monopoly of force.

The second argument, that an armed populace might serve as a basis for resistance to tyranny, raises questions of its own. The framers had firsthand experience with such a phenomenon, but they lived in an age when the weapon likely to be found in private hands, the single shot musket or pistol, did not differ considerably from its military counterpart. Although the armies of the day possessed heavier weapons rarely found in private hands, battles were fought predominately by infantry or cavalry with weapons not considerably different from those employed by private citizens for personal protection or hunting. Battles in which privately armed citizens vanquished regular troops, or at least gave “a good account of themselves,”were not only conceivable—they happened.

Modern warfare has, of course, introduced an array of weapons that no government is likely to permit ownership by the public at large and that few advocates of the individual rights view would claim as part of the public domain. The balance of power has shifted considerably and largely to the side of governments and their standing armies. For individual rights theorists, this shift immediately raises the question of whether, given the tremendous changes that have occurred in weapons technology, the framers' presumed intention of enabling the population to resist tyranny remains viable in the modern world. Although partly a question of military tactics, and thus beyond the scope of this discussion, it is also a constitutional question. If private ownership of firearms is constitutionally protected, should this right be protected with the original military and political purposes in mind, or should the protection of firearms now be viewed as protecting only those weapons used for personal protection or recreation? Or, given that all firearms are potentially multi-purpose, and that all firearms potentially may be used for military, recreational, or personal defense as well as for criminal purposes, what effect should legislatures and courts give to the framers' original military rationale? Where should the proper lines be drawn with respect to modern firearms, all of which employ technologies largely unimagined by the framers?

Societal, as well as technological, changes, raise questions for advocates of the individual rights view of the Second Amendment. In the eighteenth century, the chief vehicle for law enforcement was the posse comitatus, and the major American military force was the militia of the whole. While these institutions are still recognized by modern law, they lie dormant in late twentieth-century America. Professional police forces and a standing military establishment assisted by semi-professional auxiliaries—the reserves and the National Guard—have largely assumed the roles of public protection and national security. It is possible that the concept of a militia of the armed citizenry has been largely mooted by social change.

Yet, the effect of social change on the question of the Second Amendment is a two-edged sword. If one of the motivating purposes behind the Second Amendment was to provide a popular check against potential governmental excess, then does the professionalization of national and community security make the right to keep and bear arms even more important in the modern context? Furthermore, the question remains whether the concept of a militia of the whole is worth re-examining: Did the framers, by adopting the Second Amendment, embrace a republican vision of the rights and responsibilities of free citizens that, despite the difficulties, should somehow be made to work today?

Many of the issues surrounding the Second Amendment debate are raised in particularly sharp relief from the perspective of African-American history. With the exception of Native Americans, no people in American history have been more influenced by violence than blacks. Private and public violence maintained slavery. The nation's most destructive conflict ended the “peculiar institution.” That all too brief experiment in racial egalitarianism, Reconstruction, was ended by private violence and abetted by Supreme Court sanction. Jim Crow was sustained by private violence, often with public assistance.

If today the memories of past interracial violence are beginning to fade, they are being quickly replaced by the frightening phenomenon of black-on-black violence, making life all too precarious for poor blacks in inner city neighborhoods. Questions raised by the Second Amendment, particularly those concerning self-defense, crime, participation in the security of the community, and the wisdom or utility of relying exclusively on the state for protection, thus take on a peculiar urgency in light of the modern Afro-American experience.

This article explores Second Amendment issues in light of the Afro-American experience, concluding that the individual rights theory comports better with the history of the right to bear arms in England and Colonial and post-Revolutionary America. The article also suggests that Second Amendment issues need to be explored, not only with respect to how the right to keep and bear arms has affected American society as a whole, but also with an eye toward subcultures in American society who have been less able to rely on state protection.

The remainder of this article is divided into five parts.

Part I examines the historical tension between the belief in the individual's right to bear arms and the desire to keep weapons out of the hands of “socially undesirable” groups. The English distrust of the lower classes, and then certain religious groups, was replaced in America by a distrust of two racial minorities: Native Americans and blacks.

Part III examines the intentions of the framers of the Fourteenth Amendment with respect to the Second Amendment and how nineteenth-century Supreme Court cases limiting the scope of the Second Amendment were part of the general tendency of the courts to limit the scope of the Fourteenth Amendment. This Part also examines restrictions on firearms ownership aimed at blacks in the postbellum South and the role of private violence in reclaiming white domination in the South.

In Part V, the article suggests directions of further inquiry regarding political access, the current specter of black-on-black crime, and the question of gun control today.