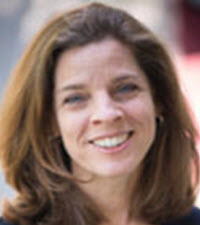 Professor Kristin Henning's compelling article, The Reasonable Black Child: Race, Adolescence, and the Fourth Amendment, provides a close examination of how both bias and the circumstances surrounding the lives of many black children shape how they perceive the police and how the police perceive them. Professor Henning demonstrates that the law does not uniformly acknowledge the realities of these interactions and that this, in turn, contributes to disproportionate police intrusion and related disproportionate involvement with the criminal justice system among black youth.

To correct this, Professor Henning argues, courts should explicitly consider race and age in deciding whether a black child is behaving suspiciously enough to justify a police stop or search; whether a black child has consented to a search; and the level of threat posed by a black child. This, Professor Henning argues, would compel courts to take into account the relevant science-- including research regarding juvenile brain development, reaction to authority, and implicit bias to “consider the commonsense judgments and inferences that flow readily from the unique interplay between race and adolescence in the typical police-youth encounter.” The purpose of this Response is to underscore generally this appropriately expansive nature of Professor Henning's proposal, and to highlight the need for courts to specifically consider Latinx ethnicity as well as race. Including consideration of Latinx ethnicity is not an expansion of Professor Henning's proposal at all, much less an expansion that would warrant the “slippery slope” objection Professor Henning anticipates. When we read Professor Henning's article as she means it to be read--as a call to break free from the historical mire that uplifts whiteness at the center of Fourth Amendment reasonableness when evaluating significant police encounters--we see that courts should consider not only race and age, but also, where applicable, ethnicity, national origin, and religion.

The need to consider more completely and specifically Latinx treatment by police is both long overdue and urgently needed. We have had a tendency to subsume ethnicity into race when considering Latinx in the United States, especially in the criminal justice context. This both reflects and perpetuates a lack of data and analysis about the involvement of Latinx in the criminal justice system, including interactions with police. While a similar Response could be written regarding other demographic cohorts, this Response focuses on Latinx for several reasons. First, Latinx are a very large segment of the United States population--nearly one in five people in the United States is Latinx, making Latinx, behind whites, the largest racial or ethnic group in America. There is reason to believe that this very large group is disproportionately policed. Second, erasing Latinx ethnicity masks disparities between black and white people in the criminal justice system and may make it more difficult for African Americans and Latinx to work together towards less harmful treatment by police. Third, while in some respects the Latinx experience vis-à-vis the police overlaps with or is essentially identical to the experiences of African Americans and police, in other respects the Latinx experience is unique. Thus, addressing police-related concerns of African Americans is unlikely to fully address the police-related concerns of Latinx. Finally, the current anti-Latinx climate in the United States, combined with a history of law enforcement complicity in anti-Latinx discrimination and abuse, underscores that an explicit accounting of Latinx treatment by police is both long overdue and urgently needed.

When Professor Henning's proposal is read as she intends, as a call for explicit consideration of all salient circumstances in the totality of circumstances standard--including not only race and age but also ethnicity--the task at hand regarding Latinx becomes clear: we must recognize that Latinx people and communities have unique circumstances and histories with the police and criminal justice system that impact how they perceive and are perceived by the police, and must take those factors into account when assessing the propriety of police intrusions regarding Latinx.

We must also acknowledge that we know too little about Latinx interactions with the police and criminal justice system, in part because of our tendency to erase ethnicity from these discussions. This lack of information not only makes it difficult to culturally norm police interactions with Latinx, it also makes it more difficult to evaluate current public treatment of Latinx, including what role police may be playing. The first step towards remedying this problem is to insist upon consideration of Latinx ethnicity as we collect, analyze and discuss qualitative and quantitative data about their interactions with the police.