A Reasonable Alternative to Guilt: Flight and Anti-Black Racism 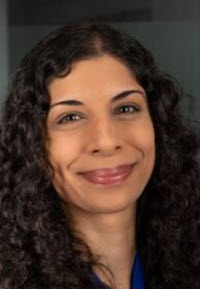 Black communities in Canada are overpoliced in an overwhelming variety of ways. As noted by Lennox Farrell, co-founder of the Black Action Defense Committee, challenging anti-Black racism is akin to fighting a Hydra-- successfully defeating one of its manifestations only results in new forms. Associations between Blackness and criminality are rooted in slavery and continue to be reproduced. The criminal justice system is one of the sites that has most strongly reconsolidated state control over Black people.

Black people are disproportionately represented in police interactions ranging from street-checks to deadly use of force, and are disproportionately incarcerated across Canada. Despite comprising about 3% of the general population, Black people in some parts of Canada have represented almost 25% of those carded by police, 29% of those involved in police use of force cases, and 70% of those involved in police shootings that caused civilian death. Police often cite self-defence in response to criticism for use of force, despite the fact that the individual civilians involved in most documented cases of use of force are unarmed or if armed, are armed with an object other than a gun. The individual and cumulative experiences of Black community members with police, as reflected in the available data, suggest that it is in fact Black individuals who have reason to fear police encounters.

The over-representation of Black individuals in the criminal justice system is exacerbated by its treatment of flight. Flight refers to a spectrum of behaviour. It includes the act of fleeing from the scene of a crime, leaving the jurisdiction in which a crime was committed, attempting to evade or resist arrest, or failure to appear at trial. There is overwhelming evidence that Black individuals have good reason to fear police, and therefore good reason to flee police encounters. However, the criminal justice system's traditional discouragement of flight means that this reasonable act on the part of a Black individual may lead to heightened suspicion and increased criminal penalties. Evidence of flight can lead police to suspect wrongdoing, giving them the legal basis to detain, arrest, or search an individual. It has implications in criminal trials where juries may rely on such circumstantial evidence to support conviction. It can result in additional criminal charges being levied against an individual and has implications for decisions about bail and sentencing. As discussed further below, anti-Black racism operates at each of these steps in the criminal justice process, exacerbating the impact of state violence against Black communities. Canadian jurisprudence has recognized that there are dangers in considering evidence of flight, including the risk that it will be overemphasized and lead to a wrongful conviction. Nevertheless, evidence of flight continues to play a role in criminal law.

I will examine how anti-Black racism and police brutality factors into flight, and the implication of flight on triggering the criminal law apparatus upon Black community members. I argue that Black communities have a reasonable fear of violence from police that generates a valid, alternative reason for flight that must reshape the legal analysis of flight. Canadian courts have a history of taking judicial notice of anti-Black racism in criminal law, recognizing the social context of systemic anti-Black racism, bias in jury selection, disproportionate impact of strip searches, racial profiling, arbitrary detention, the racialized impact of policing, and the impact of colonialism, slavery and anti-Black racism on socioeconomic outcomes and over-incarceration. I recommend, in light of the valid and alternative reason for flight from police, that courts adopt an automatic exclusionary rule for evidence of flight in the trials of Black accused persons, that such evidence be excluded from the calculus of reasonable suspicion or reasonable grounds for detention or arrest, and from bail and sentencing determinations.

In Part II, I examine the treatment and implications of the evidence of flight in the criminal justice system, and how the impact of anti-Black racism is compounded at each step of the process from detention or arrest to incarceration. In Part III, I examine the relationship between Black communities and police in Canada, including the historical context of the relationship, evidence of ongoing and violent over-policing, and its long-term impact on Black communities. In Part IV, I contend that as part of their evolving recognition of anti-Black racism, Canadian courts should consider Black fear of police as a valid, alternative reason for flight from police. In Part V, I recommend that courts adopt an automatic exclusionary rule for evidence of flight from police by Black persons, that evidence of flight be excluded from the calculation of grounds for detention and arrest, and from bail and sentencing determinations.

The proposed reforms aim at neutralizing the threat of prejudicial effect of evidence of flight against Black accused persons in the criminal justice process, that is heightened by existing anti-Black racism in this system. They attend to the fact that the average person does not have the resources to fight unjust criminal convictions to all levels of Canadian courts.

As Angela Davis notes, the number of lawbreakers exceeds the number of criminals--the difference between the two comes from the disproportionate police surveillance and arrest of Black people. By increasing the threshold of evidence required by police to justify detention and arrest--and required by the Crown to justify pre-trial detention, criminal conviction, and lengthier sentences--the proposed reforms aim to reduce instances of racial profiling, stops and searches, police harassment, rates and duration of incarceration, especially as the state continues to target Black people through tactics such as the “war on drugs” and “war on welfare fraud”. The lived experiences of Black community members in Canada tells us that other means of addressing concerns about police, including filing of police complaints, may not be sufficient where police services are not committed to reforming practices and addressing anti-Black racism. It also tells us that exercising or asserting one's rights is not always possible and can even result in more harm for Black people.

The proposed reforms largely function as post-facto remedies. Due to racial profiling and over-policing of Black community members, arbitrary detentions and arrests will likely continue to occur until such cases are stopped by courts. The hope for the proposed reforms is that they will fulfill the expressive function of law, acting to change the behaviour of state actors and address the problems created by use of evidence of flight over time. They also serve to address one piece of a larger criminal justice system that targets, criminalizes, and incarcerates Black communities. Additional activism, reforms, and changes are needed, including the systematic defunding of police, abolition of carding, greater accountability for police officers who kill civilians, and universal use of de-escalation tactics by police in confrontations with civilians--especially in the case of civilians with mental health challenges. In addition, state agencies must commit to collecting systemic data about racism in order to identify continuous means of addressing state anti-Black racism. The proposed reforms should not be taken as an endorsement of carceral approaches to accountability; they constitute an intervention that aims to reduce slavery's “afterlife” by recognizing that violence against Black people in Canada largely occurs within the bounds of the law.