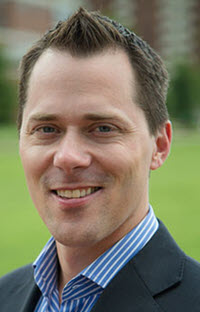 Section II summarizes Atuahene's model and reviews how scholars have borrowed, applied, and extended her concepts. This section also reviews relevant scholarship on procedural justice and social movement theory to advance a new way of looking at dignity taking and dignity restoration in the context of police violence and accountability.

Section III establishes the Chicago police torture scandal as an example of a dignity taking and suggests that the process of torturing African American criminal suspects provided white detectives self-affirmation during a moment of perceived status threat.

Section IV shifts attention to dignity restorers and argues that social movement organizations offered survivors of police violence mechanisms to restore dignity in themselves and others through active participation in the regular process of pressing claims for justice.

The paper's final section offers a short conclusion and calls for including survivors more directly in the implementation of state policy once judicial or legislative victories have been won.

Employing qualitative methods, this essay analyses a growing body of documentary evidence in Chicago's Jon Burge police torture scandal. Jon Burge was a police officer--later a high-ranking commander--who, from 1972 to 1991, led a group of white detectives who regularly tortured or otherwise coerced confessions from over 120 African-American criminal suspects on Chicago's majority-black South and West Sides. According to an internal Chicago Police Department (CPD) investigation, "the type of abuse described was not limited to the usual beating, but went into such esoteric areas as psychological techniques and planned torture." The Burge interrogation repertoire included trickery, deception, threats, intimidation, physical beatings, sexual humiliation, mock execution, and electroshock torture. Race played a critical role in the Burge scandal. Nearly all of the dozens of detectives involved were white; virtually all of the alleged victims were black. Prosecutors, judges, and otherpublic officials facilitated the abuse and its cover-up. Scores of defendants wound up in prison as a result of coerced confessions, including at least thirteen men sent to death row. Following public disclosure of the police torture cases in 1989, a diverse group of community activists launched a series of campaigns for justice and relief._ID0EDF Their goals included ending police torture, freeing the innocent, punishing perpetrators, and abolishing the state's death penalty. Over the course of two decades and counting, this evolving coalition experienced many victories and defeats, including the exoneration or release of dozens of survivors. The Burge scandal continues to make headlines while costing Chicago taxpayers millions of dollars in legal fees, settlements, and civil damages.

In May 2015, the Burge scandal garnered national and international attention once again when the Chicago City Council approved a municipal ordinance giving reparations to Burge torture survivors. Representing the holistic approach proposed by community activists, the $5.5 million reparations package awarded each of fifty-seven claimants $100,000 in financial payments; privileged access to psychological counseling, healthcare, and vocational training; as well as provided tuition-free enrollment in City Colleges for themselves, their children, and grandchildren. The ordinance also required the City offer an apology, erect a public memorial, create a community center to provide services for victims of police violence, and develop a public school curriculum to teach the Burge scandal to eighth-and tenth-grade students. The reparations victory presented an occasion to reflect on over twenty-five years of protest and litigation by what this essay calls the Chicago torture justice movement. However, attention to the concrete achievements of this fluid network of individuals and organizations, while important, helped minimize appreciation of the movement's abstract accomplishments, particularly its effort to help restore dignity among torture survivors, their families, and communities.

Research material on the Burge scandal and its aftermath consulted for this project includes archival manuscript collections; reports and memoranda from several official and unofficial investigations; decisions of the Illinois Torture Inquiry and Relief Commission; briefs, opinions, exhibits, and other legal documents provided by the People's Law Office; newspaper articles from the corporate and alternative press; transcripts, exhibits, and decisions from public hearings of the Chicago Police Board; and trial records from the Archives Department of the Clerk of the Circuit Court of Cook County; supplemented by a limited number of in-person, Skype, telephone, and email interviews with participants and observers. In accordance with Atuahene's recommended approaches for investigating whether the infantilization or dehumanization core to dignity taking occurred, much of this materialrepresents "bottom-up" evidence characterized by "interviews, oral histories, newspaper stories, diaries, and meeting minute transcripts" located in various archival collections.

The evaluation of the Chicago torture justice movement presented in this paper risks appearing too positive. Indeed, some of the movement's rhetorical commitment to offering a voice to survivors and their families has proven more aspirational than real. Many of the Burge torture victims remain unknown. Others have had no meaningful interaction with the movement that works on their behalf. Still more have engaged in social movement activity, but may not have experienced a meaningful restoration of dignity. Some are critical of movement leadership. Others may have found private ways to restore dignity independent of social movement activism or state action. Where social movement activity has resulted in a degree of dignity restoration, it remains important to provide other services as well, including access to mental health care and other substantive educational, vocational, and supportive programs. Social movements can facilitate dignity restoration, but these efforts work best in tandem with other provisions. Hence, the holistic model offered by the 2015 reparations ordinance.

Yet the reparations ordinance itself was no panacea. Indeed, some people affected by the torture scandal raised reservations from the beginning. During a public hearing prior to its passage, for example, the mother of a torture survivor objected that the limited scope of the ordinance disqualified men, like her son, who were tortured under circumstances beyond the narrow parameters of the bill's language. Some of the survivors complained that the amount of the financial payments, $100,000, let the city off on the cheap, as recent settlements in civil suits netted plaintiffs upwards of $10 million each. Implementing the other provisions of the ordinance also proved challenging, as public officials, activists, and administrators struggled to launch the community center, the public memorial, and the school curriculum in a timely fashion. At least one survivor turned to social media to criticize the bill's shortcomings and attack prominent attorneys who spearheaded the reparations push. Anger and frustration over the nature, scope, and pace of the state's provisions reinforces the need to include survivors as the implementation fight proceeds. In other words, the reparations package alone did not restore dignity in one fell swoop. Rather, the vital restoration of dignity comes through meaningful participation in the process, not just the process of setting an agenda and making claims on the state, but also in the process of implementing the legislative results.