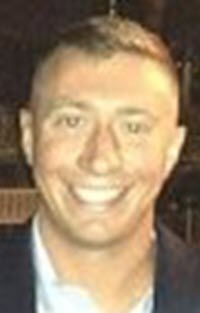 LAW ENFORCEMENT BILLS OF RIGHTS, or LEOBORs, create “double due process” by taking the sacred constitutional rights of people suspected of criminal wrongdoing and transplanting those rights onto the internal disciplinary process. LEOBORs are either codified at the state level or woven into contracts and collective bargaining agreements. Police unions are staunch advocates for these measures, whether lobbying and exerting explicit political power to enact a state statute or weave their protections into local contracts contracts often negotiated beyond the prying eyes of the public that the police serve.

Police officers, like other public employees, possess due process rights derived from a property interest in their continued employment. Before deprivation of employment (the property interest that triggers due process protections), a public employee is entitled to notification of reasons for impending or possible dismissal and a hearing before he or she is dismissed. As a constitutional right applicable to public employees, police officers enjoy these same rights. Similarly, if a police officer is under criminal investigation or charged with a crime, he or she would enjoy the same constitutional protections as any other citizen. The law has been appreciative of unique strains the job of policing might place on cops' rights. For instance, management cannot coerce police to self-incriminate if questioned about the performance of their duties.

But law enforcement officers also have a singular power in American society: the power to use violence to coerce citizens, including the threat and actual exercise of lethal force. Every day there is the potential for police to come into great personal danger, to be faced with difficult situations implicating their safety and the safety of others. Their need to have the ability to responsibly use coercive force is real and legitimate. But it cannot come with the assumption that any force is legitimate because a police officer used it.

Given this awesome power, it makes sense for society to demand forceful regulation over how it is used. The Supreme Court recognized in National Treasury Employees Union v. Von Raab that law enforcement officers could be held to narrow constitutional protections when there was a public interest in regulating their conduct. Though Von Raab dealt with the reasonableness of a search--drug testing customs agents without a warrant or individualized suspicion--the Court reasoned that there is a strong public interest in ensuring the integrity and accountability of law enforcement, as well as the good discretion of agents of the state empowered to use deadly force. When society grants police the power to use force against civilians to coerce desired behavior, and even to kill, it has an unquestionably strong interest in regulating the use of that power.

LEOBORs in statutes and collective bargaining agreements are written for one purpose and “sold” publicly for another. They are written, in statute and contract, mostly as seemingly reasonable stipulations any group of employees might have for their bosses, especially in a field with as much potential for “customer dissatisfaction” as policing. LEOBORS are pushed by police unions and their representatives as necessary to ensure police have at least the same rights as criminals. Without LEOBORs, these arguments go, the law offers more protections to potential murderers and thieves than cops. But when police make mistakes or abuse their power, the actual effects of LEOBORs reveal a third, more dangerous purpose: putting even the most vile, destructive actions of law enforcement officers beyond serious accountability. The juxtaposition between the advertisement, the product, and the side effects leaves no doubt that LEOBORs were made for, and have been very effective at, thwarting accountability for police misconduct.

LEOBOR protections can be primarily statutory, generally on the state level (as in Maryland), negotiated by police unions into collective bargaining agreements on the local level (as in Cleveland), or mandated at the state statutory level subject to supersedence by police unions that may have more leverage over local politics as they hammer out their collective bargaining agreements (as with Illinois and Chicago).

A preliminary note on the effects of police misconduct: though the racist nature of the American criminal justice system is far beyond the scope of this paper, any analysis of policing in America must include race. Almost every coercive action taken by police disproportionately affects minorities, especially black men. In 2014, ProPublica found black males were twenty-one times more likely to be shot dead by police than white males. The Washington Post found that forty percent of unarmed people shot dead by police were black, despite comprising only six percent of the American population. The Post's data--which was compiled by the newspaper itself because no federal agency keeps track of police killings--found the majority of those killed by police had some kind of weapon in their possession when police took their lives, but that black and Hispanic men disproportionately made up the dead who had exhibited “less threatening behavior.” In 2014, Department of Justice statistics showed black drivers were thirty-one percent more likely than white drivers to be pulled over for traffic violations, and were more likely to be searched than whites. As of 2010, black men were six times more likely to be incarcerated than white men. Police are the most visceral instruments of a criminal justice system that disproportionately kills, seizes, searches, and cages minorities. Legal instruments that prevent holding police accountable for their conduct and the organizations that peddle them must be analyzed with these facts in mind.

LEOBOR provisions, whether contractual or statutory, often address legitimate labor concerns. Those provisions will not be addressed here. Instead, this paper will cover only the provisions most glaringly aimed at thwarting accountability and preserving police power: escape routes designed to shield from any accountability those police officers who abuse their discretion and commit overtly or subtly destructive acts against the communities they serve. The provisions below are squarely aimed at preserving the power of police to do what they please to whom they please.

LEOBOR provisions are billed as protecting officers' “due process” rights, but the Fifth Amendment's guarantee that life, liberty, or property will not be taken without due process of law does not exclude police officers. The “due process” smokescreen does not relate to criminal matters: instead, it creates similar “protections” within the realm of organizational inquiries into police actions. Nor are police magically exempted from the Fifth Amendment's protections. LEOBORs vary from state to state on what sort of “inquiry” is covered. Official investigations into officer misconduct explicitly trigger the LEOBOR “protections,” but some LEOBORs leave open the possibility that routine questioning and supervisory review by police supervisors could trigger LEOBOR protections.

It should be noted that any practical difference in rights between administrative and criminal investigations is irrelevant: any criminal prosecution of a police officer for on-duty conduct will begin with an administrative inquiry.