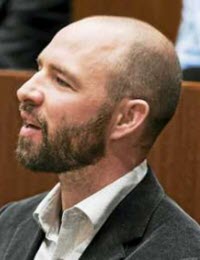 In 1998, the American Public Health Association adopted a policy to combat the negative impact of police violence on public health. The statement noted that police brutality and excessive force, even if practiced by a small minority of police officers, negatively impacts public health, especially in communities of color. In 2016, the Journal of Urban Health devoted an entire publication of ten articles to the subject. However, the concept that police violence impacts public health remains surprisingly absent in the law. This disconnect between the law and public health demonstrates how our society views the police, and the problems that we expect the police to solve.

Too often, society expects the police to act as social workers and use force to solve problems better situated through other expertise. In New Haven, Connecticut, police officers continually issue loitering citations to homeless persons on the New Haven Green. When a homeless person does not show up to court, after never receiving a court date by mail at their nonexistent home, a warrant goes out for their arrest. In response to protestors, a police spokesperson said, “[we] don't deal with homeless people, we deal with people.” The spokesperson's response illustrates the bluntness of police force and incarceration as a means to confront a complex social problem.

The response to such force will inevitably result in violence against police and an overall increase in crime. Ismail Brinsley, an African American man, with a history of twenty arrests for minor offenses, shot and killed his ex-girlfriend and two police officers before committing suicide. Mr. Brinsley was not an activist and had no known feelings against the police. He had no history of mental health illness. This tragedy came about because the tensions between police and communities of color reached a boiling point. Unless drastic reform takes place, we can expect continued outbursts of violence.

At some point, one must ask what shape police reform should take. “A reform that begins with the officer on the beat is not reform at all. It's avoidance. It's a continuance of the American preference for considering the actions of bad individuals, as opposed to the function and intention of systems.” Viewing police violence through a public health law lens widens the scope of the problem, and highlights the significant social costs of aggressive policing, both to police officers and to the community at large. Health law relies on statistics. Thus, obtaining reliable data is of vital importance to achieve effective police reform. Police reform requires a structural overhaul. Identifying departments in most need of change would occur by analyzing the constellation of data coming out of Stop, Search, and Arrest Reports and Use of Force Reports. Analysis requires information not readily available, difficult to come by through freedom of information statutes, often ignored by police departments or other government agencies with little-to-no consequences, or information that is accessible, but not often collected or displayed in a useful manner.

In the case of East Haven police reform, the DOJ came up against significant resistance. The federal government forced change by threatening the town with a lawsuit, which gave way to a consent decree, a court order that both parties agreed to, and a court-enforced settlement agreement. Only then, did the East Haven Police Department (hereinafter EHPD) allow records and misconduct to be brought to light. What followed were criminal prosecutions and reform. The EHPD installed a computer software system to track officer misconduct and a procedure for early discipline or intervention.

Citizens and town council members seeking change will have considerably less force at their backs. Reform is a slow and steady process. It should not result from demands of singular events such as a heroic police work or a devastating civilian death. Reform should flow from the persistent work of citizen activists, politicians, lawyers, scholars, and police by design to produce lasting and effective social change.

Viewing police-community violence through a public health lens may help restore police authority by cutting back on tolerated levels of lying and use of force. African Americans have every reason to question the authority of police. “The dominant feature in the relationship between African Americans and their country is plunder, and plunder has made police authority an impossibility, and police power a necessity.” Policing, focusing on the health of the community, and not just criminal justice, takes a step away from the long history of police use of force to oppress black and Latino communities.

The extreme example made of EHPD regarding the instances of police misconduct resulted in four officers serving significant prison sentences, and the resignation of the chief of police. The DOJ came to the department with a great deal of advantage. The same may not exist in a department where the misconduct is not egregious, and threats of removal do not exist towards rank, file, and the chief. The EHPD is also a small police force, in a small town, especially when compared to major metropolitan departments in New York City and New Orleans. Therefore, reform is much more manageable, and quicker to put into action.

However, the consent decree and settlement agreement with the EHPD serves as a good model for reform. Other police departments should adapt these basic elements if citizens are perceptive enough to pressure town councils to negotiate collective bargaining agreements with police unions and fight for implementation. In East Haven, the Roman Catholic Church and the Ecuadorian community had strong ties, and were able to band together to demand change and assist the DOJ in its investigation.

On a national level, the NVDRS provides a necessary database to collect the most basic statistics from police departments: how many people die each year by legal intervention? The Guardian and The Washington Post led the way, but state public health departments and the CDC must serve as the backbone to data collection for a long-term solution. Funding for this database needs to continue and all fifty states and U.S. territories should report as a matter of public health.

The scheme of reform in the settlement agreement stresses the need for accurate records for analysis in a manner consistent with the EIS system. Training procedures and department policies must receive updates as well as the “rank and file” equipped with knowledge on racial bias beyond traditional police academy education. The citizen complaint process requires streamlining and storage in a database accessible to the Complainant. Departments should encourage community policing and designate a community liaison officer who acts as a guardian officer and not a warrior on the streets. Police departments need to ensure that officers are representative of the communities they are serving, and aggressively recruit minority officers if the department is imbalanced. At the same time, the difficulty of implementation without the DOJ cannot be underestimated. Police departments cannot change by collective bargaining agreements with the town, in which they have captured discipline and removal rights. Even when state laws require documentation and submission from local departments, those laws do not receive proper attention. Public access to information is a remedy to hidden practices, and state laws strengthening transparency are crucial to the health of the community.

Activism and vigilance from people on a local level is the only way for meaningful, long-lasting reform. “You can't rely on technology; it's the person, the person who is behind the badge, the person who is carrying the weapon that can take your life, it's about the person. The technology, the algorithms and all that are just tools but they cannot replace the person. You know, who do you got?”