Policing as an Unavoidably and Foreseeably Dangerous Activity 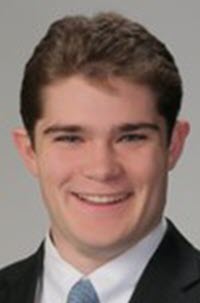 Americans are divided over issues of race and policing. While Americans across the social spectrum are aware that racism is a major problem in the United States, many still disagree about the problem's extent. Americans are particularly polarized over high-profile movements protesting police violence toward racial minorities. Studies have shown that police officers use force against racial minorities at disproportionately high rates, and there is reason to believe much of this force is unjustified. This unequal distribution of policing's risk causes a dignitary harm to entire communities of racial minorities--one that is independent of the physical and dignitary injuries suffered by individual victims of unjustified force. Injured parties who seek recourse through criminal and civil laws find that both fall short of providing a satisfying remedy for these harms. Accordingly, the failure of America's social institutions to fully address policing's harms is a primary target of today's police reform efforts.

This Note proposes and defends a legal reform that has the potential to go further than existing laws in remedying the harms of police misconduct. Specifically, this reform imposes strict tort liability on municipalities for wrongful police harms upon a finding that the resulting injury was wrongful in a criminal proceeding. In essence, the reform proposed in this Note should be adopted as a matter of policy and can be adopted as a matter of law.

As a matter of principle, a strict liability rule should be adopted as a matter of policy because it promises possible social benefits that outweigh its potential social costs. This Note uses three policy goals as benchmarks by which to measure the social desirability of legal approaches: the law enforcement interest; the justice interest; and the social equality interest. The more policy interests an approach advances and the further the approach advances them, the more desirable the approach.

With respect to the first policy goal, this Note strives to achieve the socially optimal policing level. "Policing" as used here denotes the common and widespread policies and practices of police officers in the United States today. Policing involves, among other things, the authority to use deadly force when necessary to prevent death or serious bodily injury, the capacity to use deadly weapons toward this end, and the procedures for confronting and apprehending suspected lawbreakers. This Note will refer to this policy goal as the law enforcement interest. Notably, a majority of Americans are highly confident in policing as it currently exists,and both police officers and the public generally support the use of aggressive tactics by police under certain circumstances. In light of these trends, a politically viable legal reform must allow for the continued use of modern police practices, including the use of aggressive tactics, where necessary.

As a second policy goal, this Note favors policies that assign responsibility to actors for harms they commit at exactly the level that best fits their conduct. This requires at least the nominal assignment of responsibility for misconduct to defendants in both criminal and civil proceedings to the extent they are responsible. It also assumes a corresponding policy favoring the provision of remedies to victims of unjust harm that brings the victim as close to a state of wholeness as possible. This Note refers to these policies collectively as the justice interest.

A strict tort liability rule for police misconduct can feasibly be adopted as a matter of law since it is largely consistent with existing law and, to the extent it is inconsistent, changing the law to accommodate this rule would be jurisprudentially justifiable. More specifically, policing is the kind of activity that can be properly subjected to strict tort liability because it is an "abnormally dangerous activity" as defined in the Restatement (Third) of Torts. For states that extend governmental immunity to municipalities for traditionally "governmental" functions like policing, an exception accommodating the proposed strict liability rule would be justifiable.

Because the normativity and feasibility issues are intertwined in ways that make it difficult to justify one independently of the other, this Note is structured to examine the justifications for each in the context of the other.

Part II of this Note explains how, given the nature and difficulty of modern policing in conjunction with human cognitive limitations, modern policing imposes a foreseeable and highly significant risk of harm, even when performed with reasonable care.

The failure of existing remedial schemes to remedy these injuries constitutes a failure of our justice and social equality policy interests. In Part IV, this Note briefly examines how this disproportionate imposition of risk also makes modern policing an activity "not of common usage" in the reciprocity-based sense relevant to the Restatement's definition of an "abnormally dangerous activity."

Having demonstrated that policing fits the Restatement's strict liability criteria, this Note argues in Part V why a strict liability rule is uniquely capable of remedying modern policing's harms, going further in satisfying the justice and social equality interests without sacrificing the law enforcement interest.

A social reform should be adopted if and only if its social benefits outweigh its social costs, providing a net benefit to society. The benefits of imposing a strict liability rule help remedy the three discrete injuries that stem from modern policing and satisfy the justice and social equality policy interests without reducing policing activity below its socially optimal level. Yet, the cost-benefit analysis of this proposed reform must also involve the costs and benefits of the changes that the reform would require. There is simply no way of squaring a rule that conceptually treats policing like a commercial activity with existing state law distinctions between governmental and proprietary functions that elevate governmental functions and insulate them from common law tort liability. For states that observe this distinction, one must therefore consider the costs and benefits of not only waiving governmental immunity for municipalities, but also imposing a strict liability rule. Waiving state sovereign immunity would otherwise run afoul of the interests in legal consistency and transaction cost minimization.

However, the transaction costs of legislative or judicial reform would not extend beyond drafting and passing legislation given how little practical reliance there is on sovereign immunity at the municipal level. Moreover, the doctrine of state sovereign immunity has become increasingly viewed with skepticism and disfavor by both states and scholars, and the doctrine as applied to municipal corporations is without the kind of historical grounding that has traditionally been used to justify the immunity of sovereign states themselves. Weighing against these interests is the American ethical interest in popular sovereignty, the justice interest, and the social equality interest. These interests are advanced by the waiving of sovereign immunity and the imposition of liability on municipal governments, and the social benefits that would come through their advancement far outweigh the costs of eschewing the countervailing interests. Finally, there are no political concerns that prove fatal to imposing tort liability on municipalities for police activity. To the extent these evaluations are accurate, they counsel in favor of adopting this Note's proposed reform.

Issues of race and policing are a flashpoint in the political culture wars that have gripped our deeply divided nation in recent years. Much of the most controversial aspects of this issue surround the assignment of guilt in criminal proceedings, which this Note has neither examined nor offered a solution for. It may be admitted, then, that this Note does not present a solution to the problem Americans are most concerned about. However, this Note does present a viable solution to a secondary concern, which asks, in those situations where an officer has already been convicted for misconduct in a criminal proceeding, whether there is a possible legal tool for remedying the inequitable harms of police misconduct--a tool that can find support from all Americans commonly committed to this Note's assumed policy interests.

What this Note offers of significance is, therefore, a legal solution that can provide some greater degree of compensation, even if marginal at most, despite the intractable political differences Americans have over race and policing. Far more ambitious are the reform's conceptual underpinnings, which constitute a new legal framework for understanding policing in contemporary America. Although this Note addresses only how viewing policing through this novel framework can provide social benefits in the narrow class of circumstances described above, it might potentially facilitate future insights into how policy-makers might address policing's most pressing and confounding problems.