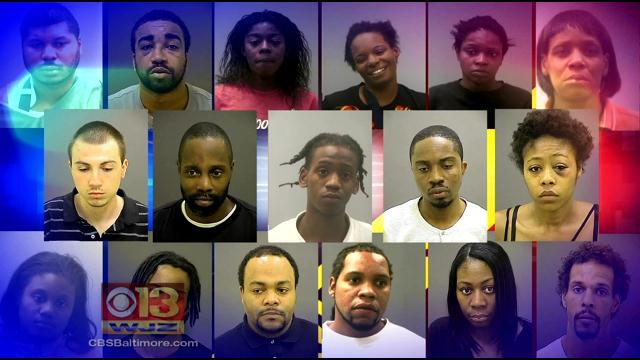 Can the government purchase silence from a someone who its agents beat, shocked with a stun gun, and ridiculed? According to Supreme Court precedent and the United States Court of Appeals for the Fourth Circuit, no. In Overbey v. Mayor of Baltimore, the Fourth Circuit answered the important question of whether the government may impose content-specific speech restrictions in the context of settlement agreements. Implicit in the court's reasoning is the underlying goal of self-fulfillment in First Amendment speech protections. Through an analysis of First Amendment precedent, the court accurately captured the importance of protecting speech describing an individual's personal experience of government abuse.

In Overbey, the court analyzed whether the use of a non-disparagement clause, prohibiting Ashley Overbey from speaking about her experience of police brutality, was an enforceable waiver of her First Amendment rights. In effect, the government sought to purchase silence to prevent critique from reaching the public consciousness with “hush money.” While an individual may waive a constitutional right, that waiver is not enforceable unless strong public policy interests support its enforcement. The court correctly held that the foundational public policy interests in open public debate and government mistrust were superior to the government's interest in efficiency and minimizing critique. The court's reasoning was consistent with the Supreme Court's protective First Amendment jurisprudence, and the court, by implication, affirmed the importance of protecting the speech of marginalized individuals that is critical of the government, especially experiences of police brutality.

Expanding on the court's correct decision and the resulting implications, this Note will analyze the case, the underlying precedent, the court's reasoning, and the court's application of relevant precedent and First Amendment theory.

Part I of this Note will describe the case before the Fourth Circuit, including Overbey's experience, Baltimore City's response, and the United States District Court for the District of Maryland's decision.

Part II will then discuss the relevant legal precedent underlying the court's decision. This Part will explore the First Amendment jurisprudence related to content-specific speech restrictions on speech that is critical of the government, the supremacy of First Amendment interests over competing interests, and the free speech jurisprudence related to self-fulfillment and self-respect.

Part III will follow the court's reasoning that led to its conclusion that the non-disparagement agreement was an unconstitutional waiver of Overbey's First Amendment right, as well as Judge Quattlebaum's dissenting opinion.

Finally, Part IV will explore the relationship between the court's decision and government-critical speech protections, the policies underlying the First Amendment, and the freedom of speech of marginalized communities.

In Overbey v. Mayor of Baltimore, the Fourth Circuit held that the City of Baltimore could not enforce non-disparagement clauses in settlements for police brutality. The court correctly analyzed the balance of First Amendment interests underlying free speech with the City's asserted interests in favor of enforcing the agreement. The court relied on commitments to open debate on public issues and mistrust of government as significantly protected interests within the First Amendment. The interests in freedom of speech have long prevailed over other asserted interests. The court's decision was also consistent with the theoretical foundations of the First Amendment--the goals of truth, self-governance, and self-fulfillment. In particular, the goals of self-fulfillment and personal autonomy were served when the court refused to enforce a settlement to purchase silence from a victim of police brutality. By using non-disparagement clauses in police brutality settlements, cases most often impacting marginalized community members, the City is effectively silencing its own critics and denying their humanity in the process. The court's decision to reject this practice sends a clear message: Governments cannot silence an individual's experience to save its own reputation.