Reclaiming Black Dignity From the Police and the State 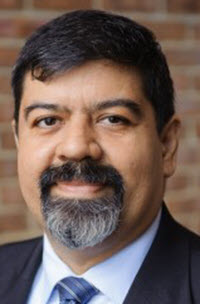 In the midst of a worldwide pandemic, the brutality of police misconduct and systemic racism in America has come to the forefront yet again. On May 25, 2020, Minneapolis police officers murdered George Floyd by kneeling on his neck for nearly eight minutes after he was accused of using a counterfeit twenty-dollar bill to buy cigarettes. His death has led to ongoing protests that have survived initial rioting and pushed the country to confront police violence. response has not been limited to the streets. Several House Democrats have submitted a bill that would expand the definition of lynching and end qualified immunity for police. On June 7, the Minneapolis City Council announced its intent to defund and abolish the city's police department. Despite these promising first steps, it is not clear what the reconstituted Minneapolis police force will look like, or even if the promised reform will take place. This Essay argues that when police target members of a discrete community they commit a “dignity taking” against that community--in effect, the police elevate their own status at the expense of the targeted community. As police departments are reformed or reconstituted in the wake of current protests, two things must occur if the changes are to be meaningful and lasting: community voices must be amplified and empowered, while police and their unions must be excluded. This Essay explains why, and offers specific details on this process.

Since the late seventeenth century, Western legal systems have equated the concept of dignity to the equality of human worth. “Every man a duke, every woman a queen, everyone entitled to the sort of deference and consideration, everyone's person and body sacrosanct ....” This conceptualization of dignity is partly reflected in the Declaration of Independence (“all men are created equal”) and the French Declaration of the Rights of Man (“[m]en are born and remain free and equal in rights”). This concept of dignity is wholly expressed by the Black Lives Matter movement's call for equality before the law and equal treatment by law enforcement. Atuahene developed the concept of a dignity taking during her examination of South African land restitutions. She defines such takings as instances when “a state directly or indirectly destroys or confiscates property rights from owners or occupiers whom it deems to be sub persons without paying just compensation or without a legitimate public purpose.” She ultimately removed the final element, refining the definition: “[T]here must be involuntary property loss as well as evidence of ... intentional or unintentional dehumanization ... or infantilization ... of dispossessed or displaced individuals or groups ....” Several scholars have since expanded beyond Atuahene's initial focus on real property. In earlier work, I have argued that unjust punishments inflicted by the state as well as police misconduct can also constitute dignity takings. Briefly put, when the police engage in brutality against a group of persons, they take the dignity both of the individual they have brutalized and the community that was targeted. racial or other discriminatory animus of police misconduct dehumanizes the targeted person and causes them to suffer a loss to their body, which is their property. When an NYPD officer choked Eric Garner to death; when Freddie Gray died from severe spinal injuries after getting a “rough ride” in the back of a Baltimore police van; when Breonna Taylor was shot by police executing a dubious no-knock warrant; or when George Floyd was suffocated to death by an officer's knee on his neck, the police took their property by taking their lives. the police also take from communities when they systematically target specific communities based on invidious characteristics. That this happens is beyond question: I have used Department of Justice (DOJ) reports on police misconduct to demonstrate how policing agencies systematically target communities. In Ferguson, Missouri, the DOJ found that African Americans were more likely to be searched when stopped. Further, even though these searches revealed that they were less likely to have contraband, African Americans represented eighty-eight percent of all use of force incidents. The report also found that officers refused to engage in such basic practices as wearing their name badges while in uniform, though they did wear bracelets in support of Darren Wilson, the officer who killed Michael Brown. reforms recommended by the DOJ were the results of negotiation with the police departments and municipalities and only took half-measures towards improving future practice, as opposed to restoring the dignity of the harmed community through adequate corrective processes. Moreover, because dignity takings are extraordinary takings, something more than mere monetary compensation is needed to restore what the person has lost. Where Does Taken Dignity Go?

When a traditional taking occurs, the state condemns the land, assesses the property, and then pays the owner fair market value before seizing the land and putting it to public use. In other words, what was taken (land) is clearly transferred from one party (the private owner) to another (the state, or its beneficiaries). Conversely, in a dignity taking, the ultimate destination of what is taken (dignity) is not readily discernable. This Essay argues, and the recent Black Lives Matter protests make clear, that dignity accrues to the police under policing policies and practices that dehumanize communities. The dignity of the police accrues at the expense of over-policed communities.

It is often forgotten that early English police in London were not held in high regard and were made fun of on stage and in the streets as “old and infirm, cowardly and ineffectual.” In the United States the police initially fared little better when they were equated with political factions and rampant graft in many cities. The corruption and graft of officers in many departments continued into the 1950s when reforms finally cleaned up many departments and increased their respect in the eyes of the public. Since the early twentieth century police unions have sought to improve upon this situation by increasing public perception that officers were heroic and civic-minded. it was after World War II that police forces increasingly resorted to race-baiting in order to foment panic among the general population. This tactic increased with the advent of the War on Drugs, when police and politicians alike engaged in dog-whistle tactics, including the use of inflammatory terms such as “predators” and “welfare queens.” Both political parties have pandered to a law-and-order mentality, and the result has been a dehumanization of persons accused of crimes, indeed of entire communities, and the militarization of the police. Even during the current pandemic the LAPD was able to push through increased wages and bonuses for their officers as other services were being cut and other essential workers received no similar raises. . .]

The loss of dignity from minority communities to the state can be correlated with a rise in protections for police officers. As the ongoing protests demonstrate, this long process of augmenting police dignity at the expense of minority communities has worked. What has been transferred, in essence, is not land, but the freedom to act and the protection of law. Police officers are able to act with impunity against the very minority communities they target. Their “takings” appear in the form of various laws: laws that seal complaint records, laws that enable tactics like “stop and frisk,” and laws that enable illegal searches but prohibit individuals from resisting or questioning those searches. Police dignity is further bolstered by unfairly weighted grievance procedures, overseen by police unions, and usually resulting only in light punishments for officer misconduct. Finally, in many states, such as New York, police misdeeds are protected by laws that seal complaint records, and local governments cover officers' tort liability if they are not found to have qualified immunity. These measures have produced unaccountable police officers who view the communities they are supposed to be protecting as their enemies.

Assistant Professor in Residence at the University of Alabama School of Law.