How You Start Is How You Finish? The Slave Patrol and Jim Crow Origins of U.s. Policing

Excerpted From: Connie Hassett-Walker, How You Start Is How You Finish? The Slave Patrol and Jim Crow Origins of U.S. Policing, 46 Human Rights 6 (2021) (Links Omitted) (Full Document) 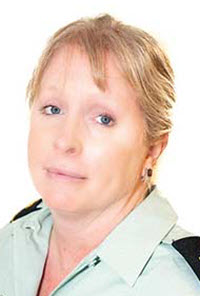 Before the summer of 2020 #BlackLivesMatter demonstrations nationwide following the death in May of George Floyd from a Minneapolis police officer kneeling on his neck; before the 2015 Baltimore, Maryland, protests after the death of Freddie Gray while in police custody; and before the Ferguson, Missouri, protests after the 2014 shooting death of Michael Brown by a police officer (and the lack of indictment of the officer who shot Brown); there were the Los Angeles riots of 1992 after the acquittal of police officers for beating up Rodney King. Before the 1992 Los Angeles riots came the 1965 Watts Riots (also in Los Angeles) after an African American driver and his stepbrother were pulled over by the police. The Watts Riots occurred in August 1965, days after the Voting Rights Act was signed, months after the Selma-to-Montgomery Civil Rights march occurred, and a year after the Civil Rights Act of 1964.

The Civil Rights Act banned segregation in public spaces, as well as employment discrimination based on race, gender, national origin, or religion. Building on this, the Voting Rights Act targeted legal barriers that states and municipalities had erected (e.g., poll taxes, literacy tests) to prevent African American men from voting in the wake of the passage of the Fifteenth Amendment to the U.S. Constitution in 1870. Perhaps it was the possibility that ending discrimination against African Americans might be possible that caused frustration that was previously tamped down to finally became unbearable. Centuries of suppressed anger--over systemic racism, housing discrimination, Black/white income disparities, poverty, police harassment-- finally boiled over in 1965 in Watts, a Black neighborhood in Los Angeles. African Americans took to the street to say, “enough is enough.” Yet, tenuous police/Black community relations arguably haven't improved that much during the past 50 years. The protests, and mistrust, continue to this day.

How did we get here? There are two narratives of how U.S. policing developed. Both are true.

The more commonly known history--the one most college students will hear about in an Introduction to Criminal Justice course--is that American policing can trace its roots back to English policing. It's true that centralized municipal police departments in America began to form in the early nineteenth century, beginning in Boston and subsequently established in New York City; Albany, New York; Chicago; Philadelphia; Newark, New Jersey; and Baltimore. As written by Professor Gary Potter (2013) of Eastern Kentucky University, by the late nineteenth century, all major American cities had a police force. This is the history that doesn't make us feel bad.

While this narrative is correct, it only tells part of the story. Policing in southern slave-holding states followed a different trajectory--one that has roots in slave patrols of the seventeenth and eighteenth centuries and police enforcement of Jim Crow laws in the late nineteenth to mid-twentieth centuries. As per Professor Michael Robinson (2017) of the University of Georgia, the first deaths in America of Black men at the hands of law enforcement “can be traced back as early as 1619 when the first slave ship, a Dutch Man-of-War vessel landed in Point Comfort, Virginia”.

When a relationship begins like this, can citizen mistrust of police ever fully be overcome? Has policing as an institution evolved far enough away from its origins to warrant Black communities' trust?

This article isn't the first public discussion of the history of racism in policing. Indeed, racism in policing is officially acknowledged by the National Law Enforcement Museum. More famously, comedian Dave Chappelle did a bit about it at the Brooklyn club, the Knitting Factory, back in 2015. A piece about the issue, published by the author in 2019 in the scholarly magazine The Conversation, got a lot of traction after the death of George Floyd. As of this writing, over 240,000 people have read that article. The reactions to The Conversation article have varied from positive to negative. Some readers agreed or wrote that it confirmed what they already suspected. Others disagreed (“It's [police/citizen relations] not much better for white people”) or tried to minimize feelings of guilt (“black Americans played a significant role in the slave trade! So there is lots of blame to go around”). A few annoyed readers took the time to send an email rather than simply posting a comment in the comment section. One email received simply said, “Your a moron.” (The author resisted the urge to reply that if the emailer wished to call the author a moron, then the emailer should use proper grammar.)

Why should there be hostility to simply reminding people of the history of events that already happened? After all, we--Americans--did this. Isn't owning one's actions the right thing to do, even if it makes us feel bad for a while? The ugly past should be revisited because there is still a problem with police/community relations with respect to African Americans.

Yet, issues remain, such as racial profiling. In New York City, police stop-and-frisk practices have been the subject of a recent federal lawsuit that found them to be unconstitutional in that they unfairly target Blacks and Hispanics. A new study by Stanford University researchers of 100 million traffic stops nationwide found evidence of racial profiling by officers in stopping drivers (Pierson et al., 2020; https://5harad.com/papers/100M-stops.pdf). The researchers found that Black and Hispanic drivers were stopped and searched more frequently than were white drivers, but this drops after sunset when the driver's race is harder to spot from a police car.

Dr. Connie Hassett-Walker is an assistant professor in the Justice Studies and Sociology Department at Norwich University. She is the author of Black Middle-Class Delinquents (2009, LFB Scholarly Publishing).