The “White” to Bear Arms: How Immunity Provisions in Stand Your Ground Statutes Lead to an Unequal Application of the Law for Black Gun Owners 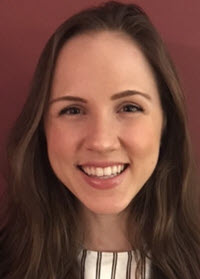 Originally introduced to the United States in 2005, Stand Your Ground (“SYG”) laws came to the forefront of controversy after the shooting of Trayvon Martin in February of 2012. Trayvon Martin, a seventeen-year-old black male, was walking in a gated community in Sanford, Florida on his way to his father's home, when George Zimmerman, a twenty-eight-year-old Latino male and neighborhood-watch volunteer, spotted him and phoned law enforcement. Zimmerman maintained that he called the police because he thought Martin appeared “suspicious” in a hooded sweatshirt, and because there had been recent burglaries in the area that were attributed to young black men. Records show that Zimmerman called the police to report the presence of “suspicious” black men five times that year. During this particular call, law enforcement advised Zimmerman to wait for them to arrive at the scene and not to follow or engage with Martin. After hanging up, however, an alleged altercation broke out between Zimmerman and Martin. Zimmerman claimed Martin was a “threat” and eventually shot Martin with a black Kel Tek 9mm semi-automatic handgun “to save [his] own” life. Zimmerman had a concealed weapons permit at the time of the incident. When law enforcement arrived at the scene, they found Martin's body lying face down on the grass about seventy yards from his father's home; Martin was bleeding from a chest wound, with twenty-two dollars, Skittles, and a can of iced tea in his pockets.

Despite Zimmerman's disregard for the police orders, no arrest was initially made. Additionally, while the Seminole County State Attorney's Office “was consulted the night of Martin's killing ... no prosecutor ever visited the scene.” In fact, Sanford Police Chief Bill Lee insisted, “[b]y Florida Statute, law enforcement was prohibited from making an arrest based of [sic] the facts and circumstances they had at the time.” Lee further explained that police were precluded from making an arrest because “Zimmerman was able to articulate that he was in 'reasonable fear’ of great bodily harm or death,” and that witness statements corroborated this version of the story when law enforcement arrived on scene. The Florida law that “prohibited” Sanford police from making an arrest, and the statute that dissuaded the State Attorney's Office from conducting an initial investigation, was the state's SYG provisions--Sections 776.012 and 776.013, which provide immunity from criminal arrest and prosecution upon a finding that a shooter reasonably believed that the use of deadly force was necessary to prevent his imminent death or grave bodily harm.

Sections 776.012 and 776.013 were in the spotlight yet again in July 2018, when a surveillance video captured the shooting of Markeis McGlockton, a black male, in Clearwater, Florida. A video camera from the parking lot of a convenience store captured Michael Drejka, a white male, approaching McGlockton's parked car and yelling at McGlockton's girlfriend and five-year-old child, who were temporarily parked in a handicap spot as McGlockton was shopping. McGlockton emerged from the store, quickly shoved Drejka to the ground, and began to step away. Despite McGlockton's clear retreat, as caught on tape, Drejka pulled out a concealed firearm and fatally shot McGlockton in the chest.

Similar to the Zimmerman incident and before law enforcement was able to access the surveillance video, officials did not arrest Drejka because they believed that Florida's SYG statute precluded his arrest. Pinellas County Sheriff Bob Gualtieri stated, “[t]o arrest, it must be so clear that, as a matter of law, 'stand your ground’ does not apply in any way to the facts and circumstances that you're presented with.” When asked more specifically why SYG precluded his arrest, Gualtieri responded that the decision not to arrest Drejka was “merely doing what Florida law compels,” as differing witness accounts obliged law enforcement to believe Drejka's own story of reasonable self-defense.

Part I of this Note describes the background of SYG laws in the United State as well as the unique aspects of SYG procedure, including criminal immunity determinations, a presumption of reasonable fear, and pretrial immunity hearings.

Part II examines the demographics of national gun ownership, how legal justifiability of SYG shootings reflect an unequal application of the law, and how a stigma of violence surrounding young black males may play a discriminatory role in immunity determinations in SYG cases. Part II presents factors that currently work against black shooters wanting to utilize self-help in support of a change in current SYG legislation. This includes how implicit biases maintained by law enforcement may impact immunity determinations, how inconsistent applications of immunity determinations are most harmful to black shooters claiming SYG defenses, and how police discretion in determining initial immunity leads to a disparate level of arrest and prosecution of black shooters.

Part III proposes to repeal provisions in the relevant SYG jurisdictions that provide immunity from criminal arrest and prosecution upon a finding of “reasonable” self-defense by police. Part III concludes by presenting some problems of, and limitations to, this proposal, due to the potentially detrimental effect the change may have for black shooters, and the possibility that the ideology behind SYG may still play a role in jury instructions and trial matters.

SYG statutes are problematic--especially those statutes in the six states that place the determination of immunity from criminal arrest and prosecution in the hands of law enforcement. As such, law enforcement is responsible for determining who is reasonable, and therefore legally “justified” in their defense--a determination that is made without a traditional investigation or insight from district attorneys' offices. As a result of the discretion exercised by police at this initial phase, SYG laws seem to unfairly prejudice black gun owners on the basis of biases and social stigmas that view black shooters as inherently unreasonable. Therefore, jurisdictions that provide immunity from arrest should consider rewriting their SYG statutes to repeal these initial determinations, and instead limit immunity determinations to pretrial immunity hearings. While there is no genuine remedy to past discrimination, new legislation addressing these inconsistencies could improve racial inequality under SYG in the future.