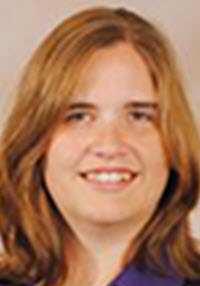 While the attack from a police dog will have a strong psychological effect on any person, African Americans may be at an even greater disadvantage when faced with police dogs because of the extensive history of use of dogs against racial minorities. The picture of white men in positions of power using dogs against African Americans is a powerful and oft-repeated image in American history and culture that resonates today and impacts the way we must view the use of police dogs, at least in certain contexts.

In early American history, before the advent of police dogs, or even modern policing, slaveholders employed dogs frequently in regular patrols and to hunt escaped slaves. Abolitionists like Frederick Douglass and Harriet Beecher Stowe commonly invoked the image of the savage slave-hunting dogs to convince the public of the evils of slavery. These images were not merely fiction or propaganda; they were rooted in the experiences of those held in bondage. In his memoir “Twelve Years a Slave, ” Solomon Northup described the intense fear he experienced being tracked by the slaveholder's dogs:

I stood upon the fence until the dogs had reached the cotton press. In an instant more, their long, savage yells announced they were on my track. Leaping down from my position, I ran towards the swamp. Fear gave me strength, and I exerted it to the utmost. Every few moments I could hear the yelpings of the dogs. They were gaining upon me. Every howl was nearer and nearer. Each moment I expected they would spring upon my back--expected to feel their long teeth sinking into my flesh. There were so many of them, I knew they would tear me to pieces, that they would worry me, at once, to death.

In her novel, “Uncle Tom's Cabin, ” Harriet Beecher Stowe provided a viscerally shocking description of the heroine “Eliza, ” baby in tow, scrambling across an icy Ohio River, escaping the slave trader and his ferocious dogs who were known to have “tore a feller half to pieces.” Stage performances of “Uncle Tom's Cabin” that followed always included a scene of “Eliza” escaping the dogs and the image of the dog chasing and attacking the black man or woman became firmly lodged in the American consciousness.

Had the pitting of dogs against African Americans ended there, the images invoked by abolitionists and former slaves may have fallen into obscurity, but the civil rights era of the 1950s and 60s brought us new images of dogs being used against African Americans, this time by the police. At this time, the police K-9 units were entering the “modern era” in the United States, and more and more were formed around the country. Unfortunately, the use of police dogs in crowd control during protests led, once again, to images of dogs attacking African Americans. In some cases, the incidents could have been attributed to lack of training in the dog or handler, but other instances were born of unabashed racism. The most apparent example arose in Birmingham, Alabama in April of 1963, when police officers used dogs to attack peaceful protesters at the behest of the Police Commissioner, who hurled racial slurs and egged on the handlers and dogs. A photographer captured the image of police dogs, teeth bared, lunging at the protesters, and once again the country had a new iconic image of white men in positions of power using dogs against racial minorities. No longer was Eliza's escape from the bloodhounds in the forefront of American minds; now it was the image of police dogs set upon peaceful protesters. While police dogs have been shown to be effective in certain crowd control situations, the incident in Birmingham and similar events forced many departments to avoid using dogs in crowd control or only employ them as a last resort.

The next watershed moment for police dogs occurred in the 1990s, when the Los Angeles Police Department (“LAPD”) found itself on the hot seat for its use of police dogs in a manner that many believed to be racially discriminatory. The LAPD faced public scrutiny and lawsuits by organizations because of the allegedly discriminatory use of police dogs against racial minorities. In 1991, several civil rights groups, including the American Civil Liberties Union (“ACLU”) and the National Association for the Advancement of Colored People (“NAACP”), along with a number of public interest lawyers, filed a class action lawsuit against the LAPD for its use of canines, claiming they were used most frequently against racial minorities, were often deployed in non-violent situations, and tended to inflict serious injuries. The lawsuit particularly objected to the department's use of the “find and bite” technique, which trains dogs to seek out the suspect and bite when found, only releasing when the officer calls off the dog. Additionally, the lawsuit called for dogs to be used only under the “deadly force” policy when the suspect poses a serious threat of death or serious bodily harm to an officer or another person.

While this lawsuit was eventually settled prior to trial, a group of prominent researchers knowledgeable about the use of force from Temple University and University of California at Los Angeles (“UCLA”) did a qualitative empirical study of the LAPD's and Los Angeles Sheriffs' Department's (“LASD”) use of canines, from data collected around the time period of the lawsuit. The researchers looked at all arrest and search reports of canine handlers during the relevant period. For the LAPD, the researchers looked at all 730 reports of canine encounters during a two-year period from June 1990 through July of 1992. The LASD data included 335 reports for a two-year period spanning January 1989 through December of 1991. While over 90% of the canine bites were to African American or Latino individuals, the researchers found no evidence of racial bias in individual encounters--the dog handlers were not, on an individual basis, singling out black suspects for more harsh treatment using dogs. However, the data did show that “the LAPD deployed its dogs disproportionately to African American neighborhoods.” While the data showed some connection between the deployment of dogs and the rate of crime in the neighborhood, that explanation did not fully account for the disproportionate deployment of canines and suggests that racial bias could be involved at the deployment level.

In 1992, following the public criticism and filing of the class action lawsuit, the LAPD instituted a number of changes to their canine policy, including requiring verbal warnings before a dog was released, requiring a supervisor on scene when a K-9 unit was called, and retraining the dogs to employ a “bark and hold” technique rather than the formerly used “find and bite” method. While these reforms were mostly greeted as positive developments by the community, the debate over the racially-biased use of canines by Los Angeles police continues today.

At least one other police department's use of force by canines was researched during a similar time (1993-1998) and showed no evidence of racial bias in deployment of canines. The 2003 study of the use of police canines in Prince George's County, Maryland showed canines were used more frequently in apprehension of white suspects, and that of all suspects apprehended via use of a canine, whites were more likely to be bitten.

Although dogs have been used in policing in the United States since the early twentieth century, there is a serious lack of research on the use of canines in general and on questions of racial bias in the use of canines. Despite a small handful of empirical studies emanating from complaints about the use of canines during the 1990s, we continue to have a lack of any centralized data collection on use of force generally, or, more specifically, on the use of canine force. While there is evidence of some reforms since the civil rights era, including better training for dogs and handlers, development of policies for the use of police dogs, and refraining from using dogs in crowd control, evidence continues to arise showing that police dogs have a more significant negative impact on African American communities, including more frequent use of canines against African Americans in search and seizure activities.

Even if absolutely no racial bias in use of police dogs currently exists, the historical use of dogs in a racially biased manner may still affect African Americans such that the impact of the use of canines is felt more profoundly in African American communities than in white communities. An example of this impact can be seen in scientific studies of fears and phobias. Specifically, there is some empirical evidence that the employment of dogs in the civil rights era and prior could have led to a greater instance of phobia and fear of dogs in African Americans. Researchers in two studies noted higher rates of fear of dogs in the sample of African Americans surveyed. One theory posited by the researchers was that the antagonistic experiences of former generations with dogs in the civil rights era, and possibly even as far back as the era of slavery, could be passed down through generations and has led to an “insidious psychological vulnerability to dogs.”

While this Article argues that use of police dogs to apprehend any suspect, regardless of race, potentially escalates violence and places the human and dog in an inevitable, violent, and unbeneficial confrontation, in circumstances involving African Americans, that escalation may be even more pronounced. The escalation may occur as a result of the history of using dogs against African Americans and the residual fear, regardless of any bias (or lack thereof) of officers. The use of a police dog may always be volatile, but the use of the dog against an African American can create an untenable situation.

Humans have employed dogs as partners and protectors for millennia. It is nearly undisputed that they are of benefit to policing and at times save officers' lives. When it comes specifically to apprehension of suspects, however, police dogs and the humans they pursue face a no-win situation. Standard human fear response coupled with historical use of dogs in a racially biased manner creates a catch-22. It places both the suspect and the dog in an inevitably violent struggle that is of benefit to neither and often causes serious bodily harm and, at times, even death to the combatants.

Because of the significant numbers of injuries and lawsuits related to police dog bites, at least one law enforcement organization, and even the Justice Department, has acknowledged a need for reform. The default “fix” in these instances is to move from a “find and bite” procedure to a “bark and hold” procedure to reduce the frequency of bites. But “bark and hold” may not be the panacea desired by its proponents. At least one study has shown bite ratios increase rather than decrease when the force changed its procedure to “bark and hold.” Additionally, “bark and hold” is criticized because it gives suspects time to arm themselves, prepare to defend themselves, or escape.

Ultimately, we do not know if “bark and hold” is better than “find and bite” or vice versa, because we have almost no statistical information on use of force with police dogs. Research for this paper revealed an incredible dearth of data. There is not even a good estimate of how many police dogs are working in the country, let alone statistics on the number of apprehensions, or injuries and deaths associated with apprehensions. As discussed above, the data which does exist suggests that police dogs cause significant damage to persons when used in apprehensions, and the dogs themselves are in significant danger. Without comprehensive data, there is very little chance for meaningful reform in this area.