Racism in the Insanity Defense 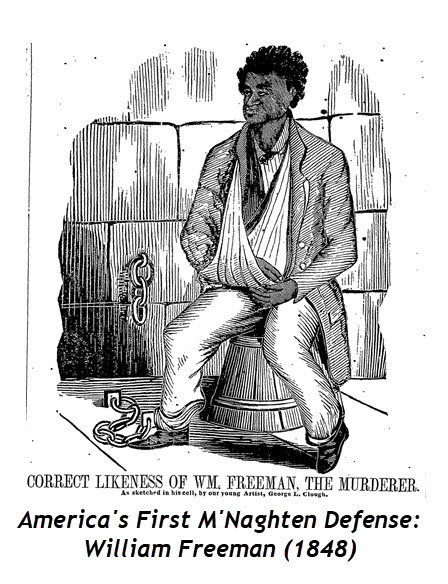 Although many historical and noteworthy events took place in 1994, the top story of the year was the brutal slaying of O.J. Simpson's ex-wife Nicole Simpson and her friend Ronald Goldman. This case clearly involves more than Simpson's success and his notoriety. “Add the race angle (Simpson is black, the victims white)” and a door opens on a new set of controversial issues. The American public has fixated on every detail of this case, including its ever-present racial overtones. How can a racial focus be avoided? It cannot. “Race always comes into play . . . we live in a racist society, and people experience different social worlds as a result of race.”

When the case against Simpson began in June of 1994, some speculation occurred as to whether Simpson would choose to raise the insanity defense. Some aspects of the case, however, cautioned against that defense: Simpson's “Mr. Clean” image, his flight, and the possibility that he could use another defense such as the “sudden quarrel” or the“heat of passion” to lessen the charge against him. The discussion of whether O.J. Simpson would plead insanity was one of the rare aspects of the case that was not analyzed with respect to the impact of race. Interestingly, despite voluminous data available on race and arrests, incarceration, and institutionalization, there is little discussion in the literature and few studies concerning the insanity defense as it relates to race.

Crime, incarceration and detention in the United States is intimately connected with race and racism. Studies repeatedly demonstrate that African-Americans, whether adults or youths, are involuntarily detained disproportionately more often than whites. In one study, overall arrest rates for blacks were four times that of whites, and the arrest rates for murder, in particular, were ten times that of whites. Additionally, blacks outnumbered whites in correctional institutions nine to one. Juvenile offender statistics are comparable, with approximately four nonwhite youths arrested for every white youth and an equal incarceration rate.

Studies of the insanity defense detail those who plead Not Guilty by Reason of Insanity (“NGRI”) as “primarily single, Caucasian, somewhat older and better educated than the usual defendant group, unemployed at the time of the insane offense, and with a history characterized by chronic unemployment, prior psychiatric treatment, drug abuse, alcohol abuse, and previous arrests.” Studies describe successful acquittees as “older and better educated . . . more likely to have been diagnosed as schizophrenic and less likely to have had a history of drug abuse.” These studies find no difference, however, with respect to other variables such as ethnicity. It is difficult to reconcile the finding that the plea of NGRI is entered primarily by Caucasians with the conclusion that there is no racial disparity in groups of successful insanity acquittees.

Studies of the impact of race upon the mental health and the correctional systems, and studies of the public's attitude toward violence and race suggest that race has a considerable impact upon all areas of criminal justice. The conclusion of studies of the insanity defense, that they are race-neutral, seems curious.

This Comment will examine data on race and the insanity defense based on an eight-state study.

Section I explores various studies treating racial disparities in the mental health and the correctional fields, the intersection of these fields in the juvenile and adult justice systems, and how these studies relate to the ethnicity data gathered in various studies on the insanity defense itself.

Section II focuses on the sufficiency of legal mechanisms to prevent racism or to seek redress for racism in applying the insanity defense. It explains other possibilities for the use of empirical studies to assist in the administration of justice.

Section III is a diagnosis of the present system and suggestions for improvement that would allow a more racially-balanced use of the insanity defense from a systemic perspective. This section questions the possibility of treating and neutralizing racism within the criminal justice system.

Finally, Section IV integrates data on race and the suggestions of some practitioners.

According to Joel Dvoskin, “judgments about groups of people can only lead to stigma and discrimination, while judgments about individuals if based on reason and information, can lead to better treatment outcomes and increased safety for the individuals and their communities.” This is the attitude that the criminal justice and mental health systems must adopt to provide due process and fair treatment for all that come before them. Racial discrimination is a very pervasive subject and often taboo in certain situations; yet, it does exist. Although discrimination cannot be proven outright in every situation, it is extremely important that professionals in both the legal and mental health professions be aware of discrimination, and make their decisions on conscious, reasoned information so as not to fall victim to unconscious racism.

African-Americans have been found to be overrepresented in involuntary commitment, the death penalty, and discriminatory sentencing and underrepresented in the opportunity to be rehabilitated in the manner which would be most suitable to their treatment and eventual return to society. If the criminal justice and mental health systems would work together to put aside the prejudices that infiltrate their inner-workings, those who require treatment would have the opportunity to become more equal to those who received the treatment they needed.