The Constructed Identities of Asian and African Americans: A Story of Two Races and the Criminal Justice System

Excerpted From: Sheila A. Bedi, The Constructed Identities of Asian and African Americans: A Story of Two Races and the Criminal Justice System, 19 Harvard BlackLetter Law Journal 181 (Spring, 2003) (86 Footnotes) (Full Document Not Available) 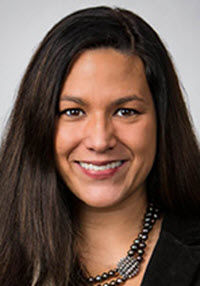 The United States' criminal justice system is a modern form of tribal warfare. However, battles have been raging against racial minorities in the U.S. long before the war on drugs was officially declared. The racism embedded in the criminal justice system is born of the same hatred and fear that spawned slavery, Jim Crow, and exclusionary immigration policy. As law is the weapon of choice in these battles, codified hatred has shaped U.S. history. In their seminal work on the development of racial categories, Michael Omi and Howard Winant refer to slavery, segregation and exclusionary immigration policy as “racial projects.” Specifically, Omi and Winant state that “a racial project is simultaneously an interpretation, representation or explanation of racial dynamics and an effort to reorganize and redistribute resources along particular racial lines.”

According to Omi and Winant, racial projects are considered racist when they “create or reproduc[e] structures of domination based on essentialist categories of race.” An essentialist approach to race is one based on stereotypes and generalizations. For example, slavery was justified by assertions that Africans were an inferior race. Asians were restricted from immigrating to the United States because it was Congress's and the Supreme Court's view that Asians could not assimilate. Modern essentialist approaches to race are found in the stereotype of a violent, young African American male and the perception that Asian Americans will always be foreigners.

In Part II of this Article, I discuss the criminal justice system's general contributions to racial formation in the modern United States, and specifically discuss how criminal law enforcement and adjudication shapes what it means to be African and Asian American in this country.

Part III explores the factual circumstances surrounding the deaths of Malice Green, an African American man who was beaten to death by two white Detroit police officers, and Vincent Chin, an Asian American, also beaten to death by two white Detroit autoworkers. Arguably, both men were killed because their killers took an essentialist view of their victims' racial identities. To his murderers, Malice Green ceased to be an unarmed man and was perceived as some sort of violent super predator. Similarly, Vincent Chin, born and raised in the Midwest, was to his murderers a foreign interloper stealing jobs from red-blooded Americans. In Part III, I examine the portrayals of these men, and the commonalties surrounding the adjudication of their accused.

In conclusion, I draw on the lessons learned from the deaths of Malice and Vincent to argue for coalition building between Asian and African American civil rights organizations, particularly on criminal justice issues.