What We Got Wrong in the War on Drugs

Excerpted From: Mark Osler, What We Got Wrong in the War on Drugs, 17 University of Saint Thomas Law Journal 968 (Spring, 2022) (91 Footnotes) (Full Document) 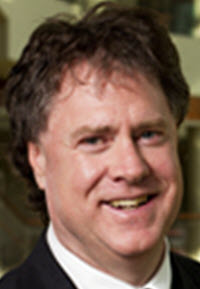 On Friday morning of each week for two years, my phone would ring and each time I would hesitate to answer. The caller was a man named Ronald Blount, an inmate at the federal prison in Beaumont, Texas. I was his lawyer, working on his petition for clemency. I hesitated to answer, because week after week I had no good news to share.

Mr. Blount was serving a life sentence for conspiracy to possess with the intent to distribute crack cocaine. Enhancements built into 21 U.S.C. § 841--directed at drug kingpins--required that the judge impose that life sentence.

Ronald Blount was no kingpin. Rather, he was a hard-core crack addict, the kind that cautionary tales about drugs describe. He had two minor priors for narcotics, one of which involved marijuana. He spent his days begging for change, and his nights sleeping on his mother's porch. Sometimes, he told people where they could buy crack from his brother and his friends, or took them there hoping to get a bit of crack himself. At sentencing, the judge asked Mr. Blount about his involvement, and Mr. Blount described a role so minor that he could not even fairly be called a “seller” of narcotics:

THE DEFENDANT: When they said that I was doing anything, it was nothing more than to get me a piece of rock, and that was probably what they said I--they said I took them to different locations .... I mean, they said--and you heard-- I took them to this place over here to obtain--

THE COURT: Where they got crack.

THE DEFENDANT: They got it from a village where I hang at. I hang at a store begging for nickels and quarters and dimes. I stayed on the front porch of my mama's house, man. I don't--I don't--I don't sell dope. I didn't even have one change of clothes. I had to wash every day, Judge.

I later confirmed it all: the abject poverty, the begging for change in a park, the living on a porch, the addiction, and a level of involvement that did not even rise to the level of street-seller. This man, the poorest person in a poor county in a poor state, addicted to drugs, begging for change in a park; somehow our system locked him away for life and pretended that this routine cruelty was somehow solving a problem.

Two decades later, in 2009, government officials declared an end to the “War on Drugs.” Apparently, drugs won. We spent, we imprisoned, we broke down doors, and yet overall drug use has remained relatively constant. And Ronald Blount remained in prison long after that declaration.

How did that happen? After all, we spent over a trillion dollars and incarcerated millions of people. Such a colossal failure deserves a thousand thoughtful reflections, and the purpose of this essay is to provide just one. With the passage of time, we can now see in full the brutal shape of the beast that we created, and understand the waste of life, money, and freedom that went with it. Perhaps most tragically, our failed approach to narcotics interdiction really hasn't changed, even a decade after the war was lost.

The loss of this war will probably never be fully understood, of course; the whole of it, involving dozens of substances, millions of people, hundreds of law enforcement bodies, and an uncountable number of bad decisions, is too complex to fathom. But I am going to try to describe some of the elements that have probably played a role in this tragedy--a few of the myths that too many people believed, the misunderstandings that undermined success, and the facts we willfully ignored for too long.

The first of these is the myth of race-neutrality. The War on Drugs was never race-neutral, and that fact became more obvious to all as time went on. Even after it was abundantly clear that the War on Drugs was largely a War on Minorities, we did not change course. Participants in the war might say that at the outset of the project they didn't know it was about race, but by the 1990s the proof was so clear that such claims ring hollow.

Next, the War on Drugs never accounted for the fact that drugs are different than other types of crime. It shouldn't surprise us that the strategies and tactics we would bring to bear on other crimes didn't work with drugs. I'll lay out two unique aspects of narcotics that undermined the lock-' em-up approach to narcotics interdiction. First, narcotics crime is cooperative rather than oppositional (that is, the “victims” willingly participate in the crime), muddying the purpose of the project. Second, illegal and legal drugs are inter-related and often fungible, undercutting consistent messaging as one narcotic is advertised on television while another (which does the same thing) is severely punished.

Finally, the War on Drugs never accounted for the fact that narcotics are a market--a big, active, confusing market, subject to the laws of supply and demand. Yet, we didn't use economic models to understand and approach that market. Instead, we used the language and tactics of war and a moral crusade. In so doing, we ignored what could have been better approaches rooted in economic realities. Imprisoning Ronald Blount was never going to deprive anyone of getting some crack. And yet, we built his tragedy on top of systemic racism, spent our treasure for steel bars, and all along ignored what was right before us.

In the end, the most damaging thing about describing the efforts to restrict drugs as a “war” is that it created the illusion that such a war could be “won.” A problem that is deeply woven into our culture was never a good place for the sharp-edged blades of war; to strike at the enemy means bloodying ourselves.

There were always better ways, some of which I have outlined in previous articles, which would have taken these realities into account. But we have chosen none of those better paths.

Perhaps, in the end, no “better” policy will win out. Instead, it could be that we simply tire of the war and stop spending money on what does not work. That is a gentler ending, free from academic hand-wringing, and might be the one we quietly choose.

I have an idea of what that would look like.

In 2016, President Barack Obama granted clemency to Ronald Blount. The Pardon Attorney called me, and I called Mr. Blount in the prison. He had simply been called to the warden's office, not knowing what it was about. I knew him, had prayed with him, and said, “God is good.”

There was a profound moment of silence. He knew what that meant. And, after it sank in, he said, “All the time.”

Those are the moments we must now seek.

Mark Osler is the Robert and Marion Short Distinguished Professor of Law at the University of St. Thomas.