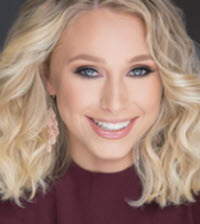 On March 1, 2013, a seven-year-old student at Park Elementary School in Anne Arundel County, Maryland, nibbled his breakfast Pop-Tart into the shape of a gun with his mouth, then showed it to his fellow classmates. “Look-- I made a gun!” he yelled, pointing the pastry towards students at desks and in the hallway. The boy, who was only in second grade at the time, was suspended from school for two days. His disciplinary referral used the word “gun” four times to describe the “incident” and left a mark on the child's permanent record.

It sounds outlandish--a pistol-shaped pastry leading a child to miss valuable time in the classroom. Yet, this scenario is all too familiar for those who are aware of the “zero tolerance” policies and practices that are rampant in our schools today.

Prior to zero tolerance policies and practices, corporal punishment was the dominant disciplinary method used in schools. The use of corporal punishment began to fade in the 1970s, and at that time, out-of-school suspension and expulsion became commonplace as the primary method to enforce discipline in the classroom. The phrase “zero tolerance” was first recorded in 1983. The term was used when the Navy reassigned dozens of submarine crew officials on suspicion of drug abuse. Later, this phrase took hold to describe school programs aimed at addressing drug abuse and gang activity in schools. In the 1990s, after several high profile shootings in schools nationwide--most notably at Columbine High School--the mass introduction of zero tolerance policies in schools began. These policies “mandated strict punitive measures for particular offenses, 'regardless of the gravity of behavior, mitigating circumstances, or situational context.”’ As these policies took root in schools nationwide, the federal government went a step further and passed the Gun-Free Schools Act in 1994. This Act stated that to get federal funding, “states had to enact laws requiring that students be expelled if they brought firearms or other weapons to schools.” When the 1996 school year began, 79% of public schools in the U.S. had adopted these zero tolerance policies to guarantee that they received their funding. By 1999, zero tolerance policies were in full effect in schools across America. There was no room for context or consideration of the circumstances in the stated law. If a child brought their grandfather's pocket watch to the school with a tiny knife attached to it, they would be suspended. If a nine-year-old child finds a manicure kit on the way to school and puts it in their book bag, only to find out it had a one-inch knife in it, they would be suspended. And finally, if a mother puts a small knife in her child's lunchbox to cut an apple, and the student turns the knife in to the teacher, the student would still be expelled. These are just a few examples.

Over time, many schools began to expand these policies beyond firearms, or even beyond lethal weapons, to cover more behaviors and circumstances. Zero tolerance policies began to include drugs, alcohol, disruptive behavior, and nonviolent offenses. Moreover, schools began to create policies that “mandate serious sanctions such as out-of-school suspension or expulsion for a wide range of student behaviors,” which lead to subjective application. These new and more expansive policies were enacted with the “broken glass theory” at the heart of them. The broken glass theory argued that “in order to prevent students from becoming unruly, they must be critically punished for minor offenses, to avoid major ones.” During this same time, two criminal statisticians, James Alan Fox and John DiIulio, demanded more zero tolerance policies as they warned of an increase in juvenile crime perpetrated by “super-predators” who were “job-less, fatherless juveniles.” Although this never materialized, it still led to an embrace of these expansive zero tolerance policies due to an increased fear of these “super predators.”

As these policies with subjective criteria grew, they became open to implicit bias and racialized application against Black youth. In fact, zero tolerance policies, “while believed to be neutral because they require the same consequences for all students, often have significant racialized outcomes when enacted in practice.” youth are punished more severely for less serious and more subjective infractions” than their white counterparts under zero tolerance practices. These racialized outcomes lead not only to racial gaps in discipline at school, but to exposure to the juvenile justice system for Black youth, which is fraught with racial disparities at every step of the process. youth that fall victim to zero tolerance policies are swept into a system that chews them up and spits them out. They are left with lower rates of academic achievement, higher risk of dropout, and higher rates of incarceration as adults.

Zero tolerance policies make zero sense. They lack any real benefit to the school system, and present significant adverse effects on Black youth. In Brown v. Board of Education, the Supreme Court of the United States observed that:

Education is perhaps the most important function of state and local governments .... It is a principal instrument in awakening the child to cultural values, in preparing him for later professional training, and in helping him to adjust normally to his environment .... It is doubtful that any child may reasonably be expected to succeed in life if he is denied the opportunity of an education.

The disproportionate application of zero tolerance policies denies this educational opportunity sixty years after Brown v. Board of Education, and it must be eliminated. There is no real legal challenge available to fight these policies. Instead, legislators at the national level, as well as state legislators and school board officials, should take it upon themselves to reform the law to remove zero tolerance policies from practice and instead apply preventive discipline measures. We can see that there is the framework for the removal of these policies as countries around the world have adopted treaties that keep policies like these from being enacted in those countries. The United States can do the same. We need to do better. Eliminating these policies will ensure that Black youth are not disproportionately removed from school and sent into the juvenile justice system due to disparate application of the policies because of implicit bias. Rather, any youth that needs help will be able to receive it instead of being sent into a juvenile justice system fraught with racial disparities and detriment to youth.