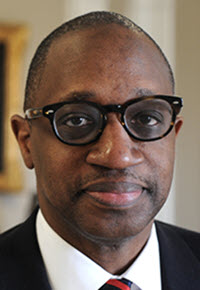 The permanence and adaptability of systemic racism is evinced throughout all levels of society in segregated schools and housing, weakened anti-discrimination laws, and dilution of voting rights protection and political disempowerment. Perhaps no other societal system underscores the devastating impact on African Americans and other communities of color than the criminal justice system. The general prison population has increased more than four-fold since 1980; African American males represent over a third of that total (2.3 million, or 34% of the total 6.8 million correctional population in 2014). African Americans and Latinos comprise approximately 32% of the United States population, yet make up 56% of all incarcerated people. Essentially, the United States is an incarceration nation, as it represents about 5% of the world's population while imprisoning nearly 21% of the world's prisoners. This is a defining feature of the prison industrial complex that continues to undermine basic principles of democracy and justice, disproportionately impacting and displacing people of color.

Conceptually, two extraordinarily searing books--Locking Up Our Own: Crime and Punishment in Black America by Yale law Professor James Forman Jr. and Chokehold: Policing Black Men by Georgetown law Professor Paul Butler--disrupt this binary and explore the structural aspects of disproportionality. Both books illuminate not only disproportionate impact, but also how decisional power and the procedural and punitive architecture of the criminal justice system actually advance inequality as a societal norm. As Butler observes, "the system is broke on purpose."

Forman's Pulitzer Prize winning book uncovers how African American elected officials, through a series of ostensibly neutral and incremental decisions, inadvertently help to erect the edifice of mass incarceration. Essentially, locking up [our] own. Taken literally, the title, Locking Up Our Own, could lead the reader to conclude derisively that Forman is airing the African American community's "dirty laundry," but this conclusion does not acknowledge the complexity of the structural dimensions of race. Without question, neutral rhetoric is indispensable in the maintenance of white supremacy and structural inequality; this effect is especially pronounced in the criminal justice system.

Locking Up Our Own and Chokehold chart a course forward on different conceptual paths: Locking Up Our Own unpacks structural inequality as a series of incremental decisions by African American policymakers and offers an incrementalist approach to dismantling mass incarceration; by contrast, Chokehold advances an argument for transformative social change through a radical restructuring of the criminal justice system. It would be a mistake, however, to view these provocative and insightful works as two extreme poles in the scholarly discourse.

Illuminating the structural dimensions of race, Locking Up Our Own and Chokehold expand a central tenet of Critical Race Theory: intersectionality. Specifically, the move is away from the limited conception of discriminatory intent to a structural critique of how the criminal justice system functions to disproportionately oppress African Americans. Within this systemic analysis, the focus is on race, the criminal justice system, and the multidimensional components of identity. In Locking Up Our Own, Forman identifies how racial identity and assumptions about political solidarity are often disrupted by how the system itself subordinates on the basis of race: "But in focusing on the actions of black officials, I do not minimize the role of whites or of racism in the development of mass incarceration. To the contrary: racism shaped the political, economic, and legal context in which the black community and its elected representative made their choices."

This intersectional analysis rejects race as a simple white-Black binary, and refocuses the inquiry on the structural dimensions of race, by eschewing an essentialist view of Black political and policy-making power. Black power "does not mean merely putting black faces into office. Black visibility is not Black Power. Most of the black politicians ... are not examples of Black Power. The power must be that of a community, and emanate from there." Thus, it is not only that the disproportionate impact of the carceral state falls on African Americans, but also that this structural outcome is further deployed by African Americans with decision-making power.

More expansively, Chokehold breaks ground by re-envisioning intersectionality as race and the Black male body. Without marginalizing the devastating oppression of African American women in history and by the present day carceral state, Butler posits that gender matters for Black men as well; that is, stereotypical depictions of the Black male as hyperbolized predator, societal menace, and perpetual threat lead to the legitimization of state police violence against the African American male. This is the systemic Chokehold.

Part II of this Symposium Essay offers a discussion and analysis of Locking Up Our Own with an emphasis on race and structural decision-making. The ostensibly neutral law enforcement rhetoric espoused by Black activists and policymakers, and a series of small incremental choices, ultimately led to the explosion of mass incarceration. Part II highlights the structural dimensions of race--it is a system premised on slavery, Jim Crow, and the modern carceral state that perpetuates subjugation, not the racial identity of the policymaker. This is precisely why the analytical move away from discriminatory intent, identifiable discrimination, and the discriminatory perpetrator is imperative. Disproportionate impact is systemic. Drawing upon recent book reviews critiquing the theoretical limitations of Forman's exposition of the causes of Black punitiveness, Part II concludes with an exploration of the paradox of race.

Part III analyzes Butler's evocative metaphor--the Chokehold. Here, legitimized state police violence and the life crushing procedural apparatus of the criminal justice system come together. Chokehold is an important work because it unpacks the systemic disproportionalities that impact not only African American males in particular, but also people of color generally in the criminal justice system. It is also a provocative critique of the current neutral rhetoric used to advance the massive punitive power of the state.

There has been a profound shift from law enforcement to social control. The Chokehold is brutal and literal. It is why Eric Garner can't breathe and his murder is legitimized by the presumption of Black male criminality and threat, but it also symbolizes the death grip that structural inequality has on people of color and the poor as evidenced by segregated housing, re-segregated education, food deserts, gentrification and displacement, water poisoning and other forms of environmental racism, disparate mortgage lending, and, last but the most lethal, state-sanctioned and legitimized violence against Black bodies. As Butler points out, "A chokehold is a process of coercing submission that is self-reinforcing."

We are well past the time when we should entertain arguments for neutrality, post-racialism, and incremental reform. As Butler insightfully concludes, "reform has a pacification effect." Fifty years after the assassination of Martin Luther King Jr., we are still confronted with the question: "Where Do We Go From Here?"

Finally, Part IV attempts to answer this question, posed in varying degrees in both books, by offering a structural theory rooted in the Thirteenth Amendment. The Thirteenth Amendment--a constitutional mandate abolishing caste-based oppression and its supporting edifice--is an indispensable analytical starting point in addressing the mechanics of state-based oppression embodied in structural inequality.

Indeed, all of the present day badges and incidents of slavery are directly traceable to the odious institution of slavery. Dismantling structural inequality means translating this constitutional ideal into a societal reality.

This Essay critiqued Locking Up Our Own and Chokehold, two powerfully influential books, in a canon inspired by The New Jim Crow, but expanded into new doctrinal and conceptual directions by positing a structural analysis of race beyond binary Black-white power relationships. Both books unpack the structural dimensions of race, and how decision-making reinforces and advances systemic disparities in mass incarceration and the systemic Chokehold of the criminal justice system. Dismantling structural inequality will be a long and sustained battle against the endemic oppression inherent in America. These provocative calls to action challenge us to begin the work of dismantling the edifice of mass incarceration. We must abolish oppression.