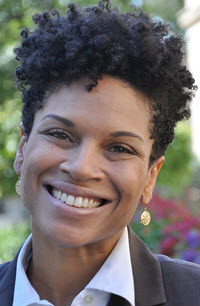 On the forty-seventh anniversary of prison activist George Jackson's death, Heriberto "Sharky" Garcia refused food at Folsom State Prison in California, initiating a national prisoner hunger strike. Since the very possession of a cell phone subjects a prisoner to discipline under the California Department of Corrections and Rehabilitation Operations Manual, Heriberto took great risks when he recorded and posted to social media a scene of himself telling a prison guard, "[b]urritos or not, not eating today ... I'm hunger striking right now." Having no reason to believe the public would appreciate the significance of the strike's chosen start date, or the stated prisoner demands, Heriberto nevertheless peacefully urged the outside free public to examine why prisoners would resort to refuse food for twenty consecutive days. Heriberto clearly understood that to improve the conditions of his strange home--prison--the public must look beyond transgressions in favor of basic human rights. With few other means of addressing the public about prison woes, Heriberto undoubtedly intended this rare prison scene to go viral.

The prisoner hunger strike occurred amidst the backdrop of over two million people behind bars in United States prisons, jails, and other correctional facilities. Although prison overcrowding often presents major offenses to basic human rights, prisoners have no political power to challenge conditions of the prison system. The disparate burdens of the criminal justice system in communities of color are well documented, as are its historical roots in slavery, racism, and black criminalization. Similarly, criminal justice practices like bail bond requirements are documented to penalize the politically powerless poor, and other practices have eliminated large segments of communities of color from meaningful political participation through felon disenfranchisement. Especially in light of the grave consequences for socially oppressed groups, the United States corrections system is in desperate need of repair and transparency. Moreover, it simply doesn't work.

To promote prison accountability, transparency, and public safety, this article proposes an unqualified and unfettered right of prisoner-to-public communication. Although prisoners possess an implied right to communicate with members of the free public, all forms of external prisoner communication are subject to prison administration surveillance. Prison administrator review of prisoner external public communication makes it difficult for the public to obtain the unfiltered prisoner viewpoint, with little penological purpose for doing so.

Narratives about prison treatment are important, especially considering that incarcerated people have inside knowledge about prison life and the social circumstances resulting in the loss of freedom. Incarcerated people are also likely the best providers of prison accountability. Yet, the United States Supreme Court has perpetuated the lack of prison accountability by affording high deference to prison regulations that block free press in prisons and limit the First Amendment rights of prisoners. The resulting lack of corrections industry oversight has silenced the voices of prisoners and subverted their existence.

This article proceeds in several parts. Part I provides a brief description of the increased use of prison in the United States, explaining why the impacts of incarceration and overcrowding warrant consideration of the proposed prisoner-to-public communication right.

Part II discusses the Supreme Court's"hands-off" approach to prisoner rights and prison administration while examining the role of the prisoner rights movement in prisoner rights gains. This discussion illustrates the need for unqualified and unfettered prisoner-to-public communication, while emphasizing the importance of prisoner voice and public accountability in promoting good prison practices.

It is perplexing why any group of American citizens would need to engage in a hunger strike on U.S. soil in order to be heard. As we evaluate our own personage and criminal justice philosophy in seeking reforms that would create significant and sustainable reductions in prison populations, the unfettered prisoner narrative is essential. Providing prison accountability and transparency through unfettered access to the prisoner narrative would encourage prison policies and practices focused more appropriately on prisoner rehabilitation and public safety. In light of the well-documented problems with the criminal justice system for politically powerless groups and knowing what we now know about prison regulation, recognizing an unqualified and unfettered right of public-to-prisoner communication is a necessary step toward transformative criminal justice reform.