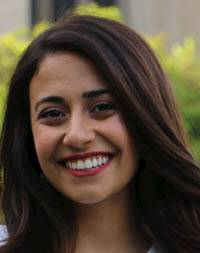 SYSTEMIC and institutionalized racism is woven into the foundation of America. It has been 150 years since the Thirteenth Amendment emancipated enslaved persons. In those 150 years, racist policy-makers and enforcers sought to preserve and reinvent the legacy of slavery, which was legitimized through a caveat in the Thirteenth Amendment, the Labor Clause. While the Amendment declared any slavery or involuntary servitude unconstitutional, the Labor Clause opened the door to the creation of new institutions of forced labor. The horrors of slavery do not solely exist in the past: the mistakes left unresolved by the Thirteenth Amendment still linger today, as evidenced by our modern prison industry, that profits from the exploitative forced labor of an entire class of people.

Any discussion about the American prison system would be incomplete and unjust without first examining the immediate aftermath and long-term effects of slavery. To demonstrate that modern prison labor perpetuates poverty in black communities, this paper will describe the evolution of the forced labor industry, from slavery and convict leasing to prison labor and the prison-industrial complex within our current system. Slavery has never truly been dismantled--with one profitable, exploitative labor force taking the place of another, leaving no opportunity for black Americans as a whole to progress from government-created poverty in their communities. Though an overwhelming number of factors contribute to the continuous physical, social, political, and economic subjugation of black people, this paper will specifically examine the ways in which the American prison system exploits prisoners' cheap labor to manufacture products for a profit while also manufacturing criminals within the black community to maintain that source.

Black people in the United States are confronted with the inherited burden of having to withstand the systems and institutions that were designed to indefinitely oppress black people, hinder black progression, and preserve a white supremacist social hierarchy. Far too many black Americans must beat the system to overcome poverty, defy racism, survive the violence in their government-segregated neighborhoods, and avoid incarceration, as their forced labor is exploited by the very Amendment that liberated them all those years ago. It means carrying the weight of private and government interests in commodifying black bodies so that the rest of America enjoys the fruits of their labor--all while poverty is preserved, yet criminalized, in their own communities. This has been a reality for generations.

Racism is so deeply entrenched in our country's foundation that it has disseminated into all aspects of our society, including, most prominently, our criminal justice system. Historically, legislatures created tailored, racialized laws with the intention that a particular class of people would inevitably violate them, codifying white supremacy and victimizing black people well after commonly recognized slavery was abolished. As a result, slavery never truly ended, with more black people incarcerated today than were enslaved 150 years ago. From slavery to convict leasing, chain gangs, and the modern prison industry, our government has continuously reshaped forced labor systems to serve the state's financial interests at the cost of black lives and freedom.

Advocates of prison industry labor argue that prison labor helps inmates build work skills, reduce their idleness, and lower their chances of recidivation. Yet the argument that prison labor is for the laborers' own benefit fails as soon as the inmates are set free: there are few to no post-release employment opportunities available to them by the same companies that exploit them while they are incarcerated. Prisoners must be given the opportunities to embrace legitimate careers, and they cannot do that when they are building skills for jobs they can never qualify for.

It is clear that economic appeal prevails over inmate rehabilitation, especially since prison labor provides substantial profit for so many different actors. Prisoners should have the rights to work in safe workplace conditions and keep their earnings. The law should serve to protect all individual lives and rights, yet some of the laws in place explicitly exclude prisoners from basic workplace protections. Black peoples' experiences and livelihoods were given little to no weight in the political decision-making around each prior oppressive institution, and today, those who are negatively affected by the prison-industrial complex are disenfranchised from civic engagement after their release. By stripping prisoners of their legal and human rights during their incarceration, then continuing their subjugation through felony disenfranchisement, the government successfully controls the inside of black communities from the outside while suppressing their efforts to represent themselves. This lack of consideration for black voices in creating the policies that disproportionately affect black communities contributes to perpetuating poverty and has allowed the government to continue its subjugation of black communities. While the government and private interests refuse to pay prisoners, their families are stuck with the economic burden of losing a source of income and the inability to build capital. Felony disenfranchisement and economic mistreatment has allowed the government to continue its subjugation of black communities.

In theory, prison labor can provide prisoners with something rewarding and worthwhile. To reduce prison labor's tendency to perpetuate poverty and its negative effects on prisoners, their families, and their communities at home, however, prisoners should at minimum be afforded workplace rights, such as forming unions to negotiate and protect their rights, safe working conditions, minimum wage pay, and the ability to keep their earnings. Most importantly, prisoners should be given the choice to volunteer their labor and should not be penalized for declining to participate in prison industry programs.