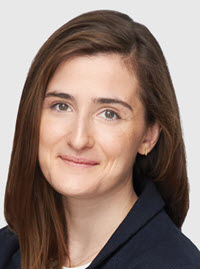 Imagine two people convicted of the same crime in Manchester, Vermont. Both are sent to prison for twenty years and begin their sentences at Granite Correctional Facility, a medium-sized prison about an hour from home. By prison standards, the conditions at Granite are relatively good. The prisoners receive weekly visits from their families and have little trouble getting mail and basic healthcare. They call home each morning and enroll in a job-training program that will earn them up to four years off their sentences.

A year later, when the prison's population swells, a correctional administrator picks up the phone to call her counterpart at Hancock Correctional Center in Nevada. Hancock is a remote prison with few programs and a history of violence. Lockdowns are common, and the prison's warden has been enjoined for failing to provide adequate healthcare. As it turns out, Hancock has extra beds. So the bureaucrats agree to a trade: twenty Vermont prisoners in exchange for $76 per person, per day. After several weeks, one of the Vermont prisoners is placed on a bus to Hancock, where he lives--2775 miles from home--for the next nineteen years. The other prisoner serves fifteen years in Vermont.

Nothing about this story is unlawful. Under current doctrine, prisoners have no right to be incarcerated in the state where they were convicted, and states may trade prisoners-- either for money or for other prisoners--when they wish. In practice, most states export a small percentage of their total prison population. Some states, however, rely on the prisoner trade. Vermont outsources a sixth of its prison population, and Hawaii houses close to half of its prisoners on the mainland. At various points in the last decade, Wyoming exported a third of its prison population, and California shipped roughly 10,000 prisoners to other states. Until last year, La Palma Correctional Facility, a private prison in Arizona, held only people serving California time.

Out-of-state imprisonment is relatively new. Exporting prisoners was illegal in many states until the mid-twentieth century and was uncommon everywhere until states built the infrastructure required to move and monitor prisoners. Then states started to share prison beds, to swap prisoners, and to pay private companies to hold prisoners across state lines. Slowly, state borders grew less salient to the practice of punishment.

The expansion of interstate punishment raises urgent questions about the scope of states' authority to incarcerate and the allocation of responsibility when punishment goes wrong. Interstate prison transfers create serious, unresolved legal conflicts about parole eligibility, habeas relief, and § 1983 liability. They unsettle basic assumptions about the purpose and limits of criminal law. Transfers also prompt deep normative debates about the government's authority to confine people in penal institutions. If the power to imprison arises from a social contract between members of a bounded political community, why is extraterritorial punishment ever permissible? Alternatively, if punishment can be outsourced, why not transfer prisoners more? Could states send all their prisoners to the cheapest prison system? Could one state--say Alaska or Mississippi--become a penal colony for the rest of the country?

Scholars have yet to ask these questions. Perhaps because information on prisoners is so hard to obtain, legal academics have not explored the conceptual and practical problems posed by the unrestricted movement of prisoners within the United States. As a result, scholars, practitioners, lawmakers, and even the judges who impose prison sentences often have no idea where prisoners are held. This is alarming in a system where people are confined for years or decades at a time.

This Article presents the first comprehensive study of the American prisoner trade. Building from legal sources including cases, contracts, handbooks, and internal agency documents, from firsthand accounts offered in interviews with prison officials, and from data obtained through open records requests (and follow-up requests) to all fifty states, the piece advances three claims.

The first is historical: in the last half-century, courts and prison officials have deterritorialized punishment. Interstate transfers represent a stark departure from the territoriality norm in American criminal law. Since the birth of the modern penal institution, state prison systems have been tied to state borders and justified by reference to state criminal law. Indeed, when they drafted their constitutions, many states banned out-of-state confinement for state crimes. This presumption against extraterritorial punishment began to recede as the administrative state expanded and the penal bureaucracy professionalized. It disappeared with mass incarceration, which left many prisons bursting at the seams. By the end of the twentieth century, almost every state had agreed to share prison space and the Supreme Court had upheld the constitutionality of interstate confinement. Today, as a matter of law, state prisoners may be traded at will.

In practice, however, only some states have embraced transfers. The Article's second claim is empirical: most states trade less than three percent of their prisoners, and in the last several years the total number of exported prisoners has ranged from 10,000 to 20,000. This number is small relative to the country's staggering prison population. But certain states--notably, those facing budget and crowding crises--rely on mass transfers to run their prison systems. In the places where transfers are concentrated, outsourcing prisoners is a way to displace the actual and political costs of incarceration when states cannot afford to pay prison officers, provide constitutionally adequate prison conditions, or convince lawmakers to build the number of prisons the state's prosecution and sentencing policies demand. Transfers, in other words, are a safety valve when states incarcerate more people than they are willing or able to confine.

The Article's third, most normative claim is that courts ought to regulate the prisoner trade. Interstate transfers impose serious harms. They limit prisoners' access to courts and family, create perverse incentives to incarcerate, and aggravate the concern that America's reliance on prisons is unsustainable and unjust. At the same time, transfers can have real benefits. As this Article uncovers, prison officials trade prisoners not just to expand prison capacity and avoid the costs of incarceration but also to protect prisoners and provide them with healthcare. The United States delivers a wide array of social services through its prisons, and transfers facilitate more efficient service delivery. In this respect, interstate prison governance allows penal institutions to serve a critical welfare function.

Transfers thus have nuanced consequences for prisoners and societies that depend on imprisonment. This system demands a rule on when trade is permissible. But courts leave the enforcement of criminal sentences to prison administrators, who determine prison placements with almost complete freedom and no oversight. In practice, those administrators make ad hoc decisions that both under- and overuse the interstate transfer system. This Article critiques that approach and proposes an alternative: a transfer regime based on consent. Such a regime would permit cooperative governance while curbing the more troubling aspects of cross-border confinement.

The Article develops these claims in three Parts.

Part I documents the evolution of America's prison network from its creation in the early part of the twentieth century through its expansion at the turn of the twenty-first.

Part III maps the normative stakes of prison transfers and defends the consent requirement as an imperfect but workable solution to the pathologies of the prisoner trade.

This account sharpens critiques of the criminal justice system in several ways. The history of prison transfers contextualizes prison privatization, which is often presented as a unique or new phenomenon. As this Article shows, privatization is only one species of punishment outsourcing. Moreover, while private corporations have exacerbated the dislocation of punishment, they did not invent it. Instead, it was public administrators who pioneered extraterritorial incarceration, paving the way for private companies to build prisons in cheap locations and import prisoners from across the country. This Article connects private prisons to their origins in Progressive Era penal policy.

This study also reorients debates about American penality. The states most often cited in discussions of American imprisonment are those with the biggest, harshest systems and the highest incarceration rates--states like Texas, California, Louisiana, and Alabama. While these states are a key part of the country's penal culture, this Article focuses on a more unlikely set of protagonists: West Virginia, the only state in the nation that still prohibits interstate transfers, and Hawaii and Vermont, left-leaning states that export a significant percentage of their prisoners. Perhaps because transfers are rare at the national scale, or perhaps because they take place in near-total obscurity, scholars have overlooked how transfers function in these states.

Yet, as this Article demonstrates, West Virginia has a protective theory of prisoners' rights, and some blue states with reputations for lenient penal policies overincarcerate and then ship prisoners thousands of miles away. These stories reveal the counterintuitive politics of punishment. They also suggest that the problems with American imprisonment are deeper and less obvious than they can seem from reports on the most high-profile state systems.

This observation, in turn, is a lesson for prison reform. In recent years, debates about how to improve prisons have often focused on measures such as reinvesting state funds, increasing state budgets, closing state prisons, or electing different prosecutors. Given the ease with which states can outsource punishment, these reforms may matter less than one would hope. As the prisoner trade makes plain, taming America's prisons will have to be a durable, national project.

There are several lessons one might take from this account of American punishment. The history of prison transfers illuminates the codependent relationship between bureaucrats, federal courts, and private corporations. The data on transfers reveal pathological dynamics in the postconviction justice system that parallel the better-known pathologies of plea bargaining and criminal sentencing. The normative debate over extraterritorial confinement demonstrates how difficult it is to run a criminal justice system without a clear theory of punishment.

But perhaps the clearest lesson from this Article is that judges, scholars, legislators, and reformers need to ask where America's prisoners are held. The straightforward assumption-- state prisoners live in their state's penal institutions--is wrong, and has been for decades.

This means that, when they impose sentences, judges are authorizing the state to ship people thousands of miles from home. It means that legislators who fund correctional systems, including those who oppose prison construction, are licensing out-of-state punishment. And it means that reformers who want to reduce incarceration rates or improve prison conditions have to coordinate beyond state lines. There is no question that criminal justice is driven by local practices and state budgets. But in an important sense--more than academics or reformers may have realized--the country also has one interlocking penal estate with negotiable boundaries. In an era of tight budgets, divisive politics, and mass mobility, the question is how fluid those borders can become.