Burning in the Melting Pot: American Policing and the Internal Colonization of African Americans

Excerpted From: Sawyer Like, Burning in the Melting Pot: American Policing and the Internal Colonization of African Americans, 22 Rutgers Race & the Law Review 333 (2021) (531 Footnotes) (Full Document) 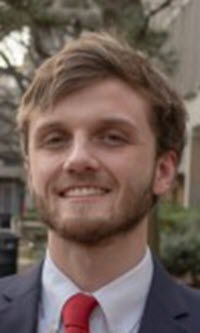 We inherit the belief that the past does not matter - we can start over, we can go beyond the racial thinking that, deep down, nearly every American has known is not a wise way of thinking - the funny and often tragic part being that this anti-historical belief is itself an inheritance from our past.

On May 25, 2020, George Floyd, a 46-year-old African American man, was killed by Derek Chauvin, a Minneapolis Police Department officer. During Floyd's arrest by Chauvin and three other officers, Chauvin knelt on Floyd's neck for nine minutes and 29 seconds. During this time, Floyd said more than 20 times that he couldn't breathe as he cried in pain, begging for his mother.

Less than two days later, racial justice protests erupted in 2,000 cities across all 50 states as more than seven million people took to the streets demanding an end to police brutality and racial injustice towards African Americans. Despite the protests being overwhelmingly peaceful, brutality against protestors by federal, state, and local law enforcement was rampant. Videos emerged of police assaulting peaceful protesters and kettling groups of racial justice advocates. Federal agents aimed crowd-control weapons at protestors' heads, beat street medics applying aid to protestors, and dragged protestors off the street into unmarked vehicles.

As I watched agents of the State murder George Floyd and saw countless acts of police brutality against peaceful police brutality protestors on a nationwide scale, I read the names of recent Black victims of police brutality: Tamir Rice, Eric Garner, Akai Gurley, Aura Rosser, Michelle Cusseaux, Freddie Gray, Philando Castile, Alton Sterling, Stephon Clark, Botham Jean, Atatiana Jefferson, Breonna Taylor, Rayshard Brooks, Daniel Prude, and many others. All of these victims were individuals with hopes, fears, aspirations--all of which had their lives taken by those tasked with protecting and serving Black communities.

While these killings were tragic, their deaths cannot be attributed solely to a few “bad apples” as unfortunate, isolated events. Rather, their deaths--and contemporary racial inequality--are ultimately a consequence of enduring historical processes and structures of colonial domination that have persisted since our nation's founding. While the particular appearance of colonial control may have transformed over time, the logics of colonialism-- containment, erasure, terror, and removal--persist in one form or another, with policing acting as the primary institution through which colonial logics are implemented, managed, and perpetuated. America's modern policing institution was formed in the early 20 century and shaped by the imperial-military regime that governed America's colonized territories overseas. While modern policing was rooted in colonial notions of Black criminality and biological inferiority, racialized policing and systemic discrimination isolated African Americans into “internal colonies”: isolated, economically-deprived urban neighborhoods. As time progressed, police occupation and domination of Black internal colonies were given different justifications, such as “law and order” or anti-narcotics initiatives, while simultaneously maintaining the same colonialist machinations and structures that white American society insists were abolished long ago.

Within this note, I will argue that contemporary American policing, and its relation to racial inequality is merely the newest chapter in a generational process in which the police constitute the front line of a race-and class-stratified social order. First, I will discuss the colonial origins of American policing practices, which are rooted in American empire, and the domination and control of colonized territories. Additionally, I will discuss how operational and structural reforms such as intelligence-gathering and counterinsurgency helped the military to surveil and control colonized populations. Then I will discuss how “imperial feedback” permitted the operations of empire abroad to shape the operations of domestic policing. I will explore how colonial control practices and radicalized homologies were adopted by police, and counterinsurgency and intelligence strategies became standard practice for law enforcement.

Second, I will discuss the Great Migration of Black Migrants from the Jim Crow South and how the “Promised Land” of Northern cities proved to be another form of racial enclosure. I will discuss the social, cultural, and economic developments that spurred racial animosity towards Black migrants. Then I will briefly discuss how racial animosity or “whitelash” manifested through segregative policies and the social construction of Black criminality.

Third, I will discuss how, from the 1910s to the 1970s, reform era policing practices acted as a conduit for white racial animosity and how police viewed themselves as essential in controlling and suppressing the perceived threat associated with racial and ethnic minorities. Finally, I will discuss how the social construct of Black criminality shaped the strategies of police departments in urban areas.

Finally, I will apply the concept of internal colonialism to the “urban ghetto.” I will explore how colonial ideologies and practices helped isolate Black Americans in economically disadvantaged areas. I will explore how these same colonial structures have endured in modernity and perpetuate racial inequality and the subordination of the internally colonized Black population.

This note has demonstrated that the urban ghetto has historically developed as a product of internal colonialism. The urban ghetto arose as a product of racism and a political economy that systematically marginalized African Americans into poor, crime-ridden locations. The creation of the urban ghetto gave rise to social and economic conditions that justified the “forced, involuntary entry” of police into Black spaces. Over time, colonial structures of domination were preserved through transformation; the logics of colonialism persisted, albeit under race-neutral or “color-blind” justifications. While masked through themes such as “law and order,” racialized notions of criminality have served as a justification for increased police militarization. Militarization permitted increased spatial control and external management of urban people, as police transformed into militarized occupiers focusing on the containment of Black communities rather than resolving the structural mechanisms of oppression that shape the urban ghetto.

As American society has attempted to distance itself from a history of racial oppression and inhumanity, it demonstrates the very cognitive dissonance that perpetuates colonialism. It lies in the belief that we are somehow divorced from our past. America has not escaped our past; it is a product of it. Similarly, current racial unrest is not an anomaly; it is a manifestation of the tension that arises when America must square its belief that it is a post-racial society with the continued presence of racialized colonial structures and state violence against Black bodies. There is a burning in the melting pot, fueled by historical pursuits of American empire and the machinations of colonialist domination it perpetuates in modernity. The realization of American values of liberty and equality requires a confrontation of our nation's past and a willingness to change the oppressive structures of the present so that we may create a better, more equitable future.