Early Release Advocacy in the Age of Mass Incarceration 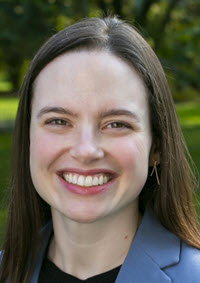 LAIP's work has evolved in response to the emergence and persistence of mass incarceration. In LAIP's early years, law students provided generalist legal aid services to people in prison, assisting them with legal concerns ranging from challenges to their underlying conviction to civil and family law issues. Today, much of LAIP's advocacy focuses on pursuing early release for clinic clients.

“Early release” is an umbrella term that encompasses a variety of procedural mechanisms. In this Essay, I focus on discretionary mechanisms in which the sentencing court judge is the ultimate release decisionmaker. In Wisconsin, these mechanisms include compassionate release, sentence adjustment, and sentence modification. While the availability of early release mechanisms vary widely from state to state, the opportunities for early release advocacy are likely to expand in coming years.

When representing a client seeking early release from prison, advocates should consider making arguments based on the client's experience of incarceration, mitigation investigation, and systemic injustice. The purpose of these advocacy strategies is to strengthen an individual client's chances of early release, but their impact may extend beyond any one case. The early release advocacy strategies described in Part II have the potential to change front-end sentencing practices and, in this way, challenge mass incarceration.