Unjustified Punishment: the Eighth Amendment and Death Sentences in States That Fail to Execute 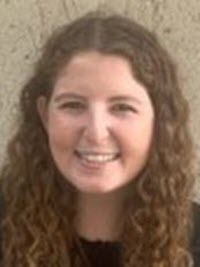 In Part I, I argue that indefinite incarceration on death row under the threat of execution without a likelihood of actual execution amounts to cruel and unusual punishment.

In Part II, I examine the penological purposes for the death penalty, explain that none of these purposes are met in states that fail to conduct timely executions, and conclude that the death penalty is unjustified and unconstitutional in such contexts.

In Part III, I examine the decisions of capital juries and find that capital sentences in states that do not execute individuals on death row impermissibly shift and lessen juror responsibility in violation of the Eighth Amendment.

Finally, in Part IV, I conclude that issues with jury decision-making and sentencing in such states cannot be remedied by means other than the end of capital trials in these states.

There are deeply racist elements to the death penalty that compound all of the impacts and issues addressed in this Article. Other work has discussed the impacts of race and bias on prosecutorial decision-making, jury processes, sentencing, and other aspects of the carceral system. While the racialization of the criminal legal system generally, and the death penalty specifically, is inextricable from any full analysis, this Article does not address the specific impacts of race and bias. Due to space constraints and for clarity of argument, this Article focuses on the following proposition: even if the system treated all individuals equally, the practices mentioned in this Article would still be unconstitutional.

The death penalty remains legal in numerous states that fail to execute individuals either because of practice or due to an existing moratorium. Nonetheless, capital trials continue. However, with no certainty that death sentences will be carried out, the continued allowance of capital sentencing is unconstitutional. Individuals on death row are forced to endure a punishment that differs from that with which they were sentenced--instead of imminent death, they face indefinite time on death row, living in extreme conditions with the constant threat of execution looming. The purposes of punishment that justify the continued use of the death penalty are not served in such a scheme. Further, jurors who are aware that death sentences will not be carried out cannot responsibly, reliably, and in good faith sentence defendants to death in accordance with statutory requirements, even where juror instructions provide guidance. The only constitutionally permissible judicial solution in states that fail to execute individuals on death row is to prohibit new capital trials and capital sentencing.