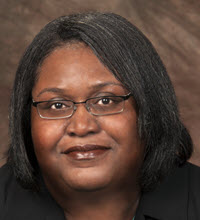 On June 9, 2017, Illinois's Bail Reform Act of 2017 was signed into law by Governor Bruce Rauner. Among other important provisions, the Act creates a presumption that non-monetary release conditions will be granted for defendants, requires that a defendant be provided an attorney for bail determination hearings, provides a bail credit for certain offenses, and authorizes the Illinois Supreme Court to create a non-discriminatory statewide risk assessment tool that could be used to make bail determinations. Despite the crucial improvements to Illinois's bail system achieved through the Act, some advocates argue that further reforms are still needed to protect the rights of defendants related to bail and pretrial release.

In light of the recent bail reforms in Illinois and other states, it is important to consider the growing body of research addressing whether (and, if so, the extent to which) bail outcomes and related pretrial release decisions are connected to the race, ethnicity, and income level of a defendant. Even if the bail and pretrial release policies in a state are intended to be race and income-neutral, racial and income disparities may still result. By examining existing research on this topic, stakeholders in states considering bail reform (including judges, legislators, lawyers, and community members) can truly determine what reforms may be sufficient and what additional reforms may still need to be considered.

This annotated bibliography highlights selected articles and studies examining the effects of a defendant's race and income level on bail determinations and the pretrial detention period. It is not intended to be a comprehensive list of all works available. Works selected for inclusion were published between the years 2000 and 2018 in law reviews and journals meeting specific ranking criteria. Although there are additional articles and studies available on this topic, the exclusion of any work from this annotated bibliography does not indicate any qualitative opinion of that work.

Included in the annotation:

Clanitra Stewart Nejdl is an Assistant Professor on the Law Library Faculty and the Research and Instructional Services Librarian at the David C. Shapiro Memorial Law Library at the Northern Illinois University College of Law.