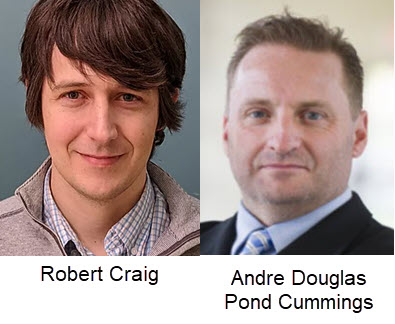 President Richard Nixon declared a “War on Drugs” in 1971. President Ronald Reagan federalized and militarized this “war” in the 1980s. Shortly after the War on Drugs was declared, federalized, and militarized, a private for-profit company in Tennessee sprang up calling itself the Corrections Corporations of America (CCA). The creation of this private prison corporation ushered in a new carceral era where the traditional government function of adjudicating crime, punishment, and imprisonment became intertwined with the corporate governance principles and goals of profit maximization for shareholders; executive compensation based on profits and share price; forward-looking statements forecasting more robust prison populations; and increased profit levels built almost solely on human misery and degradation.

In 1985, Professor Ira Robbins testified to the House Subcommittee on Courts, Civil Liberties, and the Administration of Justice that U.S. jurisdictions considering contracting with private entities for incarceration services should proceed cautiously because there may be serious constitutional and pragmatic concerns with such an arrangement. He penned a law review article further delineating reasons to approach private incarceration with caution and served as the reporter for the American Bar Association's (ABA) Task Force on Privatization of Corrections. That Resolution was adopted at the February 1990 Midyear Meeting as 115B and “urg[ed] that jurisdictions considering authorization of contracts with private corporations or other private entities ... do so with extreme caution ....” The Resolution further recognized that “the imposition and implementation of a sentence of incarceration for a criminal offense is a core function of government ... and there is a strong public interest in having prison and jail systems in which lines of accountability are clear.”

Despite passage of Resolution 115B in 1990, government reliance on private incarceration has since increased approximately sixteen-fold. Private prison corporation directors, executives, managers, and their hired lobbyists currently work doggedly to increase shareholder profits by: (1) influencing carceral policy so that larger numbers of U.S. residents face incarceration; (2) exploiting individuals locked up through private prison labor contracts; (3) lobbying elected government officials to privatize entire state and federal prison systems and increase prison populations; (4) diminishing the quality of food and degree of safety for prisoners in order to cut costs at privately run facilities; (5) drafting legislation and lobbying elected legislators for passage of draconian sentencing guidelines including three-strikes and you're out, mandatory minimums, and illegal immigration detention legislation; (6) bribing judges to fill private prison facilities with children on questionable charges; (7) requiring governments and municipalities that contract for their services to maintain capacity in their private prison facilities at 90% or in some contracts 100%; and (8) building new prisons despite no government contract or inmates to fill them.

Despite Professor Robbins's and the ABA's warning to proceed into prison privatization with extreme caution, what seems undeniable now is that the warning went unheeded and today private prison corporations are driven by perverse and immoral incentives whereby an increase in crime and an increase in the number of human beings placed into America's brutal prisons is good business news for that industry. In reflecting on the fact that United States prison conditions are cruel and dehumanizing, and that so many prisoners are low-level, nonviolent minor drug offenders, the question as to why we as a nation stand for private corporate profit in the realm of human imprisonment must be addressed and resolved. The perverse incentives that drive corporate profit are revealed when a growing population of imprisoned U.S. residents energizes corporate interests. A private prison analyst recently stated that the consistent yearly increase in the prison population “from a business model perspective[] [is] clearly good news.”

Private prison executives and lobbyists seek to increase privatization of the industry by promising that their prisons are run more efficiently at lower costs, with greater safety records, improved facilities, and with greater outcomes for prisoners. However, studies and reports now show that these declarations by private prison executives and lobbyists are deceitful. Private prisons are increasingly being shown to cost contracting governments' more, not less, are less safe, and less economical. The exchange of taxpayer funds from governments and municipalities into the hands of corporate shareholders and executives is nothing more than an unabashed transfer of taxpayer monies into the personal accounts of those with a stake in private prisons--which are being shown to provide no real benefit in return. Private incarceration makes no sense morally, and it is increasingly apparent that the industry makes no sense economically and, in fact, is likely unconstitutional.

In 2005, Professor Robbins again addressed the issue of prison privatization. His conclusions have been updated, including that private prisons are a “lamentable experiment” and “that the concept ... is bad policy ... based on a tenuous legal foundation ... [with] profound moral implications.” Robbins notes the many “routine, quasi-judicial decisions” private vendors make that affect prisoners' welfare and legal status; the daily operations of private prisons that are conducted outside of public supervision; and the financial bias injected into circumstances where private corporations and key employees make more money when more people are imprisoned for longer periods are each lamentable outcomes of a failed experiment. Over the past few decades the United States has seen: the rapid, profitable growth and political influence of the private prison industry; how incarceration-for-profit ensures more incarceration, quashes alternatives to incarceration, and creates a financial bias in jailers against the release of prisoners; and, how mainstream religions have criticized private, for-profit prisons as immoral. There is increasing reason for concern that these private prison corporations will become even more involved at the front end of law enforcement by working with police agencies to make sure their facilities stay filled.

This article will show: first, that mixing profit with the core governmental function of incarceration leads to damaging consequences for prisoners, employees (of both private and public prisons), and the public at large while benefiting a small group of executives and shareholders; second, that the implementation of for-profit incarceration in the United States hampers access to justice, particularly for already marginalized groups; and third, that the serious constitutional concerns noted by Professor Robbins have been borne out, and they now deserve consideration by the United States Supreme Court.

For a myriad of reasons, the very existence of private for-profit incarceration represents questionable and dubious legality. We argue above that on at least six primary grounds private prisons are unconstitutional. Further, we argue above that private prisons are abhorrent on moral grounds, including for the ways that for-profit incarceration wrecks access to justice and diminishes equality in the U.S. criminal justice system. When a carceral regime incentivizes incarcerating more U.S. residents for longer periods of time, with lesser hope for rehabilitation and achieves its ends by offering less safe, less efficient, and less humane prison conditions, then this regime must be confronted.

Private prisons have not been the panacea promised by corporations responsible for selling their use to government entities. From private local jails to private federal prisons, we see rampant prisoner abuse, underqualified and underpaid staff, lack of educational opportunities and rehabilitation programs, and cost savings that vanish on close analysis. Granting such power to private entities violates the constitutional rights of prisoners so housed.