Law as a Eurocentric Enterprise

excerpted from: Kenneth B. Nunn, Law as a Eurocentric Enterprise, 15 Law & Inequality: A Journal of Theory and Practice 323 (Spring 1997) (268 Footnotes) (Full Article)

The white man . . . desires the world and wants it for himself alone. He considers himself predestined to rule the world. He has made it useful to himself. But here are values which do not submit to his rule. --Frantz Fanon 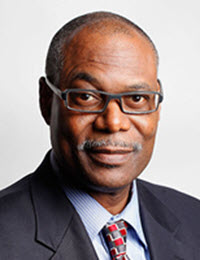 Understandably, the human enterprise can be envisioned and structured in differing ways. It comes as no surprise, then, that Western Europe has developed cultural forms that are distinct. Compared to the world's other cultural traditions, Western European culture is highly materialistic, competitive, individualistic, narcissistic and places great emphasis on the consumption of natural resources and material goods. In addition, European culture tends to take aggressive, domineering stances toward world inhabitants. Consequently, the driving force behind racism, colonialism and group-based oppression is European and European-derived culture.

European culture has produced a legal tradition that, while offered as universal, is distinctly its own. John Henry Merryman describes “legal tradition” as “a set of deeply rooted, historically conditioned attitudes about the nature of law, about the role of law in the society and the polity, about the proper organization and operation of a legal system and about the way law is or should be made, applied, studied, perfected and taught.” According to Merryman, the civil law, common law and socialist law traditions “are all of European origin.” These legal systems, which make up the bulk of what is referred to as “the law,” all “express ideas and embody institutions that have been formed in the European historical and cultural context.”

In the discussion that follows, this Article adopts the theoretical and philosophical position developed by African-centered scholars in the United States and elsewhere to critique western legal thought. This point of view, sometimes known as Afrocentricity, requires the scholar to interrogate knowledge from a position that is grounded in African values and the African ethos. An African-centered perspective is employed here to reveal the normally hidden relationship between white supremacy and law in the Western cultural context.

This Article will address the Eurocentric nature of law and its use as an instrument of cultural domination. Part I explains the concept of Eurocentricity.

Part II explores those attributes of the law that mark it as Eurocentric and make it a tool for cultural hegemony.

Part III explains how law structures institutions of white dominance while legitimating the use of force to protect those institutions.

Finally, Part VI addresses the way law and legal structures limit the political program that may be undertaken by African and other cultural activists. This Article concludes that African communities existing within Western societies must envision new strategies and conceptions of the law in order to liberate themselves and transform the oppressive character of Eurocentric culture.