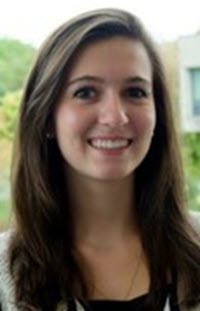 Utica, New York has gained fame as “the town that loves refugees.” During the twentieth century, Utica became a Rust Belt town that experienced economic downturn, industrial decline, and population loss. As the decline left homes and storefronts vacant, the city opened its doors to refugees. The modest influx of migrants helped alleviate labor shortages, shored up city budgets, and brought new vibrance to neighborhoods. The effects of refugee resettlement over the last four decades have been extraordinary, revamping Utica's reputation, restoring the city's dignity, and bringing a fractured community together in support of a humanitarian cause.

This Note argues that policies and practices that welcome and support refugees offer a synergistic solution to the capitalist-induced vulnerabilities of declining American cities. An influx of refugees can spearhead urban renewal and reinvestment in shrinking cities suffering from population loss, dying economies, derelict infrastructure, eroding tax bases, deficient social services, and crime. Reciprocally, shrinking cities can offer unique benefits for refugees if they adopt integration programs and supportive services like those in Utica.

Part I is an overview of shrinking cities in the United States. Part II presents Utica, New York as a case study for the virtuous cycle other declining towns could experience if they embrace, instead of reject, refugees. Part III distills why this pairing could be the panacea for shrinking cities' suffering and refugees' needs. Finally, Part IV proposes policies and practices to expand and support refugee resettlement in shrinking cities and argues that initiatives should be implemented at the federal, state, and local levels in ways that unify communities rather than perpetuate existing divisions.

Policies and practices that welcome and support refugees can offer a synergistic solution to the capitalist-induced vulnerabilities of declining American cities. The case of Utica, New York, provides a model for how foreignness can operate as an agent of (re)founding. Had refugee resettlement not been part and parcel of the city's history for the past forty years, Utica would have been “far diminished and likely unrecognizable.” The myriad benefits of embracing refugees should inspire other shrinking American cities, and our responsibility to help fellow human beings who have been forcibly displaced should transcend any transactional outlook on resettlement.