Covid-19, Courts, and The “Realities of Prison Administration” Part II: the Realities of Litigation 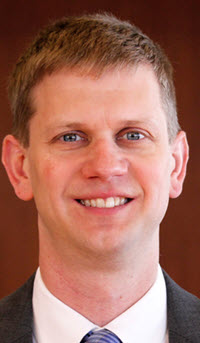 COVID-19 has ravaged the United States, and almost nowhere else has this been felt more acutely than in the nation's prisons and jails. One retired corrections official characterized the situation in prisons as like the one facing the passengers in a cruise ship: the perfect “petri dish” for the spread of the disease. Indeed, the situation seemed far worse for those in jails and prisons compared to those stuck on cruise ships, especially during the early days of the pandemic. Those incarcerated in crowded prisons and jails could not socially distance at all, could not get adequate protective equipment, and were not furnished with hygiene products; officials in prison also could not, or did not, follow the recommended guidelines for preventing the spread of COVID-19. Worse, jails and prisons are not self-contained, and staff, administrators, and released inmates could easily spread COVID-19 into the general population.

The outbreak of COVID-19 in prisons and jails is not all that surprising. Conditions in jails and prisons have always been bad: they were filthy, crowded places before the pandemic, and they were that way after the pandemic as well. If anything, COVID-19 put a spotlight on the ongoing outrage that is the American penal system. But some were hopeful at least that this time, the response might be different: that government officials and the general population would see the need to act quickly to prevent prisons and jails from becoming “super-spreader” locations.

This Article focuses on one means that various parties have used to try to improve prison and jail conditions in the wake of the COVID-19 pandemic and to force change when it was not immediately forthcoming: class-action litigation. While some prosecutors and other government officials have (admirably) taken proactive measures to reduce the risk of a COVID-19 outbreak within jail and prison walls, not all of them have, and some of those efforts have been halting and half-hearted. Accordingly, lawsuits have been filed to force the change that has not been coming, or coming only grudgingly, from correctional institutions. Those suits ask that prisoners be released, or transferred to safer prisons; they ask that inmates be socially distanced, be given soap, and that prison officials themselves follow the Centers for Disease Control and Prevention (CDC) guidelines; they ask that facilities be cleaned and that they stay clean. The lawsuits have been based, when possible, on visits to the prisons by various experts, who interview inmates, guards, and wardens. Behind these lawsuits is the constitutional requirement that conditions in prisons cannot amount to “cruel and unusual punishment[].”

Even in the early phases of the COVID-19 litigation, it was possible to discern a familiar pattern to the litigation: plaintiffs would win victories in the form of injunctive relief at the district level, but then, almost automatically, the appeals court (including the Supreme Court, in some cases) would stay that injunction, putting a pause on any change the prison would have to make. This pattern has asserted itself again and again, with some variation, across the country. Nor can this difference be chalked up to district courts getting it right and appeals courts getting it wrong or vice versa. The gap between them is more complicated, and it requires looking at the dialogue between the district courts and appeals courts across three levels.

The first level simply deals with the facts themselves, and which ones to emphasize, and how--at least as an initial matter--important any set of facts is. The different ways that appeals courts and district courts see the facts are the subject of Part II of this Article. District courts and courts of appeals seem to agree on many of the most basic facts about COVID-19, but not on all. Even when they agree on the facts, they differ on why those facts matter.

This gets us to the second level, or the level of legal argument, where at least some of the difference in emphasis matters. It is the legal arguments where, perhaps most obviously, the district courts and the courts of appeals get their different impressions of the facts; they are looking for different things because their understanding of the law primes them to look in different places. The district courts seem to focus most of their attention on the risks of prisoners getting sick and dying of COVID-19. But the appeals courts, by contrast, seem more impressed with the difficulties of prison administration. Their differing understandings of what the law requires leads them to find some facts more salient than others. The legal analysis of the facts of COVID-19 in prisons and jails is covered in Part III of this Article.

But at a higher level still, we can see differences between the district and appeals courts, at the level almost of philosophy. Philosophy informs the courts' view of the law even if it is not fully articulated, so the legal arguments will in some way, if only implicitly, be part of a larger philosophical argument about the nature of prisons and jails and their relationship to the judicial system. It is at this level that we might fully appreciate the differences that exist between the district courts and the courts of appeals. Part IV of this Article attempts to articulate those contrasting philosophies.

Prison administrators, appeals courts will say, should not be blamed for failing to do the “impossible” in combatting COVID-19. By this, they mean at least partly much of what has been emphasized throughout this Article: that running prisons is very hard, even in the best of times, and prison administrators should be given some leeway in how they manage a rapidly emerging and changing crisis like COVID-19. But in another sense, the courts are meant to be taken much more literally. If prisons do not have the resources to follow CDC guidelines, or if there are legal barriers to doing so, then it simply cannot be deliberate indifference to fail to do the “impossible.” With resource limitations, this may not, strictly speaking, be correct. And even with legal barriers, there is a colorable argument that administrators should not be able to appeal to state and federal laws as to what is or is not “possible” in order to continue to run and operate prisons that are cruel and unusual.

But at the same time, what counts as legally impossible is a function of what the courts of appeals say is legally impossible. And this applies to prison release as much as to other measures designed to reduce the spread of COVID-19 in prisons and jails. If appeals courts signal that some things are just too hard for prisons and jails to do and that they will usually credit the testimony of prison officials over the judgments of district courts, then the appeals courts are actively shaping what is legally possible and not possible. Indirectly, they will be setting the standard for what counts as being indifferent in the face of a pandemic, because if the standard becomes doing something, then most every prison and jail will meet that standard. The boundaries of the legal imagination--what is possible and what is impossible-- are set by the appeals courts and ultimately by the Supreme Court, which has consistently taken the side of prison administrators when the appeals courts do not. District courts will eventually learn to internalize these standards and stop issuing orders that they know will be stayed or reversed.

What we may see, reflecting back on the response to the COVID-19 pandemic, is that the positive action started from places other than the courts and that prisons and jails that wanted to drag their feet, could. Policymakers and executive branch officials were the drivers in combatting COVID-19, not lawyers and district court injunctions. Of course, not all lawsuits have been unsuccessful. And some lawsuits, even if ultimately beaten back, may have prompted at least short-term change. Even failed lawsuits can be useful in generating publicity and gathering information. Those things can lead to changes as well, if only indirectly. But as the latest round of COVID-19 lawsuits have shown again, prison litigation is hard, and winning is even harder.