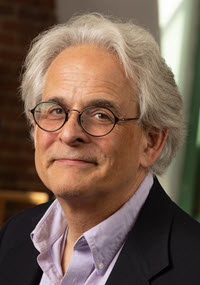 Pandemic diseases have a nasty history of racialization, and COVID-19 is no exception. In 2020, as SARS-Cov-2 took hold and spread through the United States, race quickly entered the narrative framing of those seeking to identify, understand, and respond to the virus. In some ways, the racialization of COVID-19 sadly and predictably echoed older racist tropes of some foreign “other” being responsible for the spread of disease. Invocations of the “China virus” or the “Wuhan Flu” were common, particularly among President Trump and other prominent Republicans, and thereby came to circulate widely among the public. The tropes have persisted, giving rise to increased anti-Asian violence throughout the United States.

The racialization of COVID-19, however, has also proceeded along two other distinct and perhaps more subtly problematic trajectories. First, significant racial disparities in disease incidence and mortality became evident early on. This was not particularly surprising given long-standing disparities in underlying comorbidities and related socioeconomic factors affecting exposure and response to the disease. Nonetheless, as these disparities became evident, a frame of race-based genetic differences emerged as a possible explanation. This is problematic for many reasons, not least of which being the simple fact that racial categories are variable and do not map onto any clearly identifiable genetic groupings. To simply invoke the mantra “race is socially constructed” is not enough. As anthropologist Alan Goodman recently put it: “Race is real, but it's not genetic.” There are, perhaps, crude correlations that can be observed between racial groups and certain biological characteristics. However, as Jonathan Marks has observed, “to the extent that class differences may correlate with biological differences, we can see that the reality of race is as a bio-cultural category--the intersection of natural human differences and the culturally classificatory decisions about what kinds and what amounts of differences matter.” In the specific realm of health disparities, it is useful to consider epidemiologist Nancy Krieger's formulation that race-based health differences can be conceptualized as “biologic expressions of race relations.” The genetic frame diverts attention from the social, environmental or historical conditions that account for COVID-19 disparities, focusing instead on the incorrectly racialized genetic makeup of the affected groups to locate responsibility at the molecular level. Such diversion is not merely incidental. It can have a critical and wide-ranging impact upon how we marshal and deploy resources in the short term; and in the long term it can impede efforts to address the deeper structural issues that COVID-19 disparities have so powerfully brought to light.

Second, following readily upon the heels of this biologization of racial disparities, as vaccine development ramped up there came widespread calls for racially “diversifying” clinical trials for the vaccines being tested. The rationales for such diversification were varied, but tended to reinforce genetic frames of racial difference. Most common was the assertion that vaccines might work differently in Black or Brown bodies, and so racial diversity in trials was imperative for reasons of safety and efficacy. The idea behind racial diversification was that results from trials enrolling predominantly White subjects might not be generalizable to other “populations.” Related to this was a more politically-inflected concern that equitable distribution of vaccines would more readily follow from diversified trials, especially because such diversity would encourage trust among vaccine hesitant groups, particularly African-Americans. Safety, Efficacy, Generalizability, Equity, and Trust thus rapidly came to frame the drive toward racializing vaccine development.

Of course, it is appropriate, indeed, imperative, to be concerned about the racially disparate impact of COVID-19 and also to work to make sure that vaccines are safe, effective, and accessible to all. The problem is not with these overarching concerns, but rather with their being framed in geneticized conceptions of racial difference. Such geneticization is enabled, indeed fueled, by the blurring, conflation, and confusion of biological and social conceptions of diversity. While many stories about race and COVID-19 have emerged and circulated during the pandemic, the dominant narrative located responsibility for racial disparities--both in disease impact and vaccine uptake--on the bodies and minds of those suffering disproportionately from COVID-19. This necessarily diverts attention from the historical and on-going structural factors driving racial inequities in health, and has profound implications both for biomedical understandings of race and for socio-political approaches to addressing issues of racial justice in health.

In the 2003 Affirmative Action case of Grutter v. Bollinger, the Supreme Court affirmed “diversity” as a constitutional rationale for considering race as a factor in higher education admissions. Responding to the decision, Derrick Bell wrote a foundational article titled “Diversity's Distractions.” While acknowledging the importance of increasing minority enrollment colleges and graduate schools, Bell cautioned that “the concept of diversity ... is a serious distraction in the ongoing efforts to achieve racial justice.” For Bell, diversity itself was not a bad thing; however, as a rationale for affirmative action it “enable[d] courts and policymakers to avoid addressing directly the barriers of race and class that adversely affect so many applicants.” Additionally, Bell argued, “[t]he tremendous attention directed at diversity programs diverts concern and sources from the serious barriers of poverty that exclude far more students from entering college than are likely to gain admission under an affirmative action program.” Similar dynamics have been at play in the invocation of diversity to address disparities that have come to light during the COVID-19 pandemic. In the biomedical context of the pandemic response, however, there is the added problem, not confronted by Bell, that diversity not only distracts attention from important structural causes of health injustice, it also focuses attention on genetics in a manner that has the potential to reinforce pernicious and false ideas of essential biological difference among racial groups.

This article argues that an uncritical embrace of the idea of diversity in analyzing and responding to emergent public health crises has the potential to distract us from considering deeper historical and structural formations contributing to racial health disparities. First, in Part I, it proceeds by exploring the dynamics through which initial responses to racial disparities in COVID-19 became geneticized and will then move on to unpack the rationales for such racialization, examine their merits (or lack thereof), and consider their implications for developing an equitable response to pandemic emergencies. Part II will examine the subsequent racialization of clinical trials for COVID-19 vaccines through the concept of “diversity” and will then move on to explore how the geneticization of COVID-19 racial disparities laid the foundations for a similar geneticization of race in vaccine development. In Part III, it will argue that in failing to clearly distinguish social and biological rationales for diversity, such framings are poorly supported; those framings also work in tandem with the geneticization of racial disparities in COVID-19 morbidity and mortality to locate the causes of disparities in the minds and bodies of minoritized populations. This distracts attention from the historical and structural forces contributing to such disparities. Finally, in Part IV, this article concludes by recognizing a certain intractability to the problems of using race in biomedical research and practice, particularly in the context of public health emergencies. It offers modest suggestions for improvement that could have significant practical effects if taken to heart by researchers, clinicians, and policymakers.

Reflecting back upon the first year of COVID-19, we can see that in the short term, vaccine developers did a decent job of enrolling minorities in their clinical trials. In the short term, all of the vaccines have proven to have the same safety and efficacy across races. And in the short term, Black hesitancy has not proved to be a significant obstacle to vaccination. This is all to the good; but let us be careful as we move forward to ensure that the stories we tell of these short-term successes do not further contribute to the narrative that the best way to promote health equity is to focus on purported genetic differences in Black bodies or allegedly misguided attitudes in Black minds. Let us not reflect back upon these victories and find them hard to distinguish from defeat.