Covid-19 — The Law and Limits of Quarantine 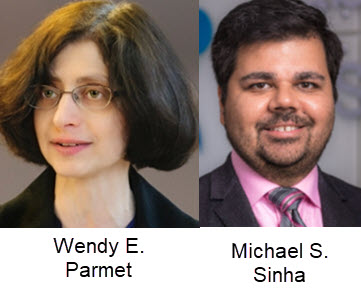 As Covid-19 spreads around the globe, governments have imposed quarantines and travel bans on an unprecedented scale. China locked down whole cities, and Italy has imposed draconian restrictions throughout the country. In the United States, thousands of people have been subjected to legally enforceable quarantines or are in “self-quarantine.” The federal government has also banned entry by non–U.S. nationals traveling from China, Iran, and most of Europe and is screening passengers returning from heavily affected countries. Still, the numbers of cases and deaths continue to rise.

Quarantines and travel bans are often the first response against new infectious diseases. However, these old tools are usually of limited utility for highly transmissible diseases, and if imposed with too heavy a hand, or in too haphazard a manner, they can be counterproductive.1 With a virus such as SARS-CoV-2, they cannot provide a sufficient response.

In public health practice, “quarantine” refers to the separation of persons (or communities) who have been exposed to an infectious disease. “Isolation,” in contrast, applies to the separation of persons who are known to be infected. In U.S. law, however, “quarantine” often refers to both types of interventions, as well as to limits on travel. Isolation and quarantine can be voluntary or imposed by law.

Inside the country, isolation and quarantine orders have traditionally come from the states. Courts have typically upheld these orders in deference to the states’ broad powers to protect public health. Nevertheless, courts have occasionally intervened when a quarantine was unreasonable or when officials failed to follow necessary procedures. For example, in Jew Ho v. Williamson (1900), a federal court struck down a quarantine imposed by San Francisco in response to an outbreak of bubonic plague because it was racially motivated and ill-suited to stop the outbreak.

Although isolation and quarantine orders have been less common in recent decades, many states have isolated patients with tuberculosis who did not adhere to medication regimens.2 At least 18 states quarantined people returning from West Africa during the 2014 Ebola outbreak.3 In March 2019, Rockland County, New York, prohibited all minors who were unvaccinated against measles from entering any place of public assembly. In W.D. v. County of Rockland (2019), a New York State judge struck down that order, ruling that there was no emergency. Most states, however, do not require an emergency declaration in order to issue a quarantine.

The federal quarantine power is limited to preventing the spread of communicable diseases into the country or across state lines. Section 361 of the Public Health Service Act grants the Surgeon General the power (since delegated to the Centers for Disease Control and Prevention [CDC]) to apprehend, detain, or issue a conditional release for the purpose of preventing the introduction into the country, or the spread across state lines, of a quarantinable disease, as designated by executive order (see box). The current list includes “severe acute respiratory syndromes,” which encompasses Covid-19.

* From the Centers for Disease Control and Prevention. Legal authorities for isolation and quarantine. www.cdc.gov/quarantine/aboutlawsregulationsquarantineisolation.html. opens in new tab.

Despite the breadth of its powers, the CDC has generally focused on providing expert guidance to states during outbreaks. In 2017, however, the agency issued new quarantine regulations (codified in 42 Code of Federal Regulations [CFR], parts 70 and 71) suggesting that it would no longer defer to the states. These regulations make clear that, independent of state action, the CDC may isolate, quarantine, examine, or bar travel of anyone within the country who CDC officials reasonably believe may bring a communicable disease into the country or spread it across state lines. When the secretary of health and human services declares a public health emergency, as Secretary Alex Azar did on January 31, these orders can be issued against persons in the precommunicable stage, which begins at a person’s earliest opportunity for exposure to an infection and ends on the latest date at which the person could reasonably be expected to become contagious.

The regulations also commit the CDC to providing medical care for people who are detained, but they may charge insurers for that care. In addition, they establish a multilevel internal administrative review process. But they do not ensure expeditious or independent review of detention orders or travel bans. Moreover, although the CDC stated that it would “seek to use the least restrictive means necessary to prevent the spread of communicable diseases,” the regulations do not require the agency to adhere to that standard. Though the CDC’s quarantine powers permit it to deny entry into the United States for a quarantinable disease, President Trump relied on Sections 212(f) and 215(a) of the Immigration and Naturalization Act to ban Chinese and Iranian nationals from entering the country.

Despite their breadth, the federal and state quarantine powers are subject to important constitutional limitations.2 First, as Jew Ho affirmed, quarantines cannot be imposed in a racially invidious manner. Second, governments must have a strong basis for the restrictions. Looking to case law regarding civil commitment, many scholars and some lower courts have concluded that isolation and quarantine are constitutional only when the government can show by clear and compelling evidence that they are the least restrictive means of protecting the public’s health. However, at least two federal courts reviewing postdetention challenges to Ebola quarantines held that the standard was not sufficiently well established to allow the claims to go forward.3 Third, persons who are detained, or whose liberty is otherwise restricted, are entitled to judicial review — traditionally under the writ of habeas corpus.3 Finally, when governments detain people, they must meet those people’s basic needs, ensuring access to health care, medication, food, and sanitation. Such standards are not only constitutionally compelled: they are critical to ensuring that detained persons comply with orders.

Although we are likely to see greater use of robust social distancing measures, such as school closures or the cancellation of public meetings, broad sanitary cordons — in which geographic areas are quarantined — would raise serious constitutional questions. They also can present numerous logistical challenges and can increase the risk to those living in the restricted zone. Such measures may also have limited efficacy with a highly contagious disease such as Covid-19.4

With community transmission occurring in several parts of the United States, it is time to recognize that travel bans and mandatory quarantines alone cannot end the outbreak. In a public letter to the Trump administration, we (along with more than 800 other public health and legal scholars and organizations) argue that more constructive tools are needed.5

Flattening the curve — slowing the spread of Covid-19 across space and time — is critical. The health care system cannot sustain a massive influx of infectious cases to emergency departments and hospitals. Patients with mild symptoms should stay home when possible. To facilitate this step, workers should be allowed to telecommute wherever it’s feasible to do so. But many low-wage and gig workers cannot afford to stay home. Nor can they handle the economic impact of other social distancing measures that may help to slow transmission. On March 13, the House of Representatives, with President Trump’s support, took the first step by passing the Families First Coronavirus Response Act, which includes provisions for paid sick leave and unemployment insurance for many, but unfortunately not all, workers. As of mid March, the Senate has yet to take up the bill.

We must also reduce hurdles to testing and care. The House bill would provide free testing, but more needs to be done to ensure that testing kits are available. Furthermore, noncitizens must be protected from adverse immigration consequences for seeking testing or care or for complying with contact tracing. Finally, emergency guidance or regulations can be issued to limit the financial impact of high-deductible health plans and “surprise bills” from out-of-network providers for Covid-19 diagnosis or treatment.

Despite the breadth and allure of travel bans and mandatory quarantine, an effective response to Covid-19 requires newer, more creative legal tools. With Covid-19 in our communities, the time has come to imagine and implement public health laws that emphasize support rather than restriction.