#Livingwhileblack in the Era of COVID-19: Race, Space, and Surveillance 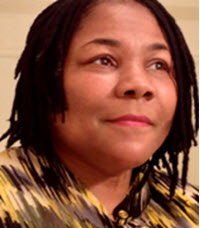 In #LivingWhileBlack: Blackness as Nuisance, Taja-Nia Henderson and Jamila Jefferson-Jones examine incidents wherein white people called 911 to report Black people for occupying spaces that callers believed the Black people in question ought not to occupy. Sadly, these incidents are consistent with the seemingly never-ending instances of vigilante and police detentions, assaults, and killings of Black people who find themselves charged with running afoul of formal legal norms and, just as often, informal, unarticulated norms that seem to apply only to Black people. Such incidents cross class and gender lines, as Black people from all walks of life seem at all times prone to being summarily judged and even executed by agents of the state or by self-deputized private citizens. Few news cycles go by without such an incident coming to light, and those incidents are vested with meanings even beyond their immediate impact, as media representations of the events are systematically "constructed, crafted, curated and circulated." In one recent case in May 2020, a white woman called the police on a Black man in a semi-wild section of Central Park in New York after he asked her to follow park rules and keep her dog leashed. The woman refused and falsely claimed during the call that the man, an avid bird watcher, had threatened her life. Video of the incident revealed the woman's falsehood and sparked widespread anger. In February 2020, a young Black man, Ahmaud Arbery, was chased down, shot, and killed by white men who claimed that he resembled a suspect in neighborhood burglaries. The unfortunate young man was apparently only out for a jog and was scarcely a block from his home. Arbery's killing was a reminder of the distinctly racialized, spatialized, and surveillance legacy of jogging. It has, like so many other such incidents, been captured with a hashtag: #IRunWithMaud.

The COVID-19 crisis, a global pandemic that reached the United States in early 2020 and remains a public health crisis as of the publication of this Article, has also given birth to yet new instances in which Black people are harangued and harassed for being present in public places. During the COVID-19 pandemic, Black people have been targeted for being present in public without masks or for other alleged violations of recently established, frequently changing, sometimes ambiguous, and unevenly enforced public health norms. For instance, the New York Times reported recently that of the forty people arrested in Brooklyn for violating social-distancing rules between March 17 and May 4, 2020, thirty-five were Black, four were Hispanic, and one was white. Some Blacks were beaten and otherwise assaulted in the encounters. In contrast, there were widespread images of New York City police moving among clusters of whites sitting outside closely together in Williamsburg, Long Island City, and Lower Manhattan without charging anyone. Some officers even offered masks to these groups of whites, moving on when they declined. Police behavior in the COVID-19 crisis is a reminder of a famous adage about the metaphoric spatial functioning of law: there must be in-groups whom the law protects but does not bind, alongside out-groups whom the law binds but does not protect.

In most of these #LivingWhileBlack cases (#LWB for short), Henderson and Jefferson-Jones note, the reporting against Black people targeted men, women, and even children who had the right to be present and to engage in the activities for which they were reported or accosted. At other times, the reported activity violated some minor aspect of the civil or criminal law. What unites many of these #LWB incidents is that the public often only became aware of incidents because of the almost ubiquitous presence of cellphone camera videos. The uploading and sharing of videos documenting many of the incidents via social media allowed what would have otherwise been hidden to become "viral." Digital images, sometimes grainy, often taken from curious perspectives and angles, have acted as "white witnesses," offering confirmatory testimony to the treatment of Black people.

This type of "sousveillance"--that is, looking back at the lookers--helps to expose the extent to which anti-Black racism, an issue that has too often been assumed to belong to the past, persists as a part of United States law and culture. The widespread nature of these incidents garnered a number of hashtags, among them: #LWB. This particular hashtag is reminiscent of other "while Black," or "WB," incidents. While Black incidents are a particular expression of racial profiling, "a process in which police officers [or others] use 'race as a [key] factor in deciding who to place under suspicion and/or surveillance."'

Both #LWB and other WB incidents focus on the performance of a particular activity and, in most such incidents, Black people who have been stopped by police or security forces for engaging in all sorts of activities in which they have a right to engage, such as driving or shopping. #LWB, as Henderson and Jefferson-Jones frame it, takes an all-too-familiar problem and offers a startling proposition: the ways in which agents of the state and private citizens have responded to the presence of Black people in some instances suggest that Black people, in their very embodiment or presence, act as undesirable "sensational subjects" and thus may constitute a nuisance.

Henderson and Jefferson-Jones approach their claim by first looking at how the language of nuisance and a sometimes-related concept, trespass to land, are deployed or "weaponized" to counter Black presence. Next, they look at the historical roots of Blackness as nuisance. Finally, they consider the racial entitlements, implicit or explicit, in #LWB incidents. I agree with the authors that, given the ways in which the very presence of Black people has been treated in both law and society, it is fruitful to view Blackness as a perverse form of nuisance and, in some instances, trespass to land. This framing is especially in keeping with the way that both United States nuisance law and the peripherally-related trespass law have been understood over the last century and a half. Henderson and Jefferson-Jones' article is a part of the larger discussion that explains how legal spatial norms like nuisance and trespass combine with norms of surveillance to create deficiencies in Black access to legal rights and civic membership.

In making their case about Blackness as nuisance, Henderson and Jefferson-Jones offer a meaningful addition to existing literature. While following on some scholarship in the area of property, their article is clearly distinct in that it adopts existing normative ideas about the nature of both nuisance and trespass and deploys them in shaping the parameters of an important new analytical and descriptive idea: Blackness is more than just a racial description; it is sometimes perversely deployed as a property tort. The article also raises an implicit point that is little discussed in other literature: the presumed innocence and normalcy of white guilt and the presumed guilt and deviance of Black innocence. This discourse posits the harmlessness of whiteness in parallel with the dangerousness of Blackness. In almost all of the incidents described, there is an assumption that the only Black people worthy of vindication in such matters are those who can show, categorically, that they are not only not guilty of the claims made against them but are additionally not guilty of anything at all. This is part of the reason that media accounts often excavate any criminal or civil violations of Black victims in such matters, notwithstanding the complete irrelevance of such information.

Henderson and Jefferson-Jones observe that there are some moves afoot to obtain relief from #LWB incidents, including federal, state, and local calls for redress. Such initiatives are likely to raise awareness of the problem. But how, they indicate, can Black victims of white callers ever prove that they were the victims of bias, given the absence of proof that plagues many such matters? One way, the authors note, is to intervene with 911 dispatchers and first responders to educate them on the nature of #LWB incidents. This might include training dispatchers and first responders so they have an appreciation for the problem and are able to provide productive advice or guidance. It could also include outsourcing police work. As Henderson and Jefferson-Jones cogently note, "racialized territoriality and entitlements to space and place" are at the heart of the problem. What remains, then, is to redefine the performances that shape the production of norms pertaining to race and space and to thereby broaden the class of people with power to define what, or who, is in or out of place.