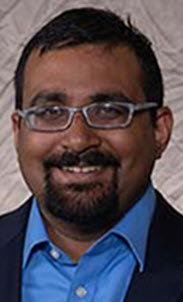 America's COVID-19 pandemic has both devastated and disparately harmed minority communities: 1 in 390 Native Americans and 1 in 555 Black Americans have died of COVID-19, as opposed to 1 in 665 White Americans. These deaths come not merely more often but also earlier: age-adjusted COVID-19 mortality rates in Latino and Pacific Islander communities are respectively around 2.4 and 2.6 times those in white communities, with other minority communities also currently experiencing disparately high mortality at earlier ages. These disparities have been visible at the local level: at one point, approximately 70% of COVID-19 deaths in Chicago and in Louisiana occurred among Black patients--more than twice their representation in the local population. During May 2020, the Navajo Nation experienced the third-highest per capita infection rate in the U.S. and had more deaths than thirteen states combined. Article examines how the allocation of scarce medical treatments should respond to these disparities. Many commentators recognize that vaccine allocation happens against a backdrop of disparities. Though not as widely discussed, novel treatments like remdesivir and monoclonal antibodies raise similar questions. So do emergency interventions such as ventilators and ICU beds. While increasing vaccine supply is slowly obviating the hardest tradeoffs, the challenge of prioritizing outreach among those eligible--even after everyone becomes eligible--will remain.

While the COVID-19 pandemic has deepened most health disparities, including disparities by economic status and education, I focus on racial disparities both because they have been extensively documented and because addressing them presents unique legal challenges. Some have proposed that members of racial groups who have been especially hard-hit by the pandemic should receive priority for scarce treatments. Others have worried that this prioritization misidentifies racial disparities as reflecting biological differences rather than structural racism, or that it will generate mistrust among groups who have previously been harmed by medical research. Still others complain that such prioritization is fundamentally unjust.

Part II, I provide a brief overview of current and proposed treatments for COVID-19 and identify documented or likely scarcities and disparities in access.

In Part III, I explain why randomly allocating scarce medical interventions, as some have proposed, will not effectively address disparities: it both permits unnecessary deaths and concentrates those deaths among people who are more exposed to infection.

In Part IV, I argue that using individual-level racial classifications in allocation policies--as several others have suggested--is precluded by current Supreme Court precedent. A more legally promising strategy would narrow racial disparities by focusing on factors other than race, or potentially by considering race at an aggregate, rather than individual, level. I also argue that policies prioritizing members of Native American tribes can succeed legally even where policies based on race would not.

In Part V, I propose two complementary strategies to narrow racial disparities. One would prioritize individuals who live in disadvantaged geographic areas or work in hard-hit occupations, potentially alongside race-sensitive aggregate metrics like neighborhood segregation. These approaches, like the policies school districts adopted after the Supreme Court rejected individualized racial classifications in education, would narrow disparities without classifying individual recipients by race. The other approach would address stark disparities in early deaths by limiting the use of policies that distribute preventative treatments like vaccines only to people older than a specified age, and by considering the use of policies for the allocation of critical care resources that prioritize the prevention of early deaths.

While this Article focuses on access to scarce treatments during the COVID-19 pandemic, similar disparities have existed for other scarce treatments and during other public health emergencies, from Hurricane Katrina back to smallpox epidemics in the 1860s and even earlier. Realistically, without system-level efforts to address background inequity, these disparities are likely to characterize future pandemics and public health emergencies as well. Therefore, this Article is unfortunately likely to remain relevant beyond the COVID-19 pandemic, and indeed as long as the burden of pandemics remains unfairly borne.

The COVID-19 pandemic has both taken lives and taken them unequally, including by race. The initially tempting approaches of randomly allocating scarce treatments or using individual race to determine access to treatments will fail at effectively and legally stemming this tide. Instead, vaccine and treatment allocation policies that effectively save lives and narrow racial disparities must understand current legal limits on the consideration of race and recognize how policies in other contexts have effectively navigated the current legal landscape. This Article has identified two effective approaches to treatment allocation--facially race-neutral policies that work by considering social and economic sources of vulnerability, often at the neighborhood level, without classifying individuals by race, and policies that prioritize the prevention of early deaths and avoid one-size-fits-all age exclusions. These approaches can both save lives and combat the racial disparities produced by the pandemic while satisfying current law's exacting demands.