Remedying the Health Implications of Structural Racism Through Reparations 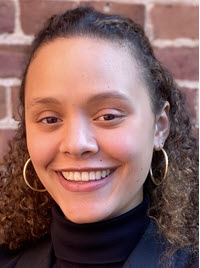 On a slave farm in Alabama in 1844, James Marion Sims founded a small hospital where he conducted experimental procedures and established his legacy as the “Father of Gynecology.” A statue dedicated to Sims's legacy stood on a pedestal outside of the New York Academy of Medicine to honor his work--that is until 2018, when the New York City mayoral commission recommended its removal in an attempt to “reckon[] with history.” The history at issue was the torture and experimentation on enslaved Black women-- including Anarcha, Betsey, and Lucy--whose forced contributions to the fields of obstetrics and gynecology were discarded and erased while Sims's contributions were glorified.

As the historian Deirdre Cooper Owens describes, the medical research that developed from Sims's work, and the work of other white surgeons who experimented on enslaved Black people in pursuit of scientific discovery, was fundamentally flawed. This experimentation was fueled by assumptions about the biological inferiority and higher pain tolerance of Black women. These women were either owned or contracted, and the experiments focused on developing techniques that could be used to treat white patients. The experimenters then returned “treated” Black women to their owners to continue to provide reproductive labor. The medical racism, abuse, and neglect that forged the field of obstetrics and gynecology require not only a reckoning with historical harms, but also with their modern implications for Black birthing people.

The Centers for Disease Control and Prevention (“CDC”) released data in 2019 showing Black women are three times more likely to die from pregnancy-related causes than white women, regardless of education level or economic status. The history of medical abuse cannot be separated from the political and legal pressures that initially exacerbated the demand for Black women's reproductive labor in order to support the growth of the slave population in the United States. The historical demands of reproductive labor, the abuse of enslaved Black women to achieve such demands, and the perpetuation of flawed scientific and medical practices as a result contribute to the ongoing maternal health crisis for Black birthing people.

The CDC has acknowledged that a racial disparity in pregnancy-related deaths exists and attributes the disparity, in part, to “variation in quality healthcare, underlying chronic conditions, structural racism, and implicit bias.” These factors--especially structural racism and implicit bias--are particularly challenging to address due to the long and complicated history of racial oppression that has blurred the causal thread of harms and effects. Black birthing people continue to face disproportionately high adverse birthing outcomes without either (1) a right to maternal health care or (2) an ability to bring a successful legal challenge to obtain relief for harms due to this racial disparity.

The United States legal system is not designed to provide relief for the harms caused by structural racism or racial bias, except in circumstances where discrimination is abundantly clear and intentional. This Note focuses specifically on the relief due to Black birthing people who continue to experience the harms perpetuated by the United States health care system. These harms are preventable, fueled by federal and state action and inaction, and have not been redressed by courts.

In the absence of sufficient legal remedies to address structural racism in the health care system generally and in the disproportionate harms to Black birthing people specifically, structural change is an appropriate remedy to address structural harm. The reproductive labor that was extracted from enslaved Black women to sustain the institution of slavery in the United States has never been properly compensated, and that debt is owed by the federal government for the laws and policies that contributed to this harm. This harm has never been adequately remedied, and the resulting generational trauma that Black birthing people have experienced as a result of this failure is a health crisis that the federal government has a moral obligation to remedy.