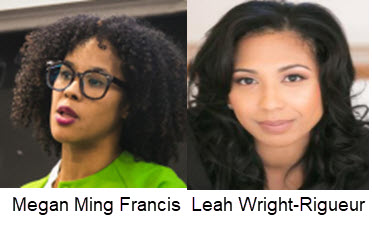 For more than three straight months during the spring and summer of 2020, thousands of protests and rebellions exploded across the country. More than 20 million people, of all races, from large cities to rural locales, marched and protested in a defiant display of public mourning and righteous rage, demanding accountability for the brazen murder of countless Black people at the hands of law enforcement. Their voices, their bodies, and their imaginations have awakened a sleepy nation to the crisis of democracy and the urgency of addressing deeply entrenched racial injustice.

At the peak of the summer 2020 protests, public opinion shifted dramatically on the side of the Black Lives Matter (BLM) movement. A CNN (2020) poll showed that 84% of Americans believe racism is a “big problem” in our society. According to a Guardian/Opinium Research poll, 89% of respondents said that “police violence was a problem” and 65% considered it serious. And a Pew survey reported that 67% of Americans across racial groups expressed support for the “Black Lives Matter movement”. This was in stark contrast to previous years, in which many Americans regularly debated the usefulness of the phrase Black Lives Matter. Perhaps the most important recent shift: Black protestors' calls to reimagine justice, defund the police, and reinvest in community programs--all of which were once considered radical ideas--have made their way into the mainstream of American public thought and action.

The significance of the BLM movement is undeniable. The movement, formed in 2013 after the hashtag #BlackLivesMatter went viral on social media, has now become the largest mass movement for racial justice in US history. The movement has transformed public understanding of the criminal punishment system, shifted the lexicon of justice, and amplified the liberatory imaginations of Black people. For the purposes of this article, it is important to emphasize that the dramatic protests that took place during 2020 were not solely about policing or the criminal punishment system. Violent policing was certainly the spark, but the tinder was the multiple systems that have failed Black people and rendered their lives disposable (Cohen 2010).

This review examines the literature surrounding the historic BLM movement, the emergence of which has shaken the foundations of the domestic and global order. Numerous firsthand accounts from activists on the ground document the origins of the movement and its growth over the years. Black journalists have provided valuable accountings of the intersection between movement activists and state authorities during key moments of struggle. Leading academics have contributed deeply researched analyses that situate the BLM movement alongside interlocking struggles to end structural racism, sexism, and capitalism. Finally, a growing body of legal scholarship examines the impact of BLM on lawyering and the practice of legal scholarship.

In this article, we focus less on examining the current iteration of the BLM movement and more on explicating the longer history of Black people organizing against state-sanctioned violence. As historic as the 2020 BLM protests have been, the issues highlighted therein are not new. The murder of Breonna Taylor in her private home while she was sleeping and the public-spectacle murder of George Floyd are not aberrations from a normal-functioning criminal punishment system. A central component of the Black freedom struggle has been the protection of Black lives from vigilante and state violence. State-sanctioned violence, Black people have articulated over and over again, is a constant. And yet, many scholarly accounts in the social sciences have overlooked the fight to protect Black lives in their overarching analysis of American political and legal institutions. Instead, scholars have often positioned de jure segregation (most often exemplified in the battle over segregated schools) as the central symbol of white supremacy; however, the key marker of white supremacy has always been the wanton exercise of violence by the state and by individuals protected by the state.

Of course, generations of Black activists have been forced to contend with the specter of racial violence as they have engaged in movement building. Numerous historical studies emphasize the persistence of white violence in undercutting civil rights gains. For political theorists, it is the violence of white democracy and an excavation of the struggles that will never render Black people as full citizens. We follow the lead of this important scholarship in documenting the impact of white violence on Black life and on US democracy. In addition, our aim is to account for how Black people have organized over time to contest state-sanctioned violence.

The history of Black protest reveals that the American state does not hold a monopoly on the use of force and that violent state projects can be transformed from the bottom up. Previous research has detailed the centrality of the antilynching fight to the origins of the Black freedom struggle. Another body of established research from political and legal historians focuses on Black urban rebellions in the 1960s in response to failed civil rights promises and increasing police violence. Although the antilynching struggle and the urban rebellions of the 1960s are not often situated along the same narrative arc, we understand these earlier battles focused on state-sanctioned violence as part of the historical genealogy of today's BLM movement. Specifically, research focused on key periods of Black resistance provides a longer lens through which to understand how Black people on the margins of society imagined a safer world and fought against considerable odds to protect their lives from state violence.

This article expands the aperture of how to understand the long fight to protect Black lives from state-sanctioned violence by bringing together research that has often existed on the margins of larger disciplines. Similar to the battle to desegregate public schools, the struggle has been frustratingly long, but unlike the school desegregation battle, the fight to protect Black lives from vigilante and state violence has often been submerged. Judging by the number of special issue journals and research grants that center on the protests emanating from the BLM protests of 2020, there will be a tremendous growth of social science scholarship on the BLM movement ecosystem. Yet, scholars would be wise to remember and engage with the existing research foundations of the contemporary movement; as we argue in this article, it is impossible to understand the protests and rebellions of 2020 without understanding what happened in 2015, 1992, 1968, 1964, 1919, 1909, and 1892.

The massive racial justice protests of 2020 matter both on their own and because they were shaped profoundly by what came before them. For instance, the fight around defunding the police did not suddenly emerge after the killing of George Floyd; it was built on a longer history of prisoner activism, largely unknown to the broader American public. Similarly, the present manifestation of the BLM movement cannot be understood without taking a much longer view. This article is not a comprehensive overview of all of the historical antecedents to the contemporary movement; it is, however, a critical highlight piece, illuminating a key number of foundational touch points. The long Black freedom struggle developed the political language, strategies, and organizing infrastructure that provided the backdrop for the present moment. In what follows, we describe this longer view by focusing on the formative period of the movement at the end of the nineteenth and beginning of the twentieth century: Ida B. Wells's antilynching crusade and the National Association for the Advancement of Colored People's (NAACP's) campaign against lynching and mob violence. The article then transitions toward the mid-1960s, during which the movement developed a specific articulation about police as perpetrators of anti-Black violence through the Mississippi Freedom Democratic Party (MFDP). But it is not just agenda setting; the 1960s provides a lesson about movement strategy in revealing the importance of decentralized leaders and the limits of reform tactics. Finally, we turn our attention to the formation of the contemporary BLM movement.

In the short time since the inception of the BLM movement, its impact on US politics has been “undeniable” (Taylor 2016). The BLM movement has shaken the foundations of how citizens understand their relationship to government and, in a few cases, shifted the actions of political elites. Through an institutional focus, BLM activists have drawn attention to the way discriminatory policing practices are intertwined with persisting housing segregation, racialized welfare state policies, and political reforms that criminalize poverty. In doing so, these protests have underscored the fragility of Black citizenship and the utter failure of American democracy for Black people--not just in the present but over the long durée of American history.

Historically, Black protest has served as a kind of testimony to the nation's most vulnerable, in its ability to expose the bankruptcy of a country that has failed repeatedly at offering equal justice and equality for all of its citizens. Ida B. Wells knew, the NAACP knew, the MFDP knew, and today's courageous protesters know: The system is not made to protect Black lives, and the only way Black people will survive is if they organize and create the conditions in which they can live. We have argued that the BLM movement cannot be explained properly without reference to this longer history. Accounts of BLM must account for the persisting pattern of Black death via violent white mobs, lynchings, and reckless law enforcement. Scholarship that focuses exclusively on the post-2013 manifestation of the BLM movement falters precisely because these accounts cannot explain the origins of the problem and the depths of anger and frustration of Black protesters.

Liberal democracy in the United States has often tried to hide anti-Black violence. The contradiction that state-sanctioned Black death creates is often too much for the liberal state to reconcile. Therefore, the challenge confronting Black activists, across time, who organize around state-sanctioned violence is to make visible that violence. The work of Ida B. Wells, the early NAACP, and the MFDP was centered around different strategies to hold the United States accountable for anti-Black violence. In doing so, the work of these freedom fighters and movements has provided an important organizing archive for current activists to draw upon and for scholars to attend to.