About the Book: Dying While Black 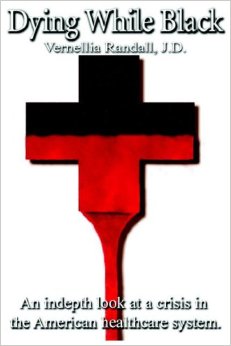 One of the most significant issues to be addressed by the health community is disparities in health and health care for minorities, particularly African Americans. African Americans still suffer from the generational effect of a slave health deficit. African Americans lag behind on nearly every health indicator, including life expectancy, death rates, infant mortality, low birth weight rates, and disease rates. African Americans are sicker than European Americans. Blacks have shorter lives - Blacks are quite literally dying from being black! This black health deficit is directly traceable to the slave health deficit. The slave health deficit that was established during slavery was not relieved during the reconstruction period (1865-1870), Jim Crow Era (1870-1965) , the Affirmative Action Era (1965-1980) or the Racial entrenchment era (1980 to present). Also, established at the time was a health care deficit. That continues to exist.Repairing the health of African Americans will require a multi-facet long term legal and financial commitment. Reparations is not merely a monetary cash payment, Reparation is also an equitable remedy that requires that the harm be repaired not that money be paid.  The United States government because of its legal sanction of slavery, an international crime against humanity, is obligated to do whatever it takes to repair black health. I propose a specific program of equitable, rather than compensatory, reparations including a comprehensive health care civil rights law.

Chapter 1,  "Introduction", provides an overview to the problem to be addressed in this book.  That African Americans are sicker and die at a higher rate than European Americans is a well-documented fact. That current health disparities are directly traceable to slavery is a fact that is not well understood. African Americans still suffer from the generational effects of a slave health deficit. And reparations could repair that deficit. In health and in health care, race matters.  The need to focus on African-American health care and health care reform is overwhelming. Not only are African-Americans sicker than European-Americans, but they are also dying at a significantly higher rate or "Dying While Black."

Chapter 6, "Slavery, Segregation, and Racism: Trusting the Health Care System: It Ain't Always Easy to Trust the Health Care System, discusses the significant distrust towards the health care system in the African American community. This distrust is not just paranoia but is built on a history of abuses that includes experimentation, the Sickle Cell Screening Initiative, family planning/involuntary sterilization, and the complicity of the medical system in justifying racism and discrimination. Rebuilding the trust between African Americans and the health care system will be essential if the "Black Health Deficit" is to be eliminated.

Chapter 8, "Reparations: Repairing Black Health", discusses the legitimacy of the demand for reparations, but restructures the call from a compensation request to an equity request. The Slave Health deficit will be removed only if the United States makes the same a significant and sustained commitment that it made to landing on the moon. in order to eliminate the slave health deficit, the government will need to: (1) eliminate disparities in morbidity and mortality, (2) assure access to health care (3) assure quality health care (4) eliminate racial disparities in health care and health research (5) enhance data collection and (6) enact a comprehensive health care civil rights law. The burden of a slave health deficit has been a continuous burden and will only be relieved lifted with a well-coordinated aggressive and comprehensive reparations and legal program.