Prof. Randall's Note: Since I have been adult, (especially as an African American woman professional) it seems like my whole life is centered around being a bridge between groups that can't seem to communicate directly. About two years ago, my friend Kim O'Leary (who was a former colleague here at the University of Dayton and who teaches at Thomas Cooley Law School) gave me a book This Bridge called by Back, Writings by Radical Women of Color. In it I read The Bridge Poem, by Donna Kate Ruskin.   All I could say was  Hallelujah!! Amen! February 15, 2006) 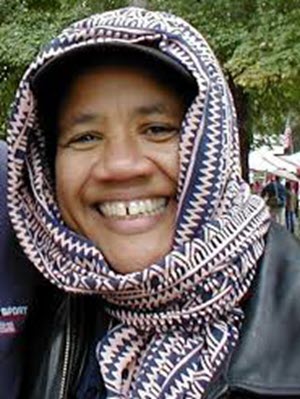 Nobody  Can talk to anybody Without me

Then I've got to explain myself

To everybody  I do more translating  Than the Gawdamn U.N.

Forget it  I'm sick of it

I'm sick of filling in your gaps

I am sick  Of having to remind you to breath Before you suffocate  Your own fool self.

Stretch or drown  Evolve or die

The bridge I must be
Is the Bridge to my own power
I must translate My own fears
Mediate  My own weaknesses
I must be the bridge to nowhere
But my true self  And then
I will be useful.