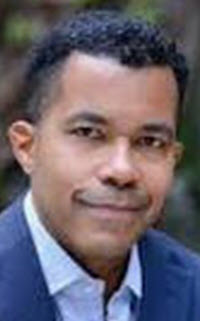 There is really nothing new to say about the distinctive legal and policy issues surrounding affirmative action--one of the most obsessively analyzed and discussed issues in American jurisprudence. Moreover, as racial attitudes and the nature of university admissions have changed, affirmative action matters much less than it once did. What's still interesting is that the affirmative-action wars reflect larger issues, such as the betrayed promise of the civil-rights legislation and the Fourteenth Amendment guarantee of equal protection as well as the dishonesty, denial, and dysfunction surrounding questions of racial justice more generally. I suspect Americans care about the issue to a much greater degree than it deserves because the debate over affirmative action offers a simplified and lower-stakes reflection of the social turmoil and acrimony surrounding these broader questions. Still, like Tolstoy's unhappy family, the conversation surrounding affirmative action is miserable in its own, unique way.

The practical stakes of any future affirmative-action litigation are relatively low. Affirmative action plays a modest role in university admissions today, and there is a growing likelihood that universities will radically change admissions practices in the coming years, reducing reliance on standardized testing, the disparate racial impact it entails, and hence the need for affirmative action.

The anti-affirmative-action lawsuits reflect some sincere and valid misgivings about an admissions process defined by secrecy, misdirection, elitism, and hypercompetitive quasi-meritocracy. But none of these legitimate concerns jibes with the legal theory underlying the lawsuits, which is limited to benign race conscious decision-making. And none of the specific objections to race-conscious affirmative action is worthy of respect as a moral or ethical matter. Those objections are colorable legal claims only because of a deeply misguided, confused and often dishonest equal-protection jurisprudence. Worse, much of the opposition to affirmative action is motivated by a genteel version of the White racial resentment that the Trump era has revealed to be a significant and malignant force in American public life. Almost everyone involved would be better off without yet another round of divisive, insulting, and likely pointless litigation on the issue. But the affirmative-action controversy, while unhappy in its own way, is also a symptom of a more general dysfunction in constitutional jurisprudence and national public culture, and that is what keeps it evergreen. And sadly, the greater good has never stopped a resentful family member from picking a new fight over an old grudge.